For several years, Dr. Paul Maxwell wrote a series of articles for the (fairly fundamentalist) website Desiring God. Given his Ph.D. in theology and the fact that he was a professor at Moody Bible Institute, that seemed like a natural fit. He wrote about dealing with trauma, how to handle the church hurting you, and navigating purity culture.

There’s nothing unusual about any of that. Nothing he wrote, that I can find, delved into culture war narratives or were designed to provoke outrage. He was just a Christian speaking to other Christians.

But this week, he posted an emotional video on Instagram — that was soon deleted — in which he talked about how he was no longer a Christian and how happy he was with his life. Maxwell is also a fitness buff and his social media now seems exclusively focused on that, not his Christianity.

YouTuber Jon Harris (who is a practicing Christian) made a video reacting to this news and he thankfully included Maxwell’s video at the 8:30 mark: 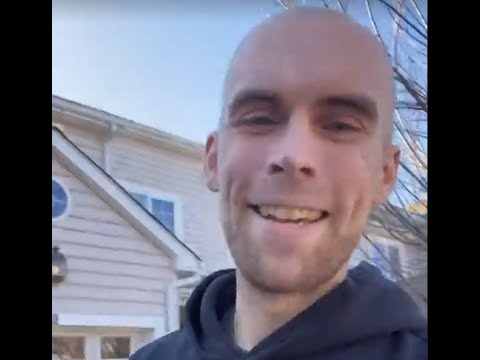 The Christian Post‘s Leah MarieAnn Klett, who first broke this story, has the transcript:

“What I really miss is connection with people,” Maxwell said on his Instagram feed. “What I’ve discovered is that I’m ready to connect again. And I’m kind of ready not to be angry anymore. I love you guys and I love all the friendships and support I’ve built here. And I think it’s important to say that I’m just not a Christian anymore, and it feels really good. I’m really happy.”

“I can’t wait to discover what kind of connection I can have with all of you beautiful people as I try to figure out what’s next,” he added. “I love you guys. I’m in a really good spot. Probably the best spot of my life. I’m so full of joy for the first time. I love my life.”

Maxwell, who has his Ph.D. in theology and has written on the topics of theology, trauma, and fitness, later followed up with a message to those who told him he’s going to Hell and are “not really happy” as a result of his rejection of Christianity.

“I just say, ‘I know that you love me.’ I know, and I receive it as love. I know you care about the eternal state of my soul and you pushed through the social awkwardness of telling me this because you don’t want me to suffer. And that is a good thing. That’s a loving thing to do. And I hear where you’re coming from, and I respect your perspective.”

If you watch that video, it’s obvious this has been weighing on him for a long time. I’m glad he feels free and ready for the next steps in his life. I don’t know what he’s been through. I don’t know what caused his religious beliefs to disappear. I don’t know if he’s an atheist or just someone who knows Christianity no longer makes sense. I also don’t know why he removed that video from his page.

But it takes a lot of courage to come out like that — especially when your followers include so many Christians. So good for him. I’m wishing him the best.

Maxwell is following a number of high-profile Christians who have publicly announced over the past few years that they’re walking away from the faith, including musician Jon Steingard, former purity culture advocate Joshua Harris, and songwriter Marty Sampson.

At some point, it’d be nice to hear from Maxwell more about his deconversion. I think it’d help a lot of others who may be in his situation, especially since no one can doubt Maxwell’s Christian background. This is someone who was genuinely “saved” as a teen, went to a Christian school, studied the Bible intensely, and wrote for an evangelical publication. You can’t pretend he was never truly a believer.

But he also doesn’t owe anyone that story.

If he’s happy no longer being Christian, then may he continue that journey in peace without believers trying to “fix” him.