According to a video leaked by an anonymous source and now publicized by the Philadelphia Inquirer, there’s evidence of a staffer for the Jehovah’s Witnesses urging leaders to destroy information that could possibly incriminate them in scandals involving the sexual abuse of children.

The speech was delivered to elders during a 2017 seminar in Britain. 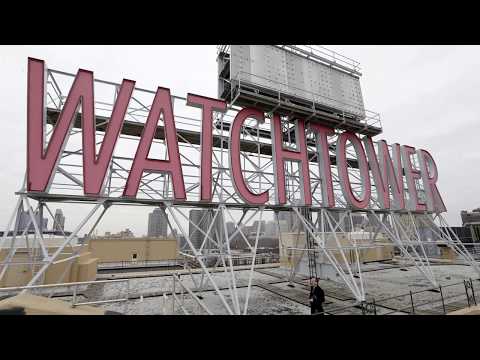 Shawn Bartlett, the Witnesses’ record management overseer, explained that handwritten notes and drafts of internal documents needed to be destroyed because of the potential legal harm they posed to the organization, which has eight million followers worldwide and more than a dozen congregations in the Philadelphia area.

“Well, we know that the scene of this world is changing, and we know Satan’s coming after us, and he’s going to go for us legally. We can see by the way things are shaping up. So the organization has said, ‘We’ve run into difficulties in the past because of the records we have.’”

Satan’s not coming after anybody. It’s former Witnesses who have been leading the charge as whistleblowers. And the difficulties don’t stem from the records, but the ideas themselves. It’s like blaming the existence of a bloody glove for your inability to get away with murder — you’re focusing on the wrong problem.

The Witnesses have been under fire in recent years over its mishandling of abuse allegations. Class-action lawsuits worth tens of millions of dollars have been filed in both Quebec and Ontario insisting that the group’s policies protected leaders who abused children.

For example, the Watchtower Society promotes what’s known as the “Two-Witness rule,” which says church elders shouldn’t take seriously a victim’s account of abuse unless another person witnessed it… even though the only other person around may have be the abuser himself. An Australian Commission also said many of the abusers weren’t disciplined in any significant way. In some cases, they were even allowed to remain in the organization, giving them an opportunity to strike again.

All of that is on top of a $2,000,000 fine levied against the religious group by a California judge for not turning in a list of hundreds of suspected child molesters in the organization.

It’s unclear if this video could be used as evidence in any criminal investigation, but it does seem clear that the Witnesses are more worried about covering their own asses than protecting the children in their care.

(Portions of this article were posted earlier. Thanks to Brian for the link)