Roy Moore isn’t a man who makes good life decisions, and his latest mistake is picking a Twitter fight with someone who’s smarter than him.
Yesterday, he went after talk show host Jimmy Kimmel after a frequent character heckled him during a church rally in Alabama. But how Moore responded showed his questionable judgment:

.@jimmykimmel If you want to mock our Christian values, come down here to Alabama and do it man to man. #ALSen https://t.co/E7oQB9D83P

Kimmel, of course, had the perfect response:

Sounds great Roy – let me know when you get some Christian values and I’ll be there!

Those aren’t just hollow words. Kimmel is Catholic and a former altar boy who still believes in God. (I criticized him in the past for his ignorance about atheism.) So Moore wasn’t just going after liberal Hollywood. He was really telling a fellow Christian that he wasn’t being properly faithful.
Kimmel then elaborated on the whole exchange during last night’s show, spending plenty of time condemning Moore, explaining his alleged indiscretions, and talking about why his faith isn’t devoid of morality as Moore’s seems to be. 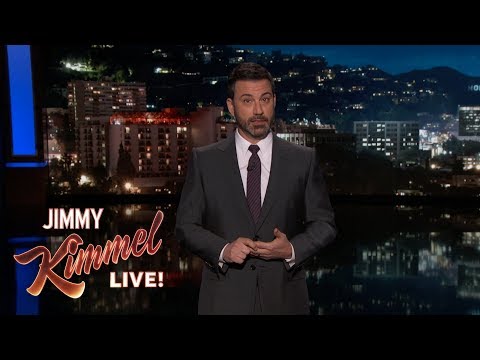 … So if you’re open to it, when we sit down, I will share with you what I learned at my church: At my church, forcing yourself on underage girls is a no-no…
…
… But when you commit a sin at our church… we’re encouraged to confess and ask for forgiveness for the sin, not to call the women you allegedly victimized liars and damage them even more…

To be sure, the Catholic Church isn’t the best example of a place that handles accusations of molestation correctly, but Kimmel’s point is taken. Moore wants to pick fights with other people who believe in the same God as him, as if he’s a better Christian than everybody else, but he won’t debate his opponent Doug Jones, and he won’t admit any wrongdoing, and he won’t take responsibility for any of the myriad awful things he’s done over the years putting his faith above the law.
I doubt Moore’s supporters care what Kimmel has to say, but if Kimmel can insert himself into the Alabama Senate race the way he injected himself into the health care debate, and sway some of those moderates in a neck-and-neck race, it would be an incredible contribution to society.