You may recall the story of Margaret Doughty, the 64-year-old who was denied citizenship in America because she was an atheist.

When asked if she would “take up arms in defense of the United States,” she told them she would not because her moral convictions as an atheist prevented her from fighting in a war. U.S. Citizenship and Immigration Services (USCIS) initially told her that if she had a “conscientious objection,” it had to be on religious grounds and not moral ones. But they eventually caved in after an internet uproar and some help from a Republican representative from Tennessee.
The Humanists of Houston invited Doughty to speak about her life and the controversy at an event in November and her speech is now up online: 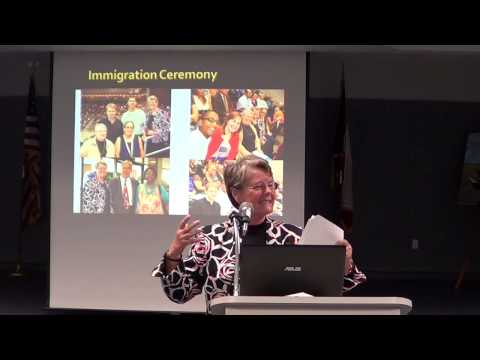 Check it out! Please leave any notable timestamps and summaries in the comments.