Filmmaker Scott Burdick — who released his previous documentary online for free — has just done the same thing with his latest project: Sophia Investigates The Good News Club. It’s an insider’s look at the Christian group that tries to “set up evangelical ministries in public elementary schools”: 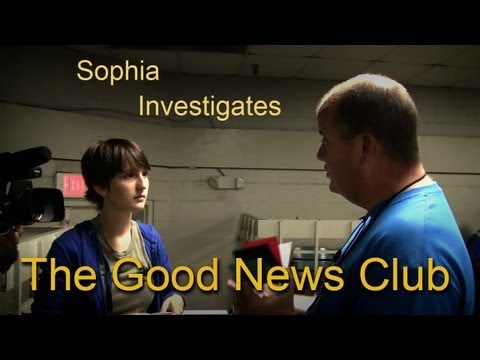 I have to mention, of course, that Katherine Stewart wrote a fantastic (and terrifying) book about this organization.

I haven’t been able to watch Burdick’s movie yet, but I hope to watch it soon. If you see any interesting parts, please leave the timestamp and summary in the comments!

***Update***: In response to Frank’s comment below, Katherine Stewart wrote the following:

Your comment on the law is flatly wrong, and ignores both a practical reality and an obvious theoretical problem in the Good News Club v. Milford Central School Supreme Court decision.

The theoretical gap opened up by the Good News Club decision is this: that according to the Supreme Court decision, to exclude a religious group such as the Good News Club, because it is religious in nature, is ipso facto to discriminate against its religious viewpoint, whereas to exclude a karate club or any other category of activity does not necessarily involve discrimination. I recommend that you read Clarence Thomas’s majority opinion on that case before you make further comment.

But more important is the practical reality. The Good News Club has its name on a Supreme Court decision. It has the ready backing of groups like the ADF and Liberty Counsel, and school administrators know very well that excluding it presents a much graver legal risk than excluding your typical yoga club or dancing club.

Now I want to address your specious suggestion that I (and the atheists you are including along with me) are hypocritical in wanting to exclude only Christian or evangelical programs. The freethought or secular clubs with which I am familiar are all at the high school level and are student-initiated. I have never raised, nor do I find, any serious objection to allowing students to form their own after-school clubs, faith-based or otherwise, provided they do not interfere with the school’s educational purpose and they comply with codes of student conduct.

However, Good News Clubs meet in public elementary schools. They aim at very young kids, children as young as four and five years old, and they are all entirely adult-led. Their aim is quite clearly to confuse small children about the connection between their school and a particular religion.

If atheists, Muslims, Jews, or any other group were to insist on opening a network of thousands of adult-led clubs for public school kindergarteners and were to reward them with candy and prizes for recruiting their fellows, systematically attempted to deceive parents about the nature of the teachings they were offering, and misrepresented their activity as “study” rather than proselytizing, well then I would write a book about it and oppose it vigorously. And may I point out that in my book, I do write about programs sponsored by the Kabbalah Center and the Scientologists that I consider inappropriate.

May I also point out that quite a number of people who, by your lights, must be persecuting Christians by opposing the Good News Cubs are in fact themselves Christians. They just happen to believe in the constitutional principle of the Separation of Church and State.