I posted recently about Nebraska State Senator Ernie Chambers. He served for 38 years starting in 1970, making him the longest-serving senator in the state’s history, until he was term-limited out in 2008. When he was eligible to run again last november, he ran and won handily.

Chambers is one of the few non-theistic, high-ranking politicians in the country. He’s also African-American and a powerhouse legislator.

Recently, the legislature held hearings on three bills that would affect LGBT residents: LB380, LB485, and LB385, which deal with things like prohibiting discrimination and allowing unmarried couples (including gay ones) to adopt children.

As you might imagine, Christian groups want to be able to discriminate against gays and lesbians and they certainly don’t want them to be able to adopt children.

Chambers was a voice of reason (and hilarity) no matters who delivered testimony against the bills.

Case in point, during the hearings, Christian Gordon Opp testified about how he used to be gay but turned straight. (Magic!) He argued that these bills would “violate my freedom to hold the belief that homosexuality is not equal to heterosexuality.” Being gay is a choice, dammit! Opp, steeped in ignorance of science, added that if homosexuality were genetic, then every twin of a gay person would also be gay. Because, in his mind, genetics is an all or nothing proposition…

After minutes of hearing this, Chambers jumped in… (Around the 3:17 mark. You may need earbuds to hear this properly): 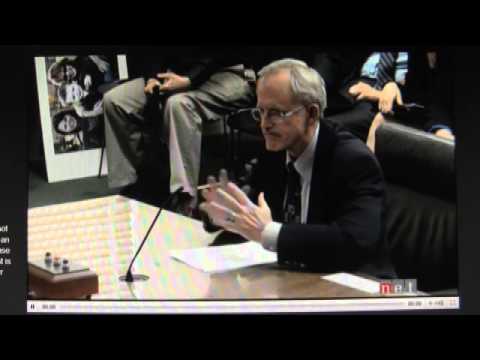 Chambers: Are you a geneticist?

Chambers: You said if there are identical twins, if one were homosexual, the other would be also, if it were a genetic trait. Is that what you said?… You can just say you’d rather not answer…

Opp: … Yes, if the trait were simply genetic.

Chambers: You don’t have to argue, because I’m not trying to make you say what you might think I’m trying to get you to say. I’m just asking questions. When you answer, that’s all I ask. Now, when you were homosexual in your orientation, were you a practicing homosexual?

Chambers: Did you enjoy the sex that you had?

Chambers: That’s alright. We have a lot of Christians in this room and they do not respect the rules as they should. And I’m accustomed to that. [Back to Opp] Now, you brought up the fact that you practiced homosexuality. Did you enjoy the sex that you had, when you were having it?

Opp: I’ll be glad to answer that. But can I also give a little explanation? I think that’s not just a yes or no answer.

Opp: Of course I enjoy that…

Chambers: So, might it be, that you were neither homosexual or heterosexual, but bisexual?…

Opp: I did enjoy the homosexual sex, but for the wrong reasons. I learned the lie that it was. That it was trying to meet needs that I shouldn’t get met in a sexual way, and that’s true for a lot of different people… have different types of sexual issues.

Chambers: I’m not even questioning your motivation for why you did either what you did while a practicing homosexual or why you do what you do as a heterosexual. I’m just indicating that when a person enjoys sex with both genders, the person is bisexual.

Chambers: That’s all that I have to ask you. Thank you.

Somehow, in just a few minutes, Chambers established that Opp doesn’t understand genetics, implied that Opp never really “turned straight,” and got in a dig at the Christians in the crowd.

The second half of the video features Chambers questioning Dr. Edward Stringham, a Christian psychologist who has urged the Board of Mental Health Practice to allow him and his colleagues to refuse gay patients while also refusing to refer them to more tolerant psychologists.

Once Chambers was through with him, though, he was thoroughly embarrassed and his lack of knowledge of science was exposed:

Chambers: Let me ask you this. If there were a situation where the accepted principles of psychology, dealing with a specific matter, actually conflicted with your personal opinion about the way it ought to be, would you treat that patient on the basis of these accepted principles of psychology or on the basis of your personal opinion?

Stringham: Sometimes, it’s [evaluating] research studies that might be fewer in number but I think are better in quality than the research that’s been established by psychology.

Chambers: So then it’s not strictly your personal opinion.

Chambers: There can be two valid approaches here and you chose one rather than the other. Well, I’m talking about an opinion that you have which is clearly an opinion. Or do you have no opinions that conflict with established principles of psychology?

Chambers: I think whoever does that, has an outburst, Mr. Chairman, you ought to have him removed from the room… These are Christians…

Stringham: In answer to your question, yeah, I can think of at least a limited number of times when I have leaned entirely and predominantly on a principle of psychology, even if it intuitively to me didn’t seem right, but I knew it was the right thing to do.

Chambers: Now, when we come to the issue of homosexuality… is it your view, either as a psychologist or personally, that homosexuality is an acquired or voluntary orientation?

Stringham: That’s when I have to give a little bit more a complex answer. I think… the research has shown clearly at this point, it’s not genetic. Not genetically based. The Human Genome Project showed that. I suppose you could say, it’s not genetic, some might say it’s acquired. But the research is much more complex than that… and it’s not unequivocally clear from our research exactly what causes it. The only honest answer is we don’t really know.

Chambers: So there is research that indicates it may be genetic.

Chambers: And who conducted that particular work?

Stringham: That was by Dr. Francis Collins, who was the leader of it… and a group of other scientists. It’s a widely-known, revered scientific study that actually created the map of the human genome.

Chambers: Does mainstream psychology view homosexuality as a sickness or an aberration?

Stringham: Um, mainstream psychology does not view homosexuality as a sickness or aberration.

Stringham: … I would not say a sickness. Maybe an aberration would be close to being fair.

Chambers: So if somebody who was a homosexual came to you, would you try to treat that as you would other psychological aberrations and remove from that person this aberration?

Stringham: Not necessarily. Because my overarching beliefs, Senator, is the ethical principle of self-determination. And I believe, and this is a mainstream psychological position, is that people have the right to choose certain aspects of their lives…

Chambers: If somebody is happy doing what they’re doing and they’re not violating the law to do it, then you think they should be allowed to be left alone and be happy?

Stringham: To go back to your question, as a patient in psychology, I make no efforts to attempt to persuade or change somebody’s sexual orientation if there’s no interest in that on their part.

Chambers: Thank you. You’ve been very helpful and very cooperative and I appreciate it.

Chambers: One other thing: Do you feel the questioning that I was presenting to you was disrespectful toward you?

Chambers: And did you have or feel any compulsion from me to answer a certain way?

Stringham: Uh, no I don’t think I did.

Chambers: Do you think your time was wasted by engaging in this discussion?

Stringham: No, Senator, I don’t.

Chambers: And I don’t think it was either. Thank you.

“An area of particularly strong public interest is the genetic basis of homosexuality. Evidence from twin studies does in fact support the conclusion that heritable factors play a role in male homosexuality. However, the likelihood that the identical twin of a homosexual male will also be gay is about 20% (compared with 2-4 percent of males in the general population), indicating that sexual orientation is genetically influenced but not hardwired by DNA, and that whatever genes are involved represent predispositions, not predeterminations [emphasis added].”

In other words, genetics isn’t everything, but it’s not to be dismissed in any discussion about the causes of homosexuality. The one person Stringham cited in defense of his views says something very different from what was implied. If that’s the shoddy research Stringham does to acquire his knowledge, why would any patient rely on him?

One final remark from Chambers: In the video below (around 1:08), Chambers tells the crowd that he has “not a corpuscle of religion in my body”: 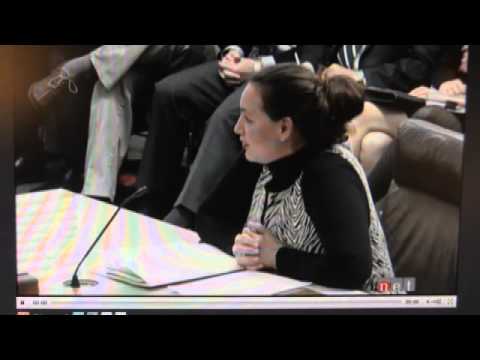 Awesome. I love this guy 🙂

(via Aksarbent — Thanks to Enzo for the link!)