How is it possible that we keep discovering new crimes committed by Catholic priests?

This one is even more disturbing that usual.

In 1972, a 13-year-old altar boy named Danny Croteau was found dead in a river in Massachusetts. At the time, the priest he worked for, Richard R. Lavigne, was a suspect — and for good reason, as explained by the Boston Globe:

The day after Danny’s body was found, Lavigne was spotted walking alone along the riverbank as police surveyed the crime scene. When questioned, Lavigne posed a chilling question.

“If a stone was used and thrown in the river, would the blood still be on it?” he asked, according to a police report. Danny had been killed by a crushing blow to his head, likely with a rock.

Creepy. And yet Lavigne was never charged with the crime.

Well, not that crime. In 1991, he was charged with sexually abusing children. In 1992, he was convicted. It wasn’t until 2003 that the Vatican finally defrocked him. But in the decades he served as priest, what he did was absolutely sickening.

Law enforcement officials estimate that Lavigne molested more than 250 people from the 1960s through the 1990s, [attorney John] Stobierski said. During civil proceedings, it was revealed that secret files detailing complaints against Lavigne and other priests had been destroyed by two bishops, Thomas Dupre and Christopher Weldon, who were both later implicated in the clergy sexual abuse scandal, he said. Both men are now deceased.

All of that’s just for the sexual abuse. And while all that happened, Croteau’s assailant remained a mystery. Until recently.

As soon as Lavigne knew he was on the verge of death, over the past few weeks, he finally decided to confess. 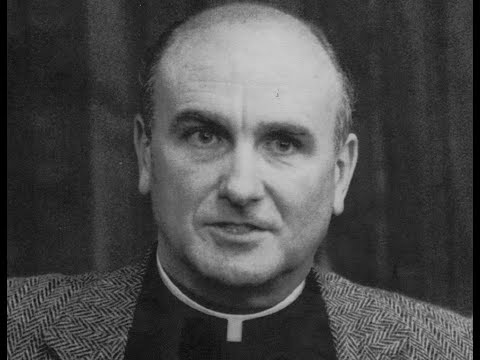 [District Attorney Anthony D.] Gulluni said the disgraced priest spoke to investigators for a combined 11 hours in the weeks before his death. He never admitted directly to killing the boy, but acknowledged he had brought him to the riverbank on April 14, 1972, and was the last person to see him alive, Gulluni said. He also admitted to physically assaulting Danny there and leaving, before returning a short time later and seeing the boy’s body floating in the river.

Lavigne died on Friday. He escaped punishment. Times like this I wish there was a Hell for him to burn in. But maybe, for the people who knew Danny, there can be some kind of closure.

It’s unimaginable, the amount of damage the Catholic Church has unleashed upon the world by elevating monsters like Lavigne to positions of power, which they then used to destroy the lives of young people who worked under them.

Just when you think you’ve heard everything, you learn something even worse.