In early March, Los Angeles-based Pastor Shawn Bolz wrote on Facebook that God had showed him the “end of the Coronavirus” and that “the tide is turning now.”

That was about 350,000 American COVID deaths ago. Bolz is very very bad with predictions.

So it seems fair to point out he did the same thing with the elections, claiming back in February that Donald Trump would win a second term: 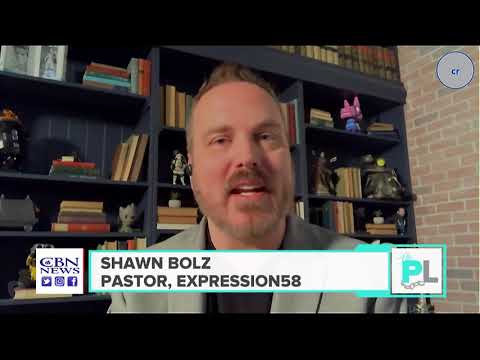 HOST: … you say President Trump will win a second term. Can you tell us a little bit more about that?

BOLZ: Yeah, I’ve been quiet about this for quite some time, just because I’ve just been in intercession and prayer about it. I didn’t feel [the need] to take a public platform on it, but recently when FOX News called me up, I was just about to share some of these things that I’ve been praying about for the last 10 years, actually… [A fellow prophet recently] passed away and he shared that Trump would win two offices, and I felt the same thing at the same time… or two times in a row…

Well. This seems like a good time to point out Bolz was wrong about that one, too. Joe Biden won decisively in the election, and the Republican Party’s repeated attempts to overturn those results using fictional claims of fraud failed miserably.

Now, fresh on the heels of another self-proclaimed prophet apologizing for screwing up, Bolz is doing the same… kind of.

I was obviously wrong about my prophecy about President Trump getting another term. I am truly sorry as I am growing in this prophetic journey and was not accurate about something so big. In this season as I am holding myself accountable, I am going to stay out of public political prophetic words and grow in my closeness to Jesus. Thanks to all who have grace for my own journey of growth, the prophetic is real regardless of my miss. In the same season of such a big miss I have had some of the most marvelous fulfillment of prophecies in my entire career and it’s hard when something like this is so wrong. I am soul searching and praying. Thank God we are in the New Testament grace of Jesus! Gods is good!

So he’s sorry for screwing up this prediction.

But also, predictions are real.

But also, he’s getting better at making predictions.

But also, no one should take him seriously.

But also, come back in a little while, maybe, when his predictions are more accurate.

At no point does he ever admit he just made everything up, or that prophecies are bullshit, or that God never told him a thing, or that he was deluded to think otherwise. He thinks the problem is that he’s just not a fully formed prophet yet.

Maybe the saddest thing is all the people in the comments section telling him he was accurate because the election was “stolen”… which it wasn’t.

But I will say, I like this trend of self-described prophets admitting they were wrong even if they haven’t figured out the real reason behind it.