John Gleason (“Godless Engineer”) recently did an interview with Matt Powell, the 22-year-old budding hate-preacher who has said the government should execute gay people because the Bible says so, wants women to stop dressing like whores, and thinks all atheists are Coke-drinking video game addicts.

I suppose you can give Powell credit for being willing to have the conversation, but that’s about all the praise he deserves, because the highlight of the clip is a doozy.

At one point, John wants Powell to explain why ancient cultures don’t make references to dinosaurs. If humans and dinosaurs lived at the same time, as Creationists believe, wouldn’t we have records of their existence dating back hundreds of years? Doesn’t the fact that everything we know about dinosaurs comes from discoveries made in the 1800s suggest that they lived long before humans came onto the scene?

Powell rejects the premise because he insists those references do exist. In fact, he says, Confederate soldiers in the Civil War fought dinosaurs! And we have a picture of it!

Watch the exchange around the 16:10 mark. And stick around for John’s reactions. 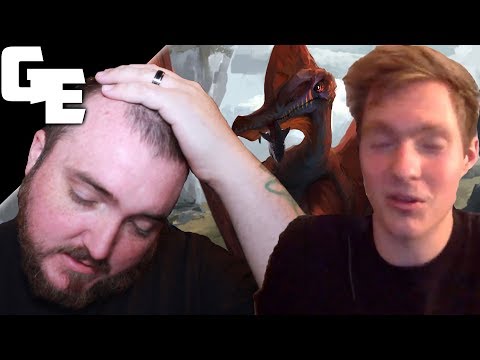 … I believe if we study history — you know, the Confederates were able to shoot pterodactyls. You know, back in the Civil War. And they spread these things out. Anybody can look it up online. They spread these things out, and… this is a historical fact. So, you know, they spread this thing out and it’s got huge wing-length. It’s a pterodactyl they shot! So of course these things have been around. Now they went extinct, obviously. Slowly but surely. And so I don’t believe that just because… at some point in time, coming from your perspective, that… just because they stopped talking about it means that they never saw it. When we have all this evidence that they’ve seen it.

Just to be clear, the picture he’s talking about is this one:

How do we reconcile that image with the science that says the creature died out more than a hundred million years before this photo was taken?

Simple: It’s a hoax that’s been around for several years. There’s all kinds of ways to show that, but a couple of propagandists have been perpetuating the myth for years and so it lives on. The point is that there’s no reason to think the Civil War was between Confederates, Union soldiers, and dinosaurs.

John’s expressions speak for us all: