Over the weekend, a year-old clip of Christian hate-preacher Adam Fannin made the rounds again. Fannin said last year that comedian Sarah Silverman deserved to die because of a joke she made in her 2005 stand-up comedy special “Jesus is Magic” about how she hoped Jews did kill Jesus, and how she would “do it again” given the chance.

Again, it was a joke. Fannin seemed to take it seriously, though, and said to his congregation at Florida’s Stedfast Jacksonville Church that he hoped “that God breaks her teeth out and she dies.”

Silverman tweeted out that video again a couple of days ago with the caption “If I get murdered, start here.”

On Sunday night, Fanning delivered his first sermon since the renewed attention to his old threats. He was preaching at his new church, Law of Liberty Baptist Church (also in Jacksonville), and while he didn’t mention the controversy directly, he doubled down on what he said a year ago. It happened during a discussion of Revelation 3:9, a verse that says, “I will make those who are of the synagogue of Satan, who claim to be Jews though they are not, but are liars — I will make them come and fall down at your feet…” 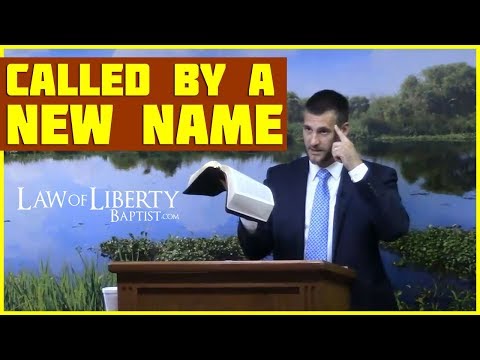 … God’s making a point here. Those that worship in the synagogue today, that call themselves Jews, that are not, they are not God’s chosen people! They don’t believe on the Messiah! They are not saved! And God says, “They hate you, but one day I’m gonna make them come and bow before you. They’re gonna worship at your feet, so I can show them how much I loved you.”

God is going to take the Talmudic Jews and make them worship at our feet, according to the scriptures here.

Well, at least he acknowledged she was joking… (I’m not sure what the “child molestation” thing is about, though she also made jokes about that in the 2005 special.)

But his point was no different than before: If Silverman makes purposely offensive jokes at his God’s expense, then God will seek revenge, and the end game will involve Silverman bowing at the feet of Good Christian Men™ like himself… before, of course, she’s tortured for all of eternity.

It doesn’t make him look any better. And the fear with these Independent Fundamentalist Baptist pastors still remains: They may only preach hate, but who knows how stable their followers, in person and online, are. At some point, will one of them decide to play God and become an executioner? Preachers like Fannin do almost nothing to distance themselves from such suggestions.