Casey Cole, a young Franciscan priest, made waves a couple of months ago when he called out the “pro-life” hypocrisy of conservatives like himself. They would do anything to save a fetus, he said, but they didn’t give a damn about the Republican Party’s atrocities, including their lies during the pandemic that exacerbated the death toll. It wasn’t a mic drop exactly, but it was at least mild and well-deserved criticism.

Now Cole has made a video specifically for atheists. Ignoring the fluff, he asks a simple question: “Are you a ‘good’ atheist?” By that, he means atheists ought to know what they’re talking about instead of adopting the label as some kind of default option. 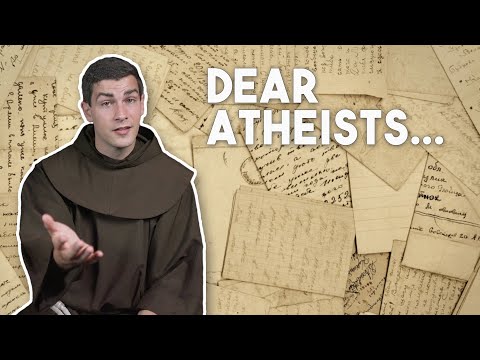 The entire video is just a giant straw man version of what he believes atheists ought to be, but here’s the main part of his argument:

I want to know if you are good at being an atheist. Can you articulate why you don’t believe in God in a coherent way — or do you just say religion is dumb and use logical fallacies?

Have you explored the depths of your mind and heart, asking the real questions of life and death, faith and reason, seeking to understand what this human life is about — or do you just not want to go to Church so this’ll do?

Have you read the critical atheist thinkers of history, people like Nietzsche, Sartre, Feuerbach, Heidegger — people who asked challenging questions, who posed thoughtful insights of the world — or do you just stick to people like Richard Dawkins, people who provide great soundbites for the cause but do little to add anything to the world other than straw man arguments and divisiveness?

Have you read for yourself the works of real theologians, people articulating our beliefs in the absolute best way we know how — Karl Rahner, John Henry Newman, Joseph Ratzinger, Augustine of Hippo, Henri de Lubac — or do you stick with the simplicity of evangelical pastors from someone rural, anti-intellectual church?

In other words, he thinks at least some significant number of atheists go that route because they dislike church, don’t want to think about the “big questions” in life, only parrot the words of well-known atheists, and ignore the finest theologians like… the previous pope.

He ignores how atheists tend to know more about the Bible than Christians, that many of us became atheists because we began questioning faith more critically rather than adopting it out of laziness or boredom, that Dawkins himself may have inspired someone’s atheism but he has virtually nothing to do with people maintaining it, and that anti-intellectualism isn’t just limited to whatever churches Cole thinks are beneath him.

It seems important to note that religious anti-intellectuals have unprecedented power in the U.S. government at every level, so we unfortunately have to deal with their ignorance. Cole is acting like our necessary focus on those morons is a substitute for serious theological debates.

Speaking of which, if he wants us to focus on “real theologians” — a phrase that carries as much weight as “real astrologers” — he ought to tell us which of their ideas we need to grapple with and why it’s our job to refute them when I’d bet good money that most churchgoers have never bothered to explore their ideas anyway. If most believers don’t care what those theologians say, why should the rest of us waste our time? You’re not a “bad” scientist if you ignore the writings of the finest Flat Earthers, either. (For what it’s worth, you don’t need to read Nietzsche to be a “good” atheist, either.)

If Cole is simply calling for people to take their beliefs seriously — whatever they are, because apathy does no one any good — then I’m right there with him. I wish more people put serious thought into whatever strong beliefs they hold instead of merely adopting them for other reasons. That applies to religion as well as politics. It’s easy to join a tribe, It’s harder to justify why you remain in it.

This entire video, in that sense, is revealing in an unintentional way. It shows that Cole doesn’t actually interact with the kind of atheists he’s trying to talk to. He’s only familiar with the atheist caricatures found in books written by lazy apologists and two-dimensional preachers.

Rationality Rules has a fair point-by-point rebuttal of the full video below: 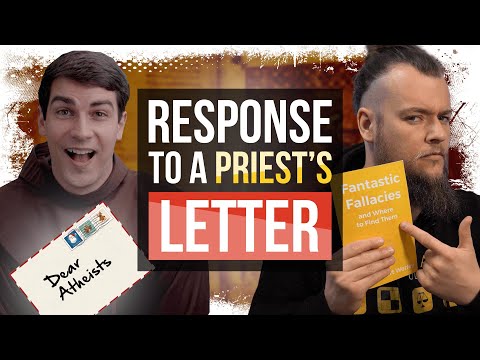 (Thanks to @cftheking for the link)