Rory Feek, a country musician who has written several chart-topping hits, just published a book called Once Upon a Farm. It’s mostly about his wife Joey, who died of cervical cancer in 2016, and their daughter Indiana Boon, who has Down Syndrome. The book is described as an “incredible journey from heartbreak to hope and ultimately, the kind of healing that only comes through faith.”

So there’s no doubt here about his Christian bona fides, right?

Despite that, Feek says the book “isn’t available in most Christian book stores.” That’s because of a single chapter that talks about his two daughters from a previous marriage.

It’s not the issue of divorce or remarriage. It’s not even an issue of his oldest daughter Heidi being an open atheist.

The problem is that his middle daughter, Hopie (highlighted below), is a Christian who “disagrees with some church doctrine” and the particular issues she disagrees with are “unacceptable” to those who run the bookstores.

Feek posted the chapter in question on his website today. It involves a conversation he had with Hopie shortly after his wife Joey died, and it’s not hard to figure out which parts upset the Powers That Be.

“You won’t understand,” [Hopie] answered through her tears. “You’ll judge me.”

She told me that her friend Wendy is more than just her friend. And that they had been dating for almost a year. And she was in love. I’m not sure what I was expecting her to say, but I wasn’t expecting that. A tear started to fall from my eye now.

“See, you’re judging me,” she said. And without even knowing I was, I was. She could see it on my face, see it in my eyes. “I wasn’t gonna tell you right now,” she said, “you’ve been through so much.” Immediately turning her pain to compassion for me and for Joey.

He admits he didn’t handle it well. He wasn’t sure how to take that information, given his conservative Christian background. But he’s also torn by how Hopie never revealed that secret to Joey or him because she knew how much the truth would hurt them.

A year and a half later, on the date of his anniversary, Hopie called him with some news:

“Guess what?” she said with so much excitement in her voice she sounded like she was in the car with me. “Wendy asked me to marry her…”

No, actually there wasn’t silence. I loved her too much to do that to her.

… as far as the church goes, I am not the judge there either. My faith says that it’s wrong. That it’s wrong for me. And so I will live my life trying to live what I believe. But Hopie’s faith is her faith. It is between her and God and no one else. You and I can try to judge her and condemn her or anyone else, but, honestly, we don’t have any right to cast the first stone. At least, I don’t. Not with all the stones I’ve thrown in my life.

That’s as honest and genuine a response as you’ll ever hear from a conservative Christian talking about same-sex marriage. I don’t see it as hypocrisy. He openly admits he doesn’t approve of their relationship, per se, but he loves his daughter, he loves Wendy, and he’s not going to get in their way even if it violates his personal beliefs.

CBS Sunday Morning covered this story over the weekend: 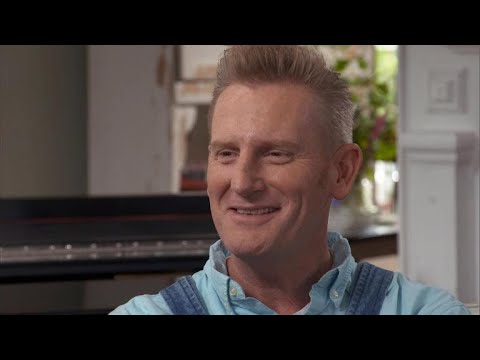 The point is: All of this is at least worthy of discussion since it represents a perspective a lot of evangelical Christians are dealing with right now.

But because he’s not condemning his gay daughter’s relationship, this book isn’t being sold in many Christian bookstores.

If that doesn’t tell you the state of conservative Christianity these days, I don’t know what does. They’d rather Feek treat his daughter horribly, or at least lie about his own life story, than sell a book in which he honestly describes the struggle he had reconciling his love for his daughter with his theology.

(Thanks to Tracey for the link)