Over the past couple of months, you may have seen Portuguese musician Andre Antunes‘ videos in which the metal guitarist imitates the cadence, rhythm, and pitch of famous preachers… with only his instrument. 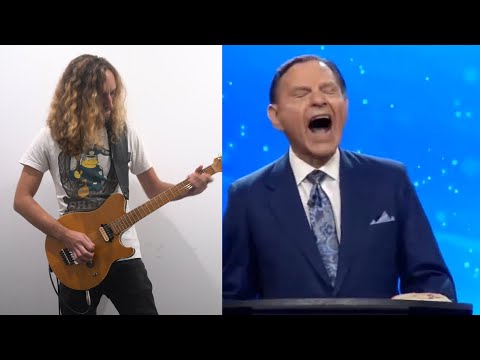 On Wednesday, he posted a video featuring “shaking head preacher” Stacey Campbell. You can see her going nuts during a 2014 revival below, followed by Antunes’ version of it: 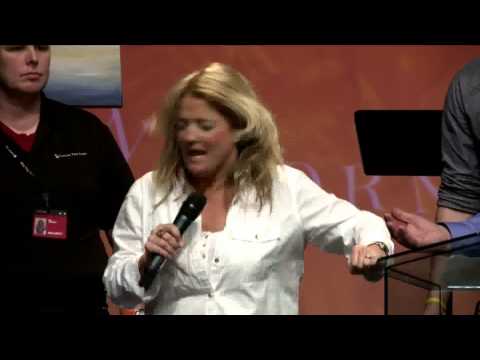 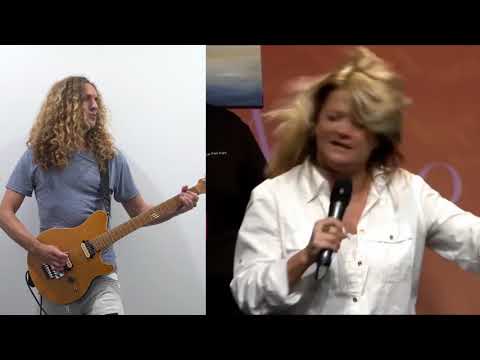 But wait! It gets better!

It turns out Campbell has a son whose beliefs are nothing like hers. But because he grew up in a fundamentalist family, he’s well aware of Christian culture and his mom’s place in it. Caleb Campbell even co-hosts a podcast called “Bible Beaters” where he (the son of a “famous prophet and evangelist”) and Kyle Vestner (who “hasn’t even cracked the cover” of the Bible) go through biblical stories and riff on them. After his mom’s newfound virality this week, Caleb discussed the video and offered a rather interesting revelation: 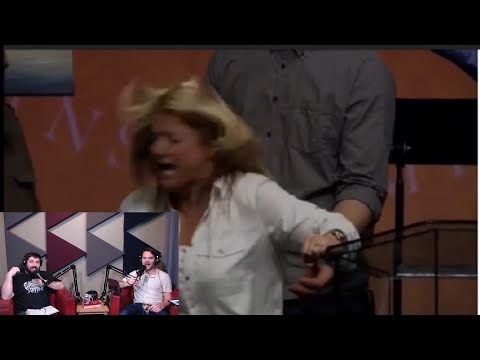 KYLE: Does Stacey ever do this [around you]?

CALEB: No, that’s the thing! She never just drives the car and breaks into prophecy. Never happened once while she was making dinner. Only in front of thousands of people does this ever happen.

Sounds about right. These things are always performative even if the person genuinely believes she’s under some religious spell. (You think Benny Hinn is faith healing when the cameras are turned off? Please.) It’s not that Stacey Campbell is purposely lying; it’s that even she may not realize there’s no “spirit” guiding her behavior.

While Caleb said he wasn’t going to mock his mother in that clip — for obvious reasons — it’s a helpful insight into the private life of one of these people. It’s possible for them to be normal parents in one setting, then turn on the religious fanaticism when placed in the right environment. It’s a party trick of sorts, like speaking in tongues.