As I mentioned earlier today, the Morton Grove Public Library board of trustees held its monthly board meeting last night and voted 5-2 to reject our donation of over $3,000.
Well, it turns out they videotape their monthly meetings and put them up on YouTube…
So we can see for ourselves how the discussion went down. I just watched it and, um, wow. You gotta see this. The relevant portion begins at the 32:15 mark: 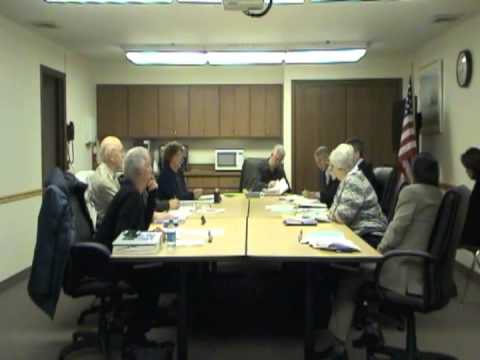 Here are some of the highlights:
36:13: One trustee suggests taking the money and using it to buy items on the library’s wish list. Treasurer Catherine Peters then gives him two reasons not to: 1) The money was promised to the Park District, not the library and 2) This site constitutes a “hate group.”
In response to (1), as I’ve said on this site multiple times, people donated money to the Park District because they wanted to help the people of Morton Grove. When the Park District said no, and I said I would be giving the money to the library instead, not a single donor complained about it because it would still have the effect of benefitting the community.
More on (2) in a bit.
38:00: Peters attempts to explain why it’s not okay for me to take money that was intended for the Park District and give it to the library:

If I go to you and I say, “I’m raising money for pro-life,” and so you say, “Okay, I’m pro-life, I’m gonna give you 20 bucks,” and then I turn around and give it to Planned Parenthood for pro-choice, are you not gonna come back and yell at me…?”

What a horrible analogy.
If you donated to someone for the benefit of pro-life causes, and that person gave your money to a pro-choice group instead, that person lied to you. They did the opposite of what you wanted.
Once again — since Peters can’t seem to comprehend this — when the Park District rejected the money, donors understood that giving it to the library would still benefit the community. That’s why no one was upset. It wasn’t really about the Park District; it was about the people. The end effect was the same. To compare the Park District and the Library to a pro-choice and pro-life group just shows Peters’ ignorance of the issue.
38:40: Peters explains the second reason they should reject the money:

In Peters’ mind, atheists are the equivalent of the Klan and Holocaust deniers.
Who wants to bet she went home after the meeting and turned on “Duck Dynasty”…?
41:55: Peters, still confused, thinks that the Facebook page that publishes the RSS feed from this site is somehow another blog that I run. (It’s not.) So she explained what the avatar on that site ought to look like:

I would think that, what their avatar might be, if I was a “friendly atheist” may be, I don’t know, somebody helping an old lady across the street? Or maybe washing some oil off some baby ducks that got caught in an oil spill or something like that. No, their avatar happens to be “666.” Which I think is really ironic, because, if you’re an atheist, why would that be anything except numbers to you? It wouldn’t! So what is the point of it being “666” if you’re “friendly”?

That one surprised me. What was she even talking about? So I visited the Facebook page and saw this:

As anyone who’s been on the Internet since 2004 can tell you, that “666” isn’t my avatar. It’s just the most recent individual photo uploaded to the site. It stems from a November post (written by Jessica Bluemke) about a Christian athlete who didn’t want to participate in an important race because that was the number she was assigned. Jessica, by the way, wondered why race officials couldn’t just assign her a different number, and I share that sentiment.
Moral of the story: “666” isn’t my avatar. To suggest that it is, and that we’re somehow “evil” or “hateful” because of it, is just the spin of someone who doesn’t know or doesn’t want to admit the truth.
42:25: This is my favorite part of the clip. Peters gives the other trustees a taste of how “hateful” I am by explaining one of the posts made on this site, involving the San Damiano Cross.
Let me fill you in on what that post is about before we get to what she said.
In 2001, a church in New Mexico commissioned a version of the famous painting and hung it in a prominent location:

Unfortunately, the parishioners kept getting distracted by the replica because they thought his abs looked more like… well… you know:

For years, parishioners at St. Bernadette’s in the Heights have looked up from the pews and wondered about the same thing.
“I looked up at Jesus because it’s up by the ceiling on the altar,” said Geri DeBoo. “I immediately saw genitals of a man.”

Last month, the church took down the painting to make the parishioners happy.
That’s what I posted about. You can read it for yourself.
Okay, so what did Peters say about that post?

You know how you can look at clouds sometimes and you can see little puppies or little bunnies or something if you use your imagination?
Well, the folks on the blog here were looking at the San Damiano Cross and they, they didn’t see bunnies, but they did happen to see some over-the-line [part] of the Christ-figure was, what they believed to be, to be some very outsized male genitalia.

In other words, she’s blaming *me* for pointing out that the painting looks like it has a giant dick on it, when the truth is I was just reporting on the Catholics who attend that church on a regular basis and wanted the painting taken down.
At this point, it seems obvious that she was going out of her way to paint me as evil or immature. In fact, if she even bothered to read that post, she would’ve known better.
44:00: After another trustee correctly suggests that the statements Peters is reading that mock religion or say other nasty things about religion could have been written, not by me, but by random commenters (which is absolutely true), Peters exclaims, “It’s his blog! It’s Mehta’s blog! He’s got editorial control over it!”
*Sigh*
I’m just going to repeat what I said this morning:

Between this site and Facebook, I easily get more than a thousand comments a day. I don’t sit around reading all of them. I rely on readers to flag things that are inappropriate, as do most large websites, and I focus on writing content.

A lot of websites allow comments. No knowledgeable reader would ever assume that the comments automatically represent the viewpoints of the publishers — or that if there was a nasty comment on the site, that the publishers are okay with it. Nasty comments just come with the territory when you have a blog.
44:30: The votes are called. The money is rejected on a 5-2 vote. Most of the trustees who voted “No” appeared to be silent during the entire discussion.
45:00: After one of the “Yes”-voting trustees comments that the board is being foolish and letting their personal beliefs get the best of them, we get this gem from one of the others on the board:

I think we just closed up a can of worms here.

Umm… nope. You just blew that can wide open.
…
After the discussion, some guy in the background comments about how he’s going to file a lawsuit against me and how I can use the $3,000 to defend myself. He sent me multiple emails today complaining about a picture I used on this site and sent me a “Cease and Desist” email. The photo was removed.