In a stunning video taken last Sunday and posted online last night by NewNameNoah, two mothers are seen speaking at a Mormon testimony meeting and warning the West Virginia congregation that their leaders helped cover up a pedophile.

You can see a leader try to shut up one of the women. You can also hear the congregation start singing to drown them out. Meanwhile, someone in the front row — McKenna Denson, who has her own history with the Church and speaking out at these meetings — is filming the scene with her phone. 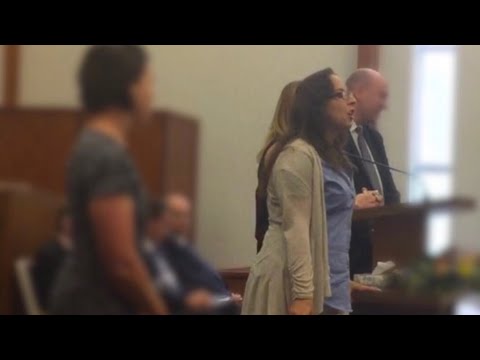 The first woman is in tears as she says leadership has “protected a pedophile.” Another woman says that man had molested “over 42 children in eight years.”

They’re talking about Christopher Michael Jensen. Last April, the Church of Jesus Christ of Latter-Day Saints settled a lawsuit brought against them by multiple plaintiffs who said Jensen sexually abused their children while babysitting them… and that Church leaders knew about it but didn’t act. They certainly didn’t alert law enforcement. (In West Virginia, clergy members are required to notify the authorities about possible child abuse.) Because Jensen’s actions went unreported, other Mormon families allowed him to babysit their kids before his eventual arrest in 2013.

Jensen, classified by a judge as a “violent sexual predator,” is now serving a prison sentence of 35-75 years.

That’s why these women were speaking out in front of this congregation. Their leaders allowed the abuse to continue and they’re either ignorant of the details or willing to ignore the truth. Since the congregation won’t get the full story from their leaders, then it’s up to women like these to get the story in front of them by any means possible.