There’s an Atheist Film Festival taking place in San Francisco at the Roxie Theater on August 11th and tickets are now available for the event and the optional pre-festival reception.
There’s also a nifty promo for the event: 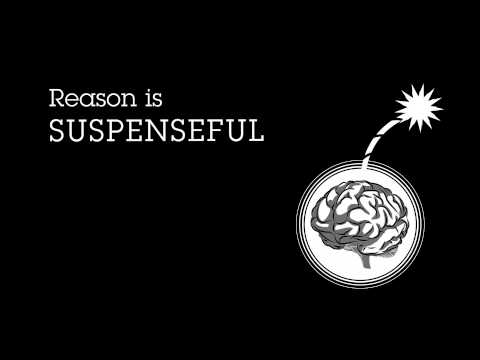 Casimir Fornalski designed that trailer and the cover of Greta Christina‘s book. He needs to start designing atheist billboards…
Why a film festival at all? Author David Fitzgerald (whose book Nailed: Ten Christian Myths That Show Jesus Never Existed At All is available on Kindle for $6.66) explains it this way:

A few years back, I remember seeing a Christian blogger making a wisecrack — what was there to show at an atheist film festival? He thought he was being clever, but his question backfired on him: the comment thread was full of suggestions. These weren’t films about nothing — they were films that actually had something real to say for a change.
As an atheist and a voracious film buff, I always appreciated it when a film turned up that had the courage to challenge not only religious notions, but to buck Hollywood tropes like muzzy, patronizing spirituality and the stereotype of the skeptic killjoy. So when film festival maven Hank Hyena approached the San Francisco Atheists in 2009 about putting on a film festival especially for heretics like us, I was not only overjoyed, but had a lineup ready to go!
Now in its fourth year, the Atheist Film Festival continues to grow and draw an audience eager to see a secular worldview presented on the big screen. This year’s festival boasts a stellar lineup of feature films, fascinating documentaries, and exciting shorts from around the world, and more directors in attendance than ever before. See you there!
The Atheist Film Festival: A Film Festival You Can Believe In.
– Atheist Film Festival Director and Co-Founder David Fitzgerald

If you’re free that day, consider attending the event. Looks like a great time!