Yesterday, law enforcement officials from Louisiana held an hour-long press conference to inform the media of what they knew regarding the shootings in Baton Rouge that took the lives of three police officers.

One of the speakers was FBI Special Agent in Charge Jeff Sallet and, in his brief address, he brought up the need for unity in the face of tragedy and explained how local, state, and federal agents were working together to understand what happened and how to prevent it in the future. 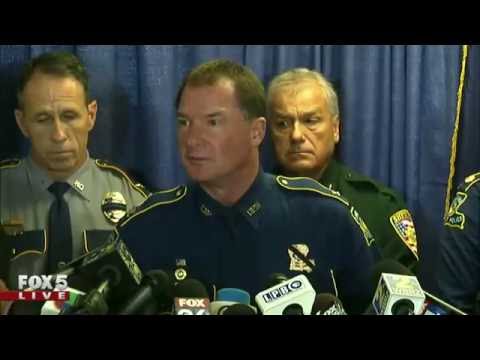 At the core of American values is unity. As toddlers, we learn the Pledge of Allegiance. I’m gonna quote seven words from the Pledge: “One nation, indivisible, with liberty and justice for all.” Standing up here before you is a unified team.

Okay, so he quoted nine words. No biggie. The point was our nation prides itself on unity and helping all people. Nitpicks about whether that’s true aside, it was an inspiring thing to say.

But the Family Research Council’s Tony Perkins wasn’t having it. While the adults in the room were talking about consoling people and understanding how this incident occurred, Perkins was angry because Sallet didn’t say “Under God” in his Pledge quotation. Even though the whole point of that remark was to pick out a few particular words from the Pledge that focus on coming together.

Perkins even sent this unbelievable letter to the agent:

I would agree with your statement at the press conference yesterday that unity is what we need and what we should seek at this time of crisis in our community and in our nation. Sharing your desire for unity, I wanted to bring to your attention that in your reciting of the Pledge of Allegiance you omitted the fundamental element that has historically unified us — the fact that we are one nation under God. The omission may have been inadvertent, but it was noticeable and concerning given the steady attacks on religious liberty by the present administration.

President Ronald Reagan speaking at a prayer breakfast in Dallas, Texas in 1984 said, “If we ever forget that we are one nation under God, then we will be a nation gone under.”

President Reagan is right. Removing God only makes it more difficult to overcome the division and distrust that has been seeded into our nation. Only through God can we as individuals, families, communities and a nation find hope and unity.

I want to give you the benefit of the doubt here and respectfully request that you offer a simple correction. Doing so, would make clear that your remarks were not intended to further divide, but in fact, unify.

What Sallet did was perfectly fine. He didn’t give an anti-Christian speech. He gave a speech that was appropriately secular, focusing on unity.

Perkins’ request to force the Christian God into Sallet’s speech — just as conservatives pushed it into the Pledge in 1954 — is exactly the sort of thing that divides us. (13% of Louisiana is religiously unaffiliated.) Not to mention how ironic it would be to precede the word “indivisible” with a phrase that excludes so many citizens…

But that’s Perkins for you. Bullets are flying, people are dying, and his biggest concern is the angle at which law enforcement officials are holding up their bibles.

Sallet shouldn’t respond to Perkins. He shouldn’t feed the troll. There’s nothing illegal about what he did.

Just remember this: What Perkins and his Christian Right allies want is not religious neutrality. They want Christianity to be given special treatment. Even at events where Jesus isn’t on the guest list.