What would you say to someone who thinks she’s a critical thinker and claims to follow the evidence wherever it leads… yet so much of what she says makes no sense at all?

When Reid, a “street epistemologist” at Cordial Curiosity, began talking to Agatha, he picked up on that rather quickly. But rather than critique her thinking, his goal was just to get her to reflect on how she comes to her deeply held beliefs. So this wasn’t a debate.

That doesn’t mean your eyes won’t roll as you listen to their exchange. 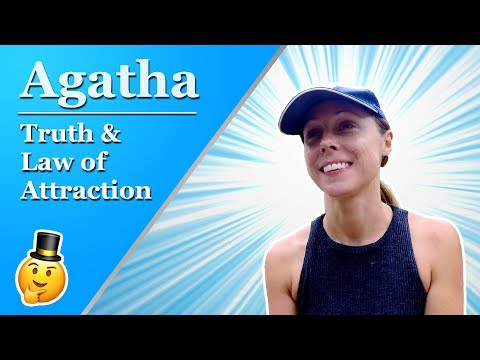 In the first minutes, Reid poses a hypothetical question: If you thought there was an even number of Tic Tacs in a box, but someone else was absolutely certain there was an odd number, what would you say to him?

The “correct” answer would be to admit one of you has to be wrong, but you could settle the issue by simply counting the Tic Tacs. Somehow, Agatha suggests both people could be right because of the Heisenberg uncertainty principle. Seriously.

She also talks about “The Secret” — the pseudoscientific belief that if you think happy thoughts, good things will happen because positive energy attracts positive energy.

Anyway, I’m not bringing all this up to make fun of her. It’s to ask some questions: How would you deal with someone like this? What would you say to try and convince her she’s on an irrational path? Would you try to steer her in the correct direction or just avoid her altogether?

I’m sure Reid wanted to push back, but that’s not what street epistemology is all about. It doesn’t mean we can’t talk about what we’d do in the same situation.

(Thanks to Ed for the link)