The Fort Lauderdale City Commission in Florida has issued a proclamation in honor of a Christian hate group.

There was a big kerfuffle a few years ago over whether the Southern Poverty Center was even allowed to use that designation against the organization — the ministry sued SPLC, and SPLC won — but even if that never happened, the distinction would be accurate.

That’s because the ministry isn’t simply espousing biblical beliefs, as every church claims to do all the time. It’s specifically spreading objective lies about LGBTQ people. Here’s how the SPLC describes it:

Over the years, Kennedy emphasized anti-gay rhetoric, particularly in his TV ministry. He recommended as “essential” the virulent work of R.J. Rushdoony… who believed practicing gays should be executed. In an especially nasty 1989 edition of a [Coral Ridge Ministries] newsletter, Kennedy ran photographs of children along with the tagline, “Sex With Children? Homosexuals Say Yes!”

Gay people deserve death. Gay people are pedophiles. That’s bigotry that goes beyond any Biblical mandate against same sex acts. More to the point, they’re a hate group based on their own words, not simply their anti-gay beliefs. That’s why this ministry is on SPLC’s list but evangelical and Catholic churches in general don’t make the cut.

So why is Fort Lauderdale honoring this ministry by declaring March 21 “Coral Ridge Presbyterian Church Day and Westminster Academy Day”? Because one of the commissioners has a connection to the ministry:

The proclamation was brought forth by Commissioner Heather Moraitis, who is the director of development at the school, and commemorates the 60th anniversary of the church and the 50th anniversary of its school.

Moraitis’ personal positive history with the group doesn’t negate all the damage they caused. It’s clear she doesn’t care about everyone who suffered at the hands of those Christians. The late mayor of nearby Wilton Manors, FL, Justin Flippen, said last year that he had been forced to undergo gay conversion torture through that ministry.

But the current mayor of Fort Lauderdale, Dean Trantalis, decided to support the proclamation… even though he himself is gay. Trantalis defended that decision in a statement to Equality Florida:

From the time I became Mayor and even before that, I decided it was time to build bridges where before there were none. I have reached out to many segments of my community, including those that are faith-based. Times have changed, and so have their leaders, and every one of them has been eager to bring our communities together. It’s time to build our future based on love and not hate, and it’s time for those who still harbor resentment to let go of it. I know I have. And I know our community is better off for it.

Trantalis must have caught whatever disease Sen. Kyrsten Sinema is suffering from because he’s putting the idea of unity over obvious bad behavior on one side. There’s no way to make amends with a group that has never apologized for the bigotry its founder espoused, never admitted to doing anything wrong, and continues to promote the same sort of hate. The proclamation whitewashes all the horrible things those Christians have done in the name of their faith.

That’s a point Commissioner Steven Glassman stressed repeatedly in voicing his opposition to the proclamation just before that part of the agenda. Too bad he was the lone voice of reason last night. (You can hear him interjecting at the 48:28 mark below.) 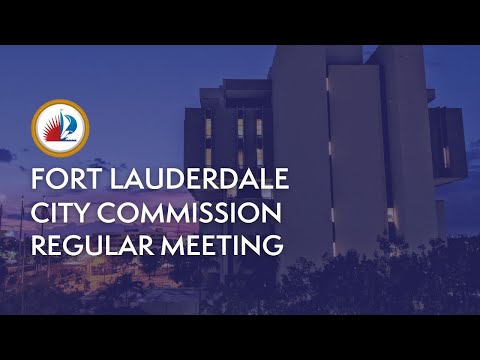 LGBTQ non-profit Truth Wins Out put it bluntly: This proclamation makes as much sense as honoring the KKK.

How about we make a deal: Coral Ridge apologizes to the LGBTQ community for their insidious history of hate, and in exchange they get their proclamation? To celebrate Coral Ridge prior to a heartfelt apology is to participate in gross historical revisionism. It is to erect a façade to whitewash their record.

What a shameful thing for any city to do. It’s irresponsible and a slap in the face to LGBTQ people and their allies, whose lives apparently mean nothing to the city commissioners who supported this celebration of the ministry’s existence.

(via the New Civil Rights Movement. Screenshot via YouTube)