Last June, Pastor Alvin Dupree gave a speech at the graduation ceremony for Wisconsin’s Appleton North High School. That in itself wasn’t unusual since he was a member of the school board. But he clearly had his pastor cap on during the address since he talked about how Jesus Christ gave him strength and asked the “believers in this room” to “go ahead and clap your hands!” (You can hear it at the 1:08:39 mark in the video below.) 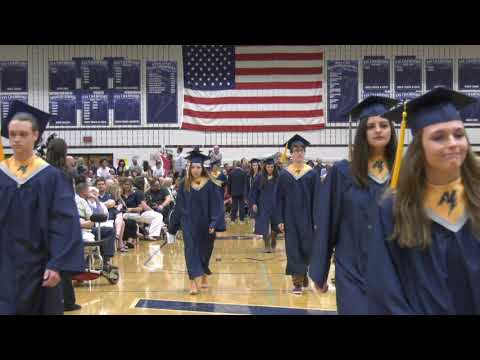 He ended his speech by saying “It was typed out to say ‘Best wishes.’ But I’m changing their script to what I would say: ‘God bless.'”

Dupree had a habit of doing things like this. In 2017, the Freedom From Religion Foundation said Dupree crossed the line by promoting his faith during that year’s graduation ceremony and that he also “gave a presentation to a local political party entitled ‘Placing God in the Classroom.'”

Over the summer, and after dozens of students and graduates sent a letter to the School Board condemning Dupree’s actions, the board adopted a new set of guidelines to prevent Dupree and anyone else from hijacking a public event and using it as their personal pulpit.

The biggest changes? The District says anyone giving speeches on their behalf must write them out, submit them to the superintendent in advance, submit a notarized affirmation saying they will not go off-script (other than “minor and immaterial variances”), and allow the superintendent to deal with any failures of these rules including taking remedial action.

The Appleton Post-Crescent asked Dupree what he thought of these new measures, and his response was exactly what you’d expect from a Christian who thinks he’s constantly being persecuted because he has no sense of reality.

Calling the guidelines “systematic bullying” and a “direct attack on the First Amendment,” Dupree told The Post-Crescent he believes one of the intentions behind the protocol is to prevent him, specifically, from speaking at future district events.

“To me, that is criminal and it’s wrong and it doesn’t lead to tolerance,” he said. “I’m not trying to force anyone of any faith or any religion or belief to think as I do — I think everyone should be allowed to freely express who they are as an individual.”

See?! He’s not proselytizing at all! He’s just talking about Jesus in a casual way during an event that’s supposed to highlight students and their accomplishments. (If a Muslim did the same thing, the right-wing outrage would be more obvious; Dupree shouldn’t be let off the hook just because he’s Christian.)

There’s nothing criminal about what the district is doing. Making sure speeches at public events remain focused, without political or religious beliefs creeping into them, is well within their rights. So is punishing those who don’t follow their rules.

It’s telling that Dupree thinks these rules will prevent him from speaking at future district events because that means he has every intention to keep promoting Jesus with a captive audience of teenagers. The man has no business on a school board if he thinks the position is free advertising for his personal brand of Christian mythology.