An American friend asked why we bother with the Royal Family (RF).

Good question. I’m a liberal, admittedly, but I do look at why I am so and what this means. The RF is largely a tribal affair in its support.

I could give you arguments about economics, and how they add to tourism, the treasury and to soft power around the world, all of which are probably valid, but all no doubt post hoc rationalisations added after the fact to justify an intuitively held position,

This will obviously be relevant for people who are more nationalist and more conservative. If you read the Daily Mail or Express, chances are you are a fan of the RF. The correlation will be huge and belies causality.

This is about political and moral psychology. If you are conservative, you are more likely to favour tradition (and purity and the in-group) over things like fairness and the out-group. So you will favour conserving traditions like the RF. This floats your boat. When asked, you will likely identify as British, and perhaps even more so as English.

For such people, an affront on the RF ends up acting like a personal affront, because the RF is an extension of their own identity. They are not interested in the reality of how one comes to be in the RF, of received privilege, of chequered pasts, of problems with Andrew and colonialism (that’s objectively a good thing, for them) etc.

Ironically, these will be the same people who argue for other (less fortunate) people to “get on their bikes”, to go out and make their own success, that we shouldn’t help migrants etc. as they need to earn their spurs. Can’t give them a leg up – they don’t deserve it! Meritocracy!

In other words, there is a lot of hypocrisy involved in supporting the RF.

I am ambivalent to the RF. I have grown more “republican” as I have aged, and I know that, starting a nation from scratch, I would not create an RF. Yet I am still ambivalent. That might well be cultural baggage. Given worse people, my views might be different. Then again, Andrew…

I know their faults and I know their contributions. I am a bit “meh”, but I actually rate Harry. I rated Harry after rather geekily watching all of his interactions at the Obama Foundation conference a few years ago, where he showed himself to be morally decent, in my books, with a great deal of self-awareness. He realised he has a sorted life, and a position of power and a platform, and asked himself “What can I do to make the world a better place with this opportunity I have?” I rate that, and it puts him top of the list for the RF in my books.

And our very tribal and right-leaning media is definitely not the people I would side with here. They have treated Megham Markle with contempt, racism, misogyny, and complete double standards compared to Kate Middleton. For this alone, if I had to pick sides, it would be with Harry and Meghan.

This is honestly worth watching (if you care one fig about another random human, so perhaps not!): 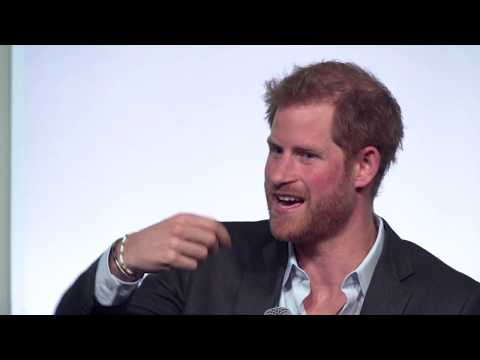 An analogy for my American friends: it’s a bit like the US flag. Lots of people are happy to heavily criticise elements of US from within – from both sides of the aisle – but if an outsider slags off the flag, or disrespects it, or burns it… The flag is part of American’s identity, by and large.