I posted earlier on how implausible it is to have so much accurate speech in the Bible. Commenter epeeist added this anecdote:

A slightly different take, and one that I have described elsewhere.

When I was much younger, I went to Leeds Polytechnic. One February evening, I was waiting at the bus stop when one of the people in the queue collapsed. One of the other people in the queue covered him with his coat while I ran to the nearest phone box to call an ambulance (this was very much before the days of mobile phones).

When I got back to the bus-stop there were a number of people talking to a policeman who had stopped to see what had happened (the police headquarters were nearby). There were a number of stories that were being told, including one in which I had hit the man and done a runner, another had the man being clipped by a bus mirror. It took a long while to convince the policeman that not only were these stories not true, but the majority of the people telling them hadn’t been at the bus-stop or seen the incident in the first place.

[Fun fact: I went to the Univerity of Leeds just next door, though Leeds Poly was then called Leeds Metropolitan University as all polytechnics were converted into universities.]

I’ve never understood why people do that rather than admit they don’t know. If I were in the queue, I would have supported your version. If not, “sorry, just got here”. How hard is that?

1. Most people have pro-social instincts, and so strongly desire to be helpful.
2. Powerlessness in the face of adversity is a bad feeling that humans tend to insulate ourselves from psychologically if we can.
3. Most people are specifically acculturated to seek approval from authority figures.
4. Many people have a fuzzy grasp on the difference between recollection and imagination, and become confused about whether remembered details were real or interpolated.
5. Human cognitive maps of event experiences seem to have a sharp bias towards narrative completeness, over and above any desire to remain faithful to the underlying facts.
6. Group dynamics strongly encourage people in unsettled situations to converge their opinion on whatever developing narrative seems to be shared by the most–or most prominent–people around them.

I’m sure I’m missing some

This is a nifty list of heuristics and biases that are at play in such contexts. What others could we add?

There is a lot of psychological research into eyewitnesses and how inaccurate they can be. For example:

Elizabeth Loftus is famous for her work on eyewitness memory: 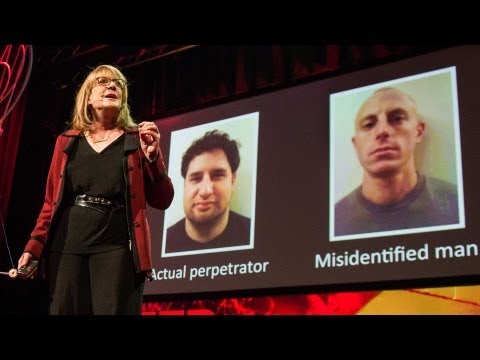 Based largely on Daniel Kahneman’s Thinking Fast and Slow, this BBC doc is a great watch. At about 10:30 there is some interesting stuff about eyewitness reliability concerning a fight and chase, and something known as inattentional blindness: