This Joe Rogan excerpt is well worth a watch: 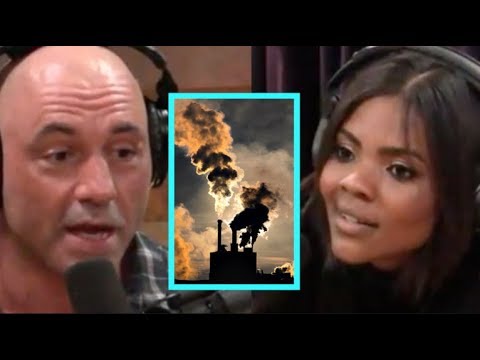 Motivated reasoning is a powerful thing: the impetus to believe something irrespective of evidence and often in spite of it, due to other influencing factors. Climate change is a prime example of this. People tend to “believe” in climate change without really having become experts in the data or in the science. They deny its human causation because it fits in line with their ideology. With this in mind, as have a look at the video above.

Joe Rogan, the interviewer in the video, took the conservative pundit to task over this issue. However, I think he was rather lenient as I would have put her to the sword. There is nothing that annoys me more than people believing in things with scant regard for evidence or rationality. It was abundantly evident that Candace Owens didn’t believe in human-influenced climate change because, ostensibly, she is a conservative pundit and it fits better with her ideology and with the expectations of fellow conservatives and their electorate.

Joe Rogan: You don’t think we have to care about the environment?

Candace Owens: [Laughing derisorily] Not even a little bit…. I don’t believe in climate change…. scientists are disproving it.

JR: This is an incredibly complex subject. You have to talk to a bunch of different scientists and see how they gather data and see what they understand about CO2 levels and what’s the danger of them and what could combat it is and what could not. Have you done all this would you take this flippant opinion based on the party line?

CO: Listen, this wouldn’t be the hill I’d die on, right. I’ve read a ton about it. I would not be able to come to you and say this is my strong opinion but this is the easiest way to say this, right. The fact that there is a disparity in a science community about whether or not this is real is enough to…

JR: The very few scientists who disagree with the consensus are the ones who are correct?

He mentioned a large survey that was reported by the Scientific American website and  Owens’ reply was pretty stunning. And not in a good way:

CO: What website is this? [Scientific American]. .com though? That means it’s making money. I don’t trust that. If it was a .org, I would probably take that; this is just a random website.

JR: Scientific American is not necessarily a random website.

She has the audacity to make the egregious claim that people are in the “business” of climate science in order to make money when institutes like the Heartland Institute and the many other similar organisations and the massive fossil fuel industry are bankrolling climate science denial!

CO: So let’s say we all agree that global warming is real. I don’t believe it’s real, okay.

And that’s the crux of it. She doesn’t believe something due to the political context and not because of evidence or rationality. Why not take this view with the Earth being flat, or gravity? The alarm bells should be clanging angrily at such dubious epistemology.

At the end of the day, this becomes logically about inductive reasoning. If you trust the overwhelmingly massive consensus of scientists in every other field, then, in all probability, the overwhelming majority of scientists in the climate science field should also be trusted. At least the scientific method is a self-correcting epistemological method that, even when it is wrong, will correct itself. I don’t think politics comes close to moving the adherent closer to an objective sort of truth. Yet, here, politics trumps science to deny its claims. What a dangerous game.

Climate science denial and creationism are peas from the same unevolved pod. Commenters here such as our regular fervent Catholic creationist climate denier are great examples of this. They aren’t experts in climate science, so what gives them the right to buck the consensus? They have no epistemic right unless they offer up the burden of proof and a body of evidence that cuts the mustard.

Choosing your beliefs in scientific disciplines like wallpaper preferences is simply not good enough. And being a spokesperson in a position of communication power makes for a dangerous outcome.