I am really excited to have received in the post (from Bookshop.org, the competitor to Amazon that reimburses local bookshops with 30% of the value of the book) my friend Gregg Caruso’s book with Daniel Dennett. It’s a debate book over free will called Just Deserts [UK], and this idea of just deserts looks to be the central component to their debate.

The great Derk Pereboom includes, in his foreword to the book, the following:

Dennett and Caruso disagree about the prevalence of the notion of basic desert. By contrast with Dennett, Caruso believes it is widespread. He supports his view by using a thought experiment that derives from Immanuel Kant, in which there are no good consequences to be achieved by punishing a wrongdoer (1785; Part II). Here is a version of such an example. Imagine that someone on an isolated island brutally murders everyone else on that island, and that he is not capable of moral reform, due to his inner hatred and rage. Add that it is not possible for him to escape the island, and no one else will ever visit because it’s too remote. There is no longer a society on the island whose rules might be determined by a social contract aimed at good consequences, since the society has been disbanded. Do we have the intuition that this murderer still deserves to be punished? If so, then punishment would be basically deserved if the example in fact does eliminate the options for non-basic desert, as it seems to. (p. vii-viii)

This is a nice thought experiment to start to understand one’s approach to crime and punishment – whether it is about deserving blame, and then ideas of retribution against rehabilitation and deterrence.

The point here is that both philosophers are people who refute libertarian free will. Therefore, their argument minces not so much about the philosophy, but about the definition of the term “free will” and what you then do with the idea that’s libertarian free will does not exist. What does this mean for just deserts, crime and punishment, blameworthiness and praiseworthiness?

I look forward to seeing what they have to say.

While we’re at it, author of the amazing book Behave, Robert Spolsky gives his opinion of free will: 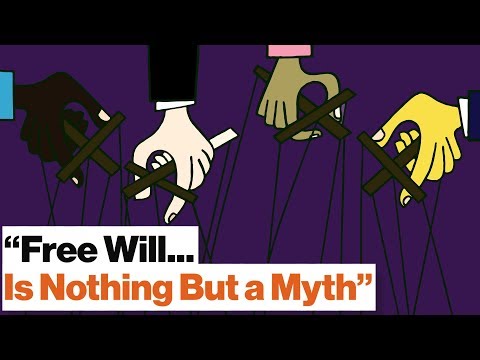