I have listened to the first speaker in this debate so far but will continue to watch the whole thing. But I just thought I’d share a couple of early thoughts. First, this is why debates about conceptual nominalism and realism are important. Once you understand the distinction, you will see how important one’s understanding of ontology can be. In terms of this debate, what I would like to have heard at the beginning of the debate is a definition of gender and what it is used for. This is a word that has uses. How do we use it? This will define, quite possibly, who will be correct.

And, sorry to bore you, but this defers to the nominalism vs realism debate. There is only the mind-dependent concept of gender. So, therefore, it is how we use it and how we agree it should be used.

Second, the first speaker made a really good point about how many people we have walked past or acknowledged in our lives who were transgender but we didn’t realise, and therefore saw them as the gender that they thought they were. It really reminded me of this quote from that trans person who identifies as a woman but who looks very much like a traditional understanding of a man (beard etc.). Alex Drummond is a trans woman who is “widening the bandwidth of how to be a woman”:

If all you ever see is trans women who completely pass and are completely convincing as natal females, then those of us who just don’t have that kind of luck won’t have the confidence to come out.

For the people who don’t pass I can say “don’t be afraid” because what I’ve discovered is you don’t need to pass, what you need is to act authentically. And if a child sees me and thinks, “Bloody hell, so it’s not as simple as pink or blue or football or ballet – there must be 101 possibilities in between,” then maybe I can serve the greater good.

Lots to think about there. Essentially, though (pun intended, you Thomists – especially since one of the debaters is a Thomist philosopher), this is a debate about ascribing properties to terms. This is a subjective procedure. We are only 2right” when we agree by consensus on what a term is and how it should be used. And even then, we can be wrong and end up changing the term. It’s how dictionaries and encyclopedias evolve, and how laws, statutes and constitutions change. 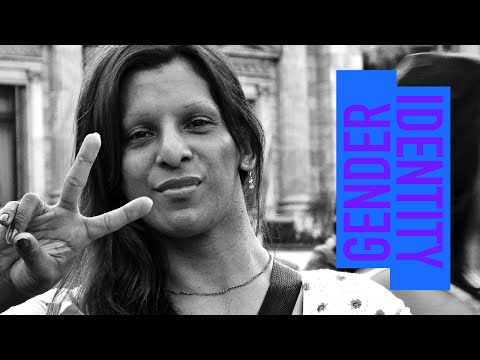 (And just continuing and now listening to Bronwyn Winter, she appears to be a feminist who adheres to gender existing as a social construct and not being biological in basis, and so takes the position of some feminists in finding a problem in trans people ascribing to a gendered label through naturally feeling it, when such labels are socially constructed. I will continue.)