In Britain, Christmas time has become synonymous with a host of emotional adverts from John Lewis, Sainsbury’s, M&S, Co-Op and the like. These pull on the heartstrings and are even hotly anticipated (“What will this year’s John Lewis advert be?”), often spawning Christmas music successes. Invariably, there are ethical dimensions to these companies (John Lewis and Co-Op are owned by their members and place themselves in the marketplace as ethical companies).

Alongside this, there has been growing concern about the amount of hate in certain newspapers, predominantly the Daily Mail and the Express. The Daily Mail is Britain’s most popular online news site, and one of the biggest selling papers. The printed news media has certainly lurched to the right in recent years, arguably influencing the Brexit vote. The takeaway point is that such papers are fuelling negative views of foreigners, otherising marginal groups in society, using things like sexuality to morally evaluate people (poisoning the well for the judges in the recent Brexit court judgement), so on and so forth. There is little surprise that the Daily Mail supported Nazism in the run-up to WW2.

People on the left are becoming increasingly incensed by what they see as the blatant and increased racism and hate within the content of these papers, and the way in which it spawns horrible opinions amongst its readership (I have personally seen this a number of times with people close to me).

Enter #StopFundingHate, a campaign seeking to get people to vote with their feet by not buying such newspapers and alerting prominent (ethical) companies who advertise in them not to do so. 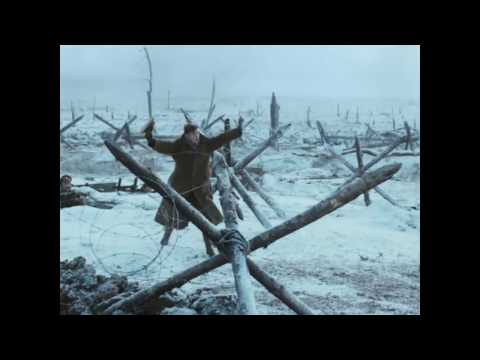 I got into a debate with someone I know on the SFH facebook page. I responded to him after he commented thusly:

Spread hate? Because you say so?

Those of you on the regressive left have become so authoritarian that you want to shame companies into not advertising in (the biggest selling) newspapers who’s headlines you disagree with until hopefully they’re shut down. You really won’t be happy until everyone thinks like you, will you?

And you wonder why Trump is president-elect..

I know (knew) two women that have become misandristic third wave feminists and social justice warriors thanks to reading The Guardian and think it’s perfectly reasonable to use such lovely hashtags as KillAllWhiteMen. Do I think The Guardian should be forced to self censor by pressuring their advertisers? No. I just don’t buy it and try to shed light on some of their more objectionable headlines, blog pieces and sanctimonious crap. I don’t read the DM et al either.

So, what would be your answer to protect the ‘weak minded’ and vulnerable among us from being influenced? Self censorship? Removing the DM’s, Express’s and The Sun’s freedom to write whatever headlines they like?

There are two issues with your claims: a false equivalence, and a misunderstanding of that hashtag.

I decided to take these views to task. And I responded:

So, false equivalence. The DM and Express headlines are supposedly factual front page headlines, not opinion pieces, or Guardian blog pieces. These are different things. A VERY close relative of mine came to a BBQ just before the referendum and quoted me the claims of a particular DM article and proceeded to reel off a pretty racist diatribe which was factually wrong, based ENTIRELY on his reading of the DM. The causal connection was clear to see. Whilst I am no rad fem, the pejorative use of social justice warriors always signposts an already biased worldview when evaluating feminist etc. claims.

The Guardian pieces may be a slim part of the jigsaw, but people simply do not become third wave feminists from reading the Guardian. It takes a lot more than that. However, I have seen people become hugely more racist as a result of immersing themselves in the DM and Express. People very close to me.

I wrote on the lies of such newspapers at the time:

Lastly, I know you have not said so here, but others have called this censorship. It is not. Actually, the opposite. It is not legal or governmental diktat, but the use of free market capitalism and voting with one’s feet, through freedom of speech. Simply put, people don’t analyse what they read enough. Movements like these are spreading information of a sort, rather like the news media themselves. The opinion that they are spreading hate is backed up, empirically, by what they print. That much is obvious. Now, people like yourself who are in some way aligned to the conclusions of such papers (immigration is bad, EU is bad etc. – simplistically put here) will be affronted when news organisations are attacked like this.

All they are saying, though, can be put as a logical syllogism:

2) Your organisation prides itself on good, ethical consumerism and behaviour

3) By advertising in these media, you are financially supporting morally problematic content

4) By doing so, you are compromising your own ethical standards

C) Therefore, if you want to maintain high standards of ethics, you should not advertise in such publications, and fund morally problematic content

This is a pretty damned peaceful, proper and genuine way to go about trying to morally improve the news and its standards.

The only area up for discussion, from your POV, then, is whether the DM/E produce, in any significant quantity, morally problematic content.

(I also talked about how #killallwhitemen was an ironic repsonse to #killallmuslims.) I truly think, when people are at the moment calling for peaceful protests, that this is a responsible and genuinely proper way to conduct demonstrations. The idea is that, if you have good rational evidence and argument, you should be able to properly convince consumers and companies not to part with their cash and support such hate, if indeed it is hate.

As I mentioned above, there could be a syllogism to show this (marginally edited here):

2) Your organisation prides itself on good, ethical consumerism and behaviour

3) By advertising in these media, you are financially supporting  the dissemination of morally problematic content

4) By doing so, you are compromising your own ethical standards

C) Therefore, if you want to maintain high standards of ethics, you should not advertise in such publications, and fund morally problematic content