I give myself a wide remit here at ATP, and today I want to talk a bit about regulation. For free marketeers, libertarians and small government and tax right-wingers, “regulation” is a very dirty word.

But what is regulation? I think when the word is used, people really don’t think about what it is. Regulation means rules. Why do we have rules? Rules are moral proclamations about how the world should be. Regulation is codified morality. In shorthand, then, when people claim they want “deregulation”, they are actually asking for less morality, fewer moral rules.

Regulation is usually in the form of mitigating negative externalities. In economic terms, negative externalities are costs incurred by a given corporation in producing a good, but whereby that cost is a burden placed upon entities external to that corporation. If a coal producer, in producing coal, dumps sludge that is a by-product of that process into streams and rivers because it is cheaper to do that than to refine the waste and deal with it ethically, then those rivers and streams get ruined. The ruination of the environment, then, is bad for the wellbeing of external agents to the corporation, and the clean-up operations are done by, almost invariably, the government. The government is funded by the taxpayer.

In other words, the cost-cutting measures that make the product of coal cheaper cost taxpayers money. The cost for said coal produced is paid not by the corporation, but by people external to the corporation, and the shareholders reap the benefits.

This happens with workers’ rights, environmental rights, health (take smoking as an example, though there are interesting interplays with extra taxes there) and other such areas.

What regulation does (when done properly) is seek to make production ethically responsible, which is better for everyone. A company in Europe, now, cannot employ children, must have strict safety regulations such that the product won’t be faulty enough to blow up or catch fire, must be produced by a workforce that has minimum legislation for workers’ rights, and so on. These regulations work best when adopted by multiple countries across a wide platform. There is a uniformity for everyone such that no one in that marketplace can get away with not adhering to them.

Let’s look at America right now. Trump is deregulating everything he can: the financial industry, the environmental legislations (he is effectively shelving the EPA, for goodness sake), workers’ rights and the like. Heck, he claimed he is going to remove 75% of regulation. Let’s list some:

As the NY Times reports:

On a near daily basis, regulated industries are now sending in specific requests to the Trump administration for more rollbacks, including recent appeals from 17 automakers to rescind an agreement to increase mileage standards for their fleets, and another from pharmaceutical industry figures to reverse a new rule that tightens scrutiny over the marketing of prescription drugs for unapproved uses. As of late Friday, word had leaked that the automakers’ request for a rollback was about to be granted, too.

“After a relentless, eight-year regulatory onslaught that loaded unprecedented burdens on businesses and the economy, relief is finally on the way,” Thomas J. Donohue, the president of the United States Chamber of Commerce, wrote in a memo last week.

But dozens of public interest groups — environmentalists, labor unions, consumer watchdogs — have weighed in on the potential threat to Americans’ well-being. “Americans did not vote to be exposed to more health, safety, environmental and financial dangers,” said one letter, signed by leaders of 137 nonprofit groups to the White House last week.

The idea that “rules are bad” is seen later in the article:

The Trump administration has also imposed a broad regulatory freeze, instructing agencies to delay the adoption of any rules not already in effect, and to consider whether those rules should be targeted for elimination.

And it has set up barriers to enact any new regulations — such as a requirement that for each new rule, at least two others must be identified for repeal — and ordered every federal agency to create a team of employees to look for more rules that can be eliminated….

Mr. Trump, in his address to Congress last week, called it “a historic effort to massively reduce job-crushing regulations,” a line that drew thunderous applause from Republicans.

It seems ridiculous now, but the Reagan administration tried to rescind a rule that cars should have airbags. These are presently the sorts of things the Trump administration is trying to do. It’s alright, because, as you can see (5:10):

Trump: We’ll be fine with the environment. We can leave a little bit, but you can’t destroy businesses. 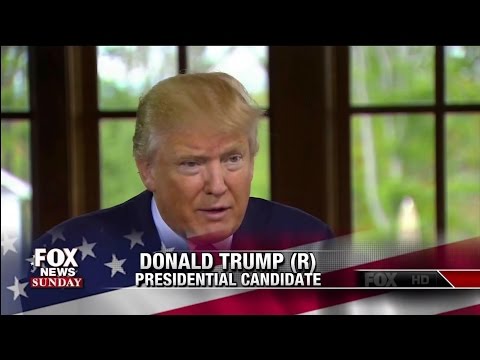 In simplistic terms, perhaps overly so (but it hits home the point), he is trying to remove 75% of morality from the economy.

Let’s look at this from an individual’s point of view. We, as parents and teachers and society at large, give our children a lot of regulation. If we didn’t, they would largely run around like maniacs akin to The Lord of the Flies. Teaching our kids by using rules and the reasons why those rules exist is part and parcel of making sure that society runs smoothly for the benefit of us all, and so those children develop into responsible people.

If I said I was going to remove 75% of the rules for my kids, I guarantee you we would have mayhem. Moral mayhem.

Think of it in another individual sense. If you were a window cleaner and you had some buckets full of slop (you use a particularly harsh detergent), and you had the choice of throwing that in the ditch, or disposing of it responsibly, what would you do? Well, given that throwing it in a ditch would kill the wildlife there, and disposing it responsibly would harm no one, you would hope to do the latter. What if the latter costed you $5 per bucket? Well, you would have a tough choice. By costing you more, you would cost more to your clients, and they would likely go elsewhere for window cleaning. You would lose your job, perhaps. To compete effectively, you would need to cut costs. After all, you won’t pay for cleaning the ditch. That’s someone else’s problem. The only way to compete would be if every window cleaner had to dispose of their waste responsibly.

Which is great in a closed geographical area. With global marketplaces, things get complicated. US coal wants to compete with other global markets. What if they don’t have strict environmental legislation? It becomes a race to the bottom. The losers? Taxpayers and wildlife; people and the environment. The world.

As consumers, we generally only buy ethically (and thus drive suppliers to be ethical) when we have a lot of disposable income, and even then, many choose not to. Time and again, consumers are shown to be driven by price. If you can get the same product cheaper, you will. And this is especially the case when you don’t know how either product is produced. If I am not knowledgeable enough to know that a product’s manufacture involves damage to the environment (as they are unlikely to advertise this), then I will happily choose it if it is cheaper than its competitor, all other things remaining equal.

The takeaway point here is that ethics generally always loses. We are cost- and price-driven people.

What we need are larger networks of regulation. Regulation is not a dirty word. It is of benefit and should be seen as such. But if not everybody adheres to good regulation, we have the issue of free-riding and a race to the bottom.

Now, with the UK, we are leaving a large regulatory network that has historically given us a massive amount of regulation. And this is a good thing. Either we take that all on (and manage that at a higher cost), or we drop some or lots of it. We become a low-tax haven full of corporations who define the rules of play.

We will not be in the European Economic Area, the Customs Union, the single market. Not only that, we will now have WTO tariffs and agreements thrust upon us. We will be on our own. How do we cope in a global marketplace? Well, we can get rid of regulation, lower our costs, and become ultra-competitive. That”s the free market for you. Because, as I have set out at great length before, the free market does not arbitrate for morality. If we become cheaper, to sell our good more effectively, then we also become less morally responsible. We might economically succeed, but what will we become? A country that exploits its workers, consumers and the environment in order to remain competitive?

I cannot see it going any other way.

And what will this mean for Europe? In order for those nations to remain competitive, either they need the rest of the world to adopt such moral laws, or they start disbanding theirs. And the Us appears to be completely destroying their own regulatory framework. How will this affect the competitiveness of the European companies?

It was on this basis that I campaigned to remain in the EU. I was a panellist in a debate for Remain in Bournemouth where I set out exactly this.

When economics trumps ethics, the world moves in a dangerous direction.