This was unexpected but, my, was it brilliant to watch. There are two things to consider here:

The fact that the take-down comes from a Liberal Party ex-PM is astonishing; however, it’s also incredibly powerful because the comments from someone who has been on the inside of those power dynamics are all the more forceful and credible. We all know this takes place, but to hear it from someone like Turnbull is delicious, though incredibly saddening.

Her is the exchange, but it is WELL worth watching the analysis afterwards, with some fascinating insight into the history of the Murdoch empire and how it was involved in the election of Margaret Thatcher. 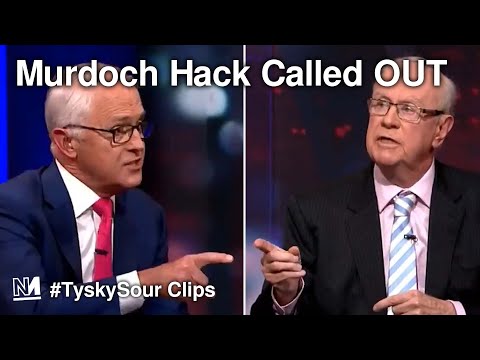 When you get wildfires as often and as devastating as you are getting in Australia right now, PMs or ex-PMs need to take heed and it is good that Turnbull is fighting the good fight.

With regard to the media and news, worth noting is what is happening to Murdoch’s FOXNews in the States. Because FOXNews is not saying quite what the Republican base and voters want, they are leaving in droves and going to OAN and Newsmax, batshit crazy right-wing propagandists. This is a case of news being infotainment and a commodity so that consumers drive “news”; news isn’t something that objectively happens.

Hundreds of years ago, newspapers were utterly partisan and an arm for political ideologues – we are moving back into that cycle again, but much more so.