Alexandria Ocasio-Cortez (AOC), in the news for shaking up the Democrats and Washington’s political landscape, was interviewed recently by Stephen Colbert. She talks a little about how she has successfully used social media, including how she has helped some of her Democratic Congressional colleagues improve their understanding of social media and how to utilise it effectively. The main talking point about her interview comes in the second short video below. Watch them first, and then we’ll talk. 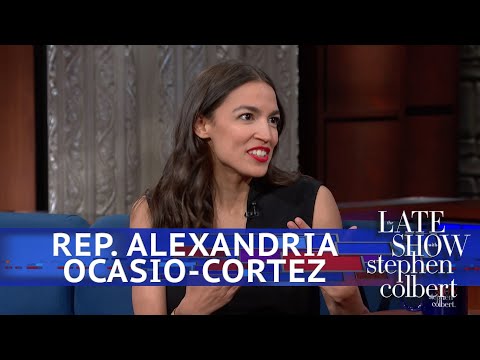 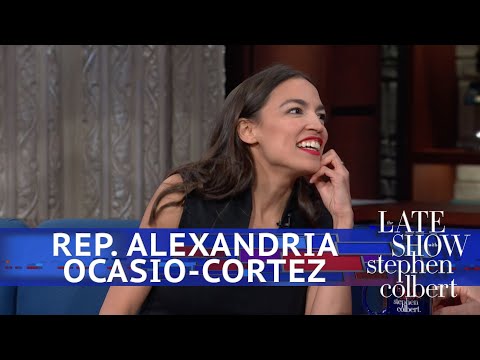 [If you’re in the UK, this Radio 4 programme on AOC is excellent and well, well worth a listen.]

The 70% income tax after someone owns the first $10 million seems pretty sensible approach to me. Indeed, as mentioned, Republican governments favoured this for decades.

I came across this video randomly on YouTube and it raises some good points. 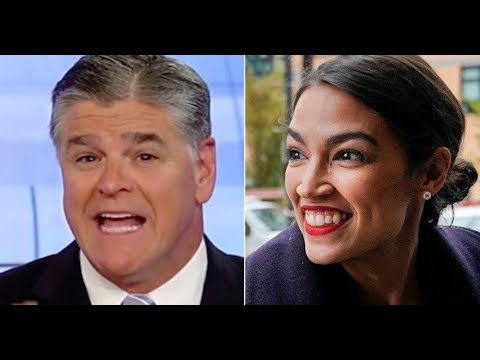 There is absolutely no doubt that Sean Hannity is a total fool. I never quite know whether these guys really believe what they say or whether they are playing up to their audience. If they truly believe the sorts of things they say, then they are pretty heinous individuals. Good riddance to Bill O’Reilly, I say.

The 70% marginal tax rate above $10 million is, as the video says (according to a Harris survey),  a popular policy in the United States, favoured by around 60% of registered voters.

Sean Hannity whinged that the top 20% of Americans pay almost all of the taxes and so, therefore, increasing the tax burden for these people is unfair or a bad thing to do. I would be interested to hear him defend this as rationally as possible. As the video compere states, just three Americans hold more wealth than the bottom 50% of the country. The reason why the tax burden is so heavy on these wealthy people is because these people have all the money.

And AOC has a really good point here. What kind of society do we want to live in? Do we want a society where the income inequality is massive? The video hints at a period of great growth and wealth in the US where there was a 90% marginal tax rates for those high earners. This was par of the course at that time. If we look at the countries in the world with the highest levels of well-being, they are also the countries with the lowest levels of income inequality. Think of the Nordic states, for example. If you were to ask almost anyone in the world what they would want out of life, they would invariably answer something like “just to be happy”. It might be that they think money and excess is a route that they would like to obtain happiness, but we know that this doesn’t necessarily lead to happiness.

Hannity also claims that excess is the American Dream. If that were the case, then the American Dream is a pretty distasteful ideal. This could well be representative of the issues with Hannity. Talking about tax as “confiscation” by the “excess police” is pure propaganda. What an eejit.

Don’t forget that Warren Buffett claims he still pays less tax than his secretary! And he claims the rich should pay more:

“I know well many of the mega-rich and, by and large, they are very decent people. They love America and appreciate the opportunity this country has given them. Many have joined the Giving Pledge, promising to give most of their wealth to philanthropy. Most wouldn’t mind being told to pay more in taxes as well, particularly when so many of their fellow citizens are truly suffering,” Buffett wrote in the Times. “My friends and I have been coddled long enough by a billionaire-friendly Congress. It’s time for our government to get serious about shared sacrifice.”

Also, Buffett says he has not seen higher tax rates discourage investment. “People invest to make money, and potential taxes have never scared them off,” Buffett writes in the Times.

18,000 multi-millionaires are asked to pay more in taxes, and Republicans seriously lose the plot. 800,000 federal employees, and 800,000 contract employees don’t get paid for over a month with their lives falling apart around them, and Republicans don’t give a damn. They just want that wall, right?

It is also worth noting that, as Forbes report:

According to a new study from the Organization for Economic Co-operation and Development, the latter are right. There is and has been a reduction of economic growth because of the growing concentration of income among a smaller portion of the global population.

According to the OECD, the gap between the richest and poorest in most member countries is at its highest in the last 30 years. In addition, a broader measure of inequality called the Gini constant (0 when everyone has the same income and 1 when a single person has all income) has been on the rise. The U.S. is at the top of the scale except for Mexico, which has by far the worst income inequality of the OECD states.

The new OECD analysis found a “negative and statistically significant” correlation between income inequality and economic growth. Specifically, the 3 Gini point rise in inequality that was the average for OECD states over the last 20 years meant 0.35 percent less economic growth per year for the same time, or a total 8.5 percent GDP loss in that period. Here’s a graph that shows the hit various national economies have taken as a result, along with an explanation of the impact.

As Brian Tyler Cohen asks, “Where is the line between wealth and greed?” And that is a good question.

But my main point is this: redistributing money to poorer people is better for the economy:

The economic case for maintaining a progressive income tax structure and targeting welfare payments to those most in need is overwhelming.

Take a situation where there is a $1bn addition to the economy via growth. That $1bn can be distributed in many different ways but let’s initially assume the 10 richest people in Australia each receive all of that gain, with $100m going to each person.

According to the BRW Rich list, the tenth richest person in Australia has wealth of $2.65bn while the richest, Gina Rinehart, has more than $14bn. Economic theory and research suggests that the extra $100m to each of these uber wealthy people would be almost totally be absorbed into their wealth and there would be only a very small increase in economic activity as a result.

According to research from the Brookings Institution and the Reserve Bank of Australia, the marginal propensity to consume of high-income earners is substantially less than for low-income earners. In other words, poorer people are likely to spend the bulk of any extra income while the wealthy are more likely to save it.

AOC’s got it right. Something definitely needs to change in America, and trying to rein in that growing gap is a good place to start.