Senator Ted Cruz never misses a chance to speak out against gun control and digs the Second Amendment. He does so to such a degree that … he held a 2015 campaign event (during the presidential primary race) at an Iowa gun shop and range. Before he ascended to Congress (and abandoned freezing Texas constituents while fleeing to Cancun), Cruz served as an NRA lawyer, and he believes that gun control is tantamount to government tyranny. He’s still somehow one of the first to offer empty “thoughts and prayers” tweets after a mass shooting, and after the second headline-making mass shooting in less than a week, Cruz is already arguing against gun control laws in front of the Senate Judiciary Committee hearing on gun violence. [source]

My prayers are with the shoppers, employees, first responders & others affected by the shooting in Boulder.

May God be with them.

While we are still awaiting important information and details in this case, random public shootings & senseless acts of violence are never ok.

Ted Cruz makes no apologies for his thoughts and prayers – he thinks they have power and efficacy. 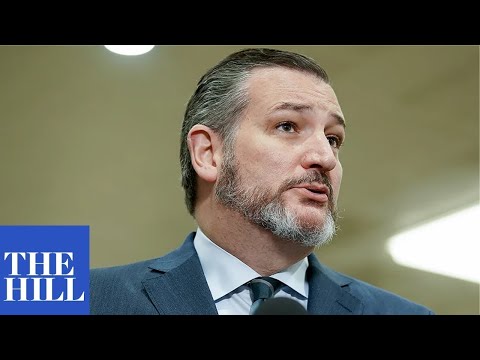 For the record, Cruz has bragged about his role in blocking gun-control legislation in response to the Sandy Hook massacre. “There’s a reason when Barack Obama and Chuck Schumer came after our right to keep and bear arms, that I led the opposition,” Cruz previously declared. “Along with millions of Americans, we defeated that gun control legislation.” And people aren’t going to forget it… [source]

Then he goes on to incite an insurrection.

He is vile and irredeemable.

The main issue I have with Cruz’s typical NRA-payback baloney was this claim:

There is so much wrong here.

The causality is the wrong way around. Let’s look at what we actually know:

What I don’t yet know but am hoping to fund out:

As USA Today reported a few years ago:

A report from Chicago authorities found that nearly 60% of illegal guns recovered in the city from 2009 to 2013 were first sold in states with more lax gun laws. The largest portion came from Indiana, which accounted for 19% of the illegal guns in Chicago.

The report blames Indiana’s lax gun laws, which allow gun owners to sell their weapons to other people without background checks or paperwork recording the sale.

“This makes it incredibly easy for gun traffickers, violent offenders and other prohibited purchasers to buy guns undetected,” the report said.

However, Indiana lawmakers have shown no appetite for tougher gun laws.

While Chicago’s homicide count grew to nearly 400 so far this year, the Indiana legislature, where Republicans enjoy supermajorities, has rolled back restrictions.

Just this year, lawmakers repealed a prohibition on manufactured sawed-off shotguns and passed a law intended to inoculate gun manufacturers from an ongoing lawsuit filed by the city of Gary, about 30 miles southeast of Chicago in northwest Indiana. Those changes come on the heels of a measure last year allowing adults to keep guns locked in their vehicles in school parking lots.

“It doesn’t matter where the guns come from,” he said. “It’s a societal problem in Chicago. … I don’t know what in the world Indiana could have to do with their inability to deal with their criminal activity.”

Gary Mayor Karen Freeman-Wilson, a Democrat who supports universal background checks and stronger rules for gun shows and sales, acknowledged that pushing for such laws in gun-friendly Indiana likely is impossible.

After all, this is a state where Indianapolis restaurant Papa Roux reacted to a robbery of its store this week by offering discounts to patrons if they showed a gun-carrying permit. The promotion drew huge crowds of gun-toting customers.

The point for me is that dealing with this problem will take decades and will need to be multifaceted and national. There will be no quick fix. What I am sure of is the continued lobbying of all Republican lawmakers from the NRA and the gun industry is not only a form of corruption, but it will continue to foster counter-productive politics and policies.