If truth be told, oftentimes when lying in bed at night with my better half, we’ll put on some trashy TV whilst I tap away furiously at my keyboard. Some of the TV that we watch isn’t of the highest cerebral quality, but is entertaining in its own manner. For example, we might watch Embarrassing Bodies or Body Bizarre, TV shows that document the abnormal bodies and health issues of otherwise normal people (in the case of Embarrassing Bodies), and that document truly amazing and challenging abnormalities in the bodies of some very unlucky people on Earth (Body Bizarre).

This is the sort of thing I mean: 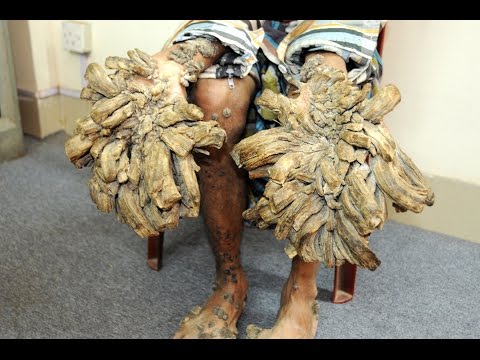 Other such episodes have any other number of staggering natural occurrences: 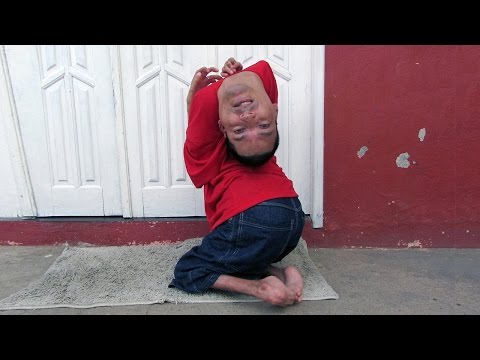 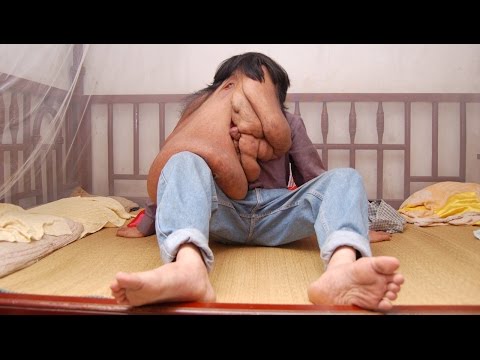 The thing is, any data in the world, in the universe, needs to be explicable in terms of one’s worldview. My worldview is naturalism, and these physical abnormalities are easily explained within such a paradigm. Science works to understand them, and then hopefully cure them (not always with success). In a sense, the Problem of Evil (or why there is so much suffering in the world) is answered by the simple naturalistic mantra of “shit happens”. But with theists, every instance of suffering must be rationalised away with reference to an OmniGod. If God is all loving, powerful and knowing, then how can people like this exist?

I am not, here, being prejudiced about the physical look or situation of these people in the sense of the judgement of the last sentence of “these people shouldn’t exist”. What I am questuoning is that given God’s fathomless love, how can he stack the cards so much against certain people? Sometimes, such harshness, such terrible hands of cards that are dealt to our fellow humans can be so bad that it causes such people to rise to the challenge and arguably become greater, more worthy people as a result. That said, I guarantee that almost every one of them, to a person, would swap their body for a typical body given half the chance. Would you rather have those warty protrusions or the body you presently have (assuming you don’t already have the warty protrusions of Tree Man)?

The point here is that, given the existence of OmniGod, it seems that life is desperately unfair. We could talk about this in any number of contexts: neurological disorders, diseases, poverty, IQ or whatever. The world is full of people who are dealt, in the sheer luck (or lack thereof) of their birth, wildly different hands. How do we explain these really challenging and often pretty terrible bodily scenarios in light of an OmniGod? If these bodies were great, then why do we not all have them? If they are terrible, then why do people have them at all? We can explain them without recourse to any post hoc or ad hoc rationalisation with naturalism, but with theism, we have this perpetual headache.

If these body types are sub-optimal (and you could take this to a much finer detail of differentiating myself from another “normal” body type that differs only in smaller scaled things, but still presents at least some non-zero degree of unfairness), then God is unfair in stacking the cards in favour of one person against another. People’s suffering appears to be a thing of random chance, determined by where and how they are born, or some other variable outside of their control.

Unfairness, as previously mentioned, can be instantiated in many different contexts. But here we can take away any ideas of mind (though the mind is affected quite considerably in the sorts of cases above) and look at simple physical differences as instantiating unfairness. We don’t need to talk about what sin they may have done, and whatpunishment they may have deserved. These are birth defects, often, dealt out to the unborn.

Simply put, God is unfair, and this is yet another way of showing it.