Just to take a break from arguing the ta’s pretty much everything, since the discussion boards have been getting into some kind of frenzy, I thought I would talk about something completely different today. And, hopefully, something that won’t cause such overt argument. However, I can still imagine certain people shoehorning some political diatribe about the wonders of Trumpism in there…

I’m not really going to mentioned movies here, apart from a couple in passing.

My partner and I are five episodes into Mare of Easttown, and we are absolutely loving it. It’s got that northern American feel and ambience that is very similar to The Killing (American version), which was another series that we love. In fact, the season finale of series 3 remains one of my favourite finales of any series ever. The similarities are in weather, urban environments and pallette and these give a grittiness and realism to the shows that aren’t just sunshine and big American houses.

Which brings me to my two favourite series that I think I have ever watched, and both are foreign-language productions. The first is Engrenages (English: Spiral), this is a French police drama that has now finished up to seven seasons. The character development and storylines have been absolutely brilliant. Superbly acted, this is a real treat of character-driven television. Love love loved it.

Second, is a masterpiece. If you had described the premise of the show before I watched it, and I knew nothing else, I probably wouldn’t have watched it. My Brilliant Friend is a period piece set in post-war Naples in Italy, concerning two young girls who become best friends. It follows their lives from there on and the second season finishes with them in the ready 20s, if I recall. Which is a fascinating scenario because the actors themselves were only mid-teens. Usually, you get older actors pretending to be younger people and it is very obvious. This had the interesting scenario of wanting to maintain actor integrity (and these two girls are phenomenal) throughout the lives of these people until they are in their early 20s and so we had a reversal of this process. The sets and production values of this are truly exquisite, and the acting sublime. The storytelling simply enraptures the viewer.

We eagerly await the third series and cannot recommend this production enough. It is simply wonderful. Every aspect of the series is tremendous, from the writing to the storytelling, from the set production to the costumes, from the directing to the acting. Together with The West Wing, we have my three favourites (I only realised halfway through Molly’s Game – quite brilliant – that Aaron Sorkin was behind that too).

Actually, let’s expand the three favourites to four – Schitt’s Creek. Wow, this was such a delight. I can’t tell you how much we came to truly love this show and all of its characters. At the very beginning, we were “What is this? Not too sure about it”, but man, did we grow to love it. It concerns a modern, rich, urban family losing everything and having to live together in twin rooms in a small rural town in back-country-ish America. What I only realised after watching a documentary on the show afterwards, is that (one of the main characters is gay – well, pansexual) the show does not relay one moment of homophobia. It is such a positive and uplifting show that carries with it the power of normalisation. We loved this so much – so beautifully written and at times emotionally very poignant. Episodes are wonderfully short and easy to consume.

Returning to France, The Bureau is absolutely magnificent. Love this show. Espionage French style. Really good production values and intriguing, with good character development. It also has that ability to dispatch a few characters that you don’t expect. We have Season 5 yet to watch. A definite recommendation. I think the first one or two are on Prime.

Sticking with La France, Netflix’s Lupin is also well worth a watch. For a bit of Norway, check out the movies 22 July, The Wave and The Quake. Also, the superb WW2 true story film The 12th Man. These are a mixture of Prime and Netflix in the UK. For some Iraq – though filmed in Morocco – check out Netflix’s US production Mosul.

Time for a number of documentaries. We recently watched Trial 4 on Netflix and thoroughly enjoyed it. It reminded me very much of The Staircase, also on Netflix, and checking it out on IMDb, it turns out that it is purchased and possibly even directed by the same people. You can tell by the way it is constructed. Both of these revolve around the development of a court case, but the context of both are wildly different. Whilst the former concentrates on a young black man who is clearly falsely accused and goes to prison for a considerable amount of time, The Staircase looks at someone who, at the outset, you think clearly committed a brutal crime. But throughout the long journey (quite a few episodes here!) of the series, your emotions and sympathies are twisted and confused so that, by the close, you end up sympathizing with someone you originally thought clearly committed a crime.

Trial 4 is a really clear exposition of corruption and implicit bias involved in the criminal justice system, particularly at the time that it was set. And if you’re watching this, definitely look again at the Oscar-winning 13th, which is a masterpiece, looking at incarceration and racism in the US. Which then leads onto the incredible docudrama When They See Us, detailing the story of the Central Park Five, and the miscarriage of justice that Trump even got involved in. Both of these last two are the creative constructions of Ava DuVernay, and are quite brilliant. This series really hit me hard.

Another great documentary, also on Netflix, is The Keepers – a great watch after seeing Spotlight and the awesome Mea Maxima Culpa. It concerns abuse and Catholic cover-up. Again. It’s a very well-crafted documentary.

Of all of these last documentaries and series I have mentioned, there is a theme that runs through them of gross unfairness, but hope that things can change given…evidence, and the honest treatment of it.

And talking of unfair. Corruption. Collusion. Immorality, and so on. You’ve got it all in Prime’s must-see: Active Measures. This should be watched by every American voter – every damned politician. How you could have Trump running the US as POTUS when he is so obviously compromised by Russia is a mystery. Anyone who shouts “Russia hoax” and any other such deeply naive nonsense needs to watch this. REALLY watch this and deal with all of the evidence. All of the intricate evidence painstakingly laid out. Deal with it. Anser it. Refute it. If you can’t (which you really won’t be able to – it’s factual), shut up. Just shut up with your Trumpist idolatry.

As a complete volte-face, I loved me some Brooklyn Nine-Nine because it was light, frivolous and often laugh-out-loud hilarious. I would download this on my phone and listen to it on my headphones whilst mowing the lawn or painting. The Captain is just quite brilliant, as well as Doug Judy. Ahh, I’m smiling just thinking of it.

Back to some serious drama, Godless is quite brilliant. A gritty  Western series starring Jeff Daniels (don’t get me started on my love of Aaron Sorkin, such as The Newsroom, starring Daniels, and The West Wing). Well recommended. It’s also on Netflix. As is The Queen’s Gambit, with its brilliant acting from Argentine-Scot Anya Taylor-Joy.

The BBC’s The Fall, with Gillian Anderson and Jamie Dornan, is superb – dark and character-driven throughout its three seasons (also on Netflix in the UK). The Umbrella Academy – meh; The Boys, on Prime – pretty good if you can get past possibly the worst accent ever committed to our screens. Worse than Dick Van Dycke, Kiwi Karl Urban utterly butchers a London accent to make it sound oddly Australian and just, well, bad. Very, very bad. And possibly, then, funny. The only saving grace for it is the swearing is sometimes hilarious. But, man, it was tough to hear such an accent shitshow.

Top of the Lake is another great Netflix-housed series, starring The Handmaid Tale’s (fab, though need to see Series 3) Elisabeth Moss, the first season being set in New Zealand, the second in Australia. Great police drama in a very different context.

Of course, The Good Place gets a special mention for bringing philosophy to the masses with some wonderful comedic touches – excellent stuff. As does Ricky Gervais’s Afterlife, which also deals with some big ideas (including atheism, as you would guess with Gervais). Both of these, you guessed it, on Netflix.

The BBC’s adaptation of the incredible true story of Charles Sobhraj – The Serpent – is an absolute must. Great production values and superb acting. One of those amazing stories that you just can’t believe you hadn’t heard before. This is set on the Hippie Trail in Southeast Asia in the 70s. Murder and mayhem aplenty. It stars Tahar Rahim who does a brilliant job alongside Jodie Foster in Prime’s recent The Mauritanian.

One of our lockdown staples was Prime’s Bosch – and I have to say, I love the theme tune. It’s based on a highly popular books series. 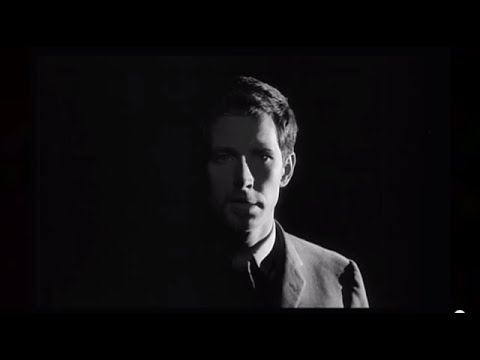 Prime’s Carnival Row was a pretty interesting and well-executed concept – a fantasy that felt alternative history in a weird Victorian era otherworld.

Finally, for all you atheist skeptics out there, check out Marketing the Messiah on Prime, with a bunch of big-name skeptics involved. We need more of this stuff.

And finally, finally – all the other brilliant shows I haven’t had time to mention – sorry. Particularly these BBC ones:

Honestly, each of the above deserve their own paragraph. Wonderful stuff.

There are probably many more we have watched over the last few years, but there you go. A lot of watch time, but that’s modern life and lockdown for you.

I’ve shown you mine, now you show me yours.