The dissecting and pulling apart of Mitt Romney‘s defeat has begun in earnest by the media on all sides of the political spectrum. Most of this has focused on stuff like voter demographics, the voting patterns of minority groups, and how successful both parties were (or were not) in getting their supporters to actually vote. A couple of things that have happened over the past few days are far more interesting to me. They offer a tantalizing glimpse into the minds of previously-hopeful Republicans — I say “hopeful,” though it may very well be a case of delusion more than hope.

First: This may be one of the amazing, beguiling, scary, and hilarious three minutes ever seen on FOX News Channel… which is saying something, given their standard content. I am, of course, talking about the moment FOX News finally called Ohio for Obama, thus ending the race for the White House: 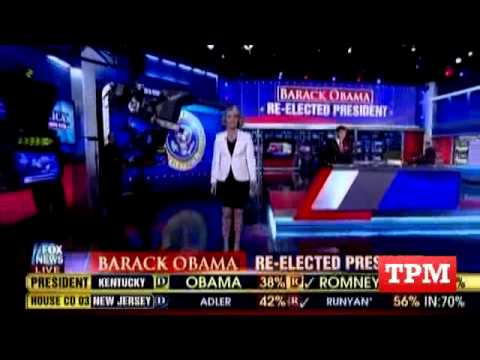 It’s Karl Rove‘s refusal to accept the situation developing around him, the imminent confirmation of President Obama’s second term that makes this clip so memorable. In a little under three minutes, he powers through the first four of the five stages of grief. First, denial: he just flat-out denies the call FOX News makes that Ohio has been won by the Democrats. Second, anger: he becomes angry at the result, angry at Ohio, and angry at his on-air colleagues for making the call. Third, bargaining: he backpedals, trying to claim that it’s still too early, too close to call, and maybe Romney can still snatch victory from the jaws of defeat. Fourth, depression: Rove and the whole FOX News studio go into a deep funk as it sinks in that Romney has, in fact, lost and Obama has won a second term in office. The final stage is acceptance; I guess we’ll have to see how that pans out.

It’s almost impossible to top that clip, but not to be outdone, Romney’s team accidentally launched a “President-elect” website for Mitt Romney. Clearly, this was some kind of accident — some tech guy pressed the wrong button, or something like that, but still! The campaign is over and they’re still making gaffes!

The site was not up for long but Taegan Goddard, who runs the website Political Wire, grabbed screenshots for the world to see. The screenshots were dated Wednesday at 8:40p, nearly a full day after Romney had conceded the election. The site invited people to his inauguration in Washington and included links to a newsroom and applications for jobs in the Romney administration.

In some ways, I’m glad this whole thing is over; in other ways, I’m sad the circus is gone and there are no more clowns to laugh at. Still, with a Republican-controlled House it’s going to be interesting to see how well they react to defeat in the presidential race. I’m guessing not very.