Skip to content
Reading Time: 7 minutes
I have a confession to make.  I still struggle with a deep self-hatred which I inherited from my Christian upbringing.  It’s been more than five years now since I “broke up with Jesus” and yet after all this time I still have this unhealthy undercurrent pulling me down, making me think less of myself than I should.  It most commonly rears its ugly head when I am under a great deal of stress.  I’m sure many could confirm that it’s when you are tired and your reserves are depleted that these things tend to come back to haunt you.  I hear some of this comes with age, too.  The older you get, the more you just get tired, and the longer you have to accumulate charges against yourself.  Some of that’s probably unavoidable, I guess, and is just a part of life.  It also doesn’t help me personally that I grew up around people with money, people from good gene pools, and people with talent, charisma, and intelligence oozing out of their well-cleansed pores.  I grew up around beautiful, successful people whose parents were beautiful, successful people as well.  The bar was set really high for some of us.  I’m sure that plays a role in this for me.
But there’s something else.  I was raised a Christian, and as such I was taught that people have something fundamentally wrong with them.  Like a thick vein of mineral coursing through bedrock, the notion of human brokenness runs beneath the whole structure of the Christian message.  It’s crucial to the belief system.  In order to need a savior you have to have something to save people from.  According to “the good news,” that something is ourselves.  When challenged about this, they will quickly backpedal and insist that it’s sin, not you, that you need saving from; it’s really something external to you, they will say.  But this isn’t exactly an honest representation of how most Christians are taught to think and talk about themselves.  When the public spotlight turns away and they begin to talk to each other and to themselves, the self-hatred and critical language begins to flow.  You hear it in their prayers.  You hear it in their favorite songs.  You hear it in their testimonies and read it on their blogs.  Negative self-talk abounds, and it’s inseparable from the narrative they recite to themselves every day.  I learned it well, and it still haunts me to this day.
This is wrong, and it’s incredibly unhealthy.  At bottom, it is really a kind of abuse.  Rather than building us up and affirming those parts of ourselves which are generous, productive, resourceful, and good, this discipline of self-loathing tears us down, reduces us, and teaches us to see ourselves in the worst possible light.  I was taught that anytime I do something right, that is God working in me, and anytime I do something wrong, that’s just me being me.  Think about that for a minute.  Imagine what 20 years of using that interpretive grid would do for a person’s self-image.  It’s no wonder most of the artistic expressions of both Christians and post-Christians exude a profound sense of inadequacy, indebtedness, and dependency.  Come to think of it, I was taught that dependence on God is the truest and most laudable relationship to which anyone could aspire.  But why?  We are taught to emulate dependency because we are supposed to see ourselves as incapable of producing anything truly good or valuable ourselves.  “Why do you call me good?” Jesus asked. “No one is good except God.”

Anthony Pinn calls this antihuman theology, and I think that’s a perfect description.  At its core, the Christian message—or at least the Evangelical Christian message—is anti-humanistic.  Rather than affirming what is good within humanity, it begins with a condemnation of all that is bad (even resorting to calling some things “bad” which are nothing of the sort).  In order to do this well, it must magnify in us whatever isn’t as good as it could be.  It must focus on the human negatives, emphasizing every shortcoming people have.  Just like any good sales pitch, “the gospel” begins with trying to convince people that they have a need, and that what the seller has to offer can meet that need perfectly.  And just as any successful company knows, if you want strong brand loyalty, you’ll have to keep people coming back again and again to get what you have to offer.  You have to teach them to rehearse the sales pitch over and over again, reselling themselves on the perpetual need for being saved from whatever it is about themselves that’s so awful.  As Jerry Bridges famously put it, “You should preach the gospel to yourself every day.”
Some people aren’t that bad, though.  Some are quite kind, generous, empathetic, and diligent by nature.  For those people, you have to raise the bar even higher.  For example, since they’ve probably never killed anyone, you have to convince them that being merely angry at someone is just as bad.  Wow, that’s a stretch, right?  Or say someone is both careful and ethical in how they navigate sexual relationships, perhaps even avoiding sex altogether outside a lifelong contractual commitment.  For those people, you have to convince them that even fantasizing about others is bad.  You have to create a category of “thought crimes” and convince them that thinking it is just as bad as doing it.  And then for the incredibly self-controlled people who can both keep from being angry at anyone and keep from fantasizing about anyone, you have to get really creative and invent new kinds of shortcomings, like failing to let people take advantage of you, or mistreat you, or even physically harm you.  But wait a second.  I don’t think those are shortcomings at all, do you?  Who would have the nerve to say otherwise?  If you’ve never read Jesus’ take on these things, perhaps you should reread the first chapter of the Sermon on the Mount sometime.  Jesus took self-criticism to another level, and he paved the way for the Christian faith to become a framework for teaching self-hatred, self-neglect, and self-denial.
Not too long ago, a contributor for Christianity Today wrote a post exhorting women to resist the urge to masturbate.  This probably won’t strike you as odd if you grew up in a Christian subculture.  But anyone who wasn’t raised in a body-shaming tradition will laugh at this proposal, asking where this woman gets off (sorry, I couldn’t resist) saying such things.  Outside of the religious reality bubble, this practice is seen as a healthy and helpful practice.  But inside that world, it’s bad.  You shouldn’t do it.  Even though it’s a natural part of being human.  See, Christianity teaches that what’s “natural” can be a bad thing because, according to its own narrative, people are broken.  We have a “nature” that’s warped and distorted now, so that we’re not as we should be.  Consequently for this worldview, even if something’s natural it may still be “wrong.”  So better keep those hands to yourselves, folks!  Or as the contributor instructs us, maybe you should take John Piper‘s advice and just think more about Jesus and how he’s really what you want.  Yeah, I’m sure that’ll take care of it. 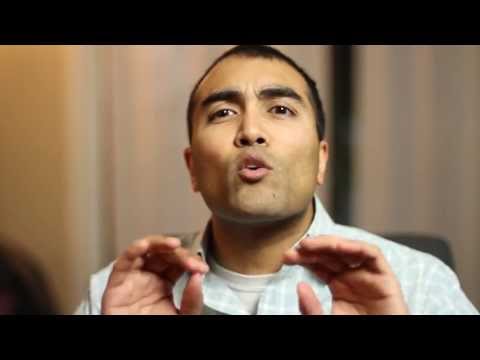 The stories we tell ourselves are powerful.  It may even be that the way we talk and think about what happens to us impacts us more than the events themselves.  That’s why this interpretive framework—and the self-talk it engenders—is so important.  We are careful to lovingly disagree whenever we hear a victim of abuse saying things like:

“I’m just getting what I deserve.”
“I’ve brought this on myself.”
“I’m lucky I have him because I don’t deserve him.”
“He only does what he does because he loves me.”
“Nobody else can love me the way he loves me.”
“Without him, I am nothing.”

But these statements sound eerily familiar.  They could have been ripped right out of a praise and worship song, or out of the prayers we were taught to pray.  What in other contexts would strike us as horribly dysfunctional, Christians have learned to call “good.”  That’s messed up.  And if you call them on it, they’ll swear that’s not how it is.  But then they get to church, or to their private devotional time, and the self-hatred begins to flow again.  It’s too central to the thesis of the Christian message:  You’re so bad that a guy had to die a gruesome death.*  You deserved eternal suffering for who you are and what you’ve “done” (mostly in your head).  You can’t tell people that and then turn around and say you encourage a healthy, positive self-image.  That’s a lie, plain and simple.

LEARNING TO STAND UP FOR YOURSELF

I left that ideological world five years ago.  But I still live in a culture that’s thick with Evangelical Christianity.  It’s all around me, all the time.  On top of that, I live with the residual effects of having this negative self-talk drilled into me through 20 years of devout faith.  It can take a lifetime to undo the effects of something like that.  It flares up the worst when times are hard because there’s always room to say, “Things could be better if only I would…”  And sometimes that’s even partly true.  But instead of taking that cue and seizing the opportunity to grow (as healthy self-talk would lead us to do), the discouragement sets in and weighs us down.  The pervasive generalized sense of inadequacy and failure tends to rob us of our energy, sending us down into despair.   Thanks, Jesus!
What can be done?  I’ve written about this before, but it all bears repeating.  You can start by countering the negative self-talk.  First recognize the sound of that voice in your head and call it what it is.  It’s no coincidence that the bogeyman in Christianity is called “The Accuser.”  That’s actually a great name for this voice in your head.  Next you can work on reminding yourself of the ways that you’re not a failure.  Rehearse the challenges you’ve overcome.  Instead of keeping track of your failures, learn to keep track of your successes.  Write them down if you must.  Then you need to learn to recognize those people who encourage you and build you up.  Learn to listen to them and take their advice.  For example, one of those people whom I know once told me: “You should talk to yourself and about yourself like you would a dear friend.  Whatever you’re thinking, if you wouldn’t say it about your friend, don’t say it about yourself.”  That’s great advice.  Just don’t do it in front of too many people because then you sound kind of douchey.
But do it you must.  It will take time and deliberate effort to counteract very many years of this subtle psychological abuse.  It is an anti-human ideology.  It is anti-you.  So don’t allow it in your life anymore.  And then when you’ve done some of what I’ve just described, come teach me how to do it, okay?
_______
* Whenever I bring up Evangelical theology’s obsession with personal guilt and the cross, non-Evangelicals rush to assure me that their tradition is free from this obsession.  “But what of the Christus Victor approach?”  I have different reasons for finding that view unpersuasive (short version: I’m an atheist), but this article is about the tradition in which I grew up.  We can tackle other traditions another time.