If people behave well because they fear punishment, is it really accurate to say they are “good people?” I ask this because it comes up a lot for atheists like myself.  When people learn I don’t believe in spirits, gods, or afterlives, the first question I tend to get is, “Well, what’s to stop you from (pick your crime)?”  People seem to think that the moment a person quits believing in God he turns murderous and should be kept away from children and small animals.  It’s a wonder they even feel safe talking to us at that point, if in fact they really do believe what they are insinuating about us.
Opportunists looking to promote the superiority of their tribe over mine predictably jumped at the chance to blame atheism for the murders of three young Muslim students at UNC/Chapel Hill last week, arguing as they always do that without a belief in God nothing is left to stop people from becoming criminals. In order to push this argument they have to conveniently overlook the fact that in the United States the crime rate is highest in the most religious states, and the fact that our prisons are full of people who believe in both God and an afterlife.  Most inmates in our prisons seem to have embraced that all-important loophole which says that even murderers can get off without doing time in the afterlife as long as they subscribe to a belief in a set of propositions short enough to fit on the back of a fake twenty dollar bill.  Clearly a belief in God isn’t what keeps people from doing bad things.
But what makes people good?  What motivates them to show acts of kindness, mercy, and acceptance?  How do we even define goodness?  These are big questions and in the end I find them far more useful than the mundane question of whether or not gods exist.  Yes, I still write about my own deconversion, unpacking the thought processes that I and others like myself have gone through on our way out of the religions of our youth, but that’s not where I intend to stay. If I were to spend all of my days thinking and writing about what I don’t believe in, my existence would be pathetic indeed.  Far beyond “mere atheism” I want to know what makes human beings strive to be better people and what motivates them to make a positive contribution to the world in which they live?

Guilt versus Love in Chocolat

The movie Chocolat is one of my favorite movies of all time, and it tackles this topic beautifully. If you haven’t seen it, please find a way to watch it sometime soon. It stars Juliette Binoche and Alfred Molina but also features Johnny Depp, Judy Dench, and Carrie-Ann Moss. The score by Rachel Portman is one of my favorites as well.  Whenever you do watch it I’d recommend you have some chocolate nearby because you’re gonna crave it before the movie is over.
Chocolat tells the story of a wandering gypsy named Vianne who one day drifts into a small provincial village situated on a river in the French countryside.  The year is 1959 and this quaint little village is still thoroughly steeped in its own insular history as if locked in another time period.  Oblivious to the religious tradition of her new surroundings, Vianne audaciously opens a small chocolaterie right in the heart of the village in the midst of the Lenten fast.  Just as the rest of the town is vowing to abstain for a time from worldly pleasures like sweets, this bold woman begins selling gourmet chocolate.  She is an unmarried mother who doesn’t attend church and the Count de Reynaud, who has taken it upon himself to be the spiritual guardian of the village, wants her gone.  She represents everything he seeks to keep out of his community, and he determines to do whatever it takes to make her want to leave.
This power struggle between the sanctimonious Count and the secular chocolatier comes to a head in the marital struggles of  Serge and Josephine Muscat.  Serge is a controlling husband who drinks too much and beats Josephine, who one day finally leaves her abusive husband and goes to live with Vianne above her chocolate shop.  When the Count de Reynaud learns of the abusive relationship he takes on Serge’s rehabilitation as his own personal project.  He physically drags him into confession, forces him to sit through catechism classes, and even dresses him up and gives him etiquette lessons.  He does everything within his power to coerce Serge into conformity with his expectations of an upstanding husband.  If he can reform Serge and restore his marriage, the godless shopkeeper would lose and he would win.
Josephine experiences something entirely different as she comes to live with Vianne.  Instead of bombarding Josephine with rules and regulations, Vianne simply befriends her and demonstrates unconditional acceptance of who she is despite all her obvious flaws.  She takes her on as an assistant and gives her a creative outlet, teaching her to make delectable treats for the townspeople, slowly transforming her into a woman who knows her own value and dignity.  By the end of the movie she stands taller, looks people in the eye and speaks confidently, and eventually she even learns to stand up to her estranged husband, who never does learn to value his wife for who she is.
Without giving away too many details to spoil the movie, I’ll tell you that the Count eventually learns that guilt and shame aren’t enough to make a bad person good.  He manages to train Serge to walk upright and say the appropriate words to feign contrition, but his reformation is only skin deep and he soon reverts to his naturally abusive state.  Serge’s behavior shames the Count and drives the town’s self-appointed Designated Adult to madness, eventually embarrassing himself in a nervous breakdown.
The Count de Reynaud personified his religion’s approach to reforming human behavior through the use of coercion, social pressure, guilt, shame, and the threat of posthumous punishment.  His attempts to shape Serge’s character failed miserably, and in the end it became obvious that even he himself couldn’t live up to the unrealistic ideals to which he had devoted his life.  Vianne brought no such expectations into her relationships, instead showing Josephine that she was a complete person worthy of dignity and respect, then enabling her to contribute to her community by giving her a creative outlet through which she could help make her little world a better place.

Before we can answer the question “What makes people good?” we must first determine how goodness should be measured in the first place.  What exactly is goodness, anyway?  Were the townspeople good, ruled as they were by the moralistic standards of their religious tradition?  Is goodness defined by the number of things from which we abstain?  Where in this equation should we factor how we treat people, particularly people who are different from us? In the end it’s the wide-eyed young priest who gives voice to one of the main lessons of the movie:

The Count learned this lesson the hard way, first by utterly devoting himself to a different definition of goodness and then by failing miserably to live up to it.  Rather than redoubling his efforts yet again toward measuring up to an unrealistic (and unhealthy!) ideal, he learned through his own mistakes that the rules by which he had been living failed to deliver the joy that was supposed to result from a life of religious devotion.  His piety only left him feeling empty and alone, unable to connect to other people in any authentic way.  Witnessing the love and forgiveness offered by people who didn’t follow his rules, the Count eventually opened his heart to a new way of looking at himself and at other people.
The lesson of Chocolat (and I would argue the lesson of life as well) is that religions aren’t what make people good; people make themselves good by choosing to show compassion and care for others.  To be fair, there are plenty of good people inside of each religion and each religion seems eager to claim credit for anything good that its people produce.  But religionless people can be just as compassionate and just as accepting—in fact they often can be even more so because they aren’t encumbered by superfluous and arbitrary expectations accumulated from centuries of religious tradition.  It’s a lot easier to accept people unconditionally when you aren’t accustomed to having a large pile of conditions placed on you yourself.  In other words, good people exist in every religion, but it’s not their religion that makes them good. Often it’s their religions that spoil their good deeds by lacing them with implicit judgment, making every gift a mixed blessing.
Vianne leads the whole town to discover that they can be good to one another without judgment…and that sometimes chocolate is exactly what you need to feel better. 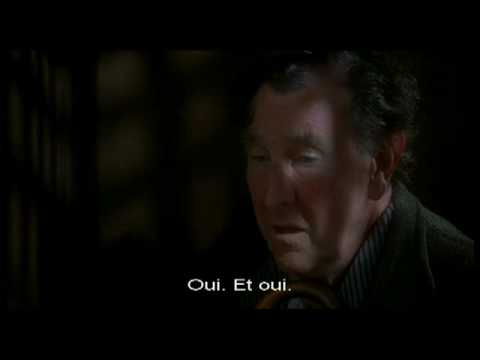