As an atheist who lives in a highly religious community, it should come as no surprise that religious liberty is very important to me.  In fact, long before I ever became such I was raised as a Baptist, and they of all people should know that religious freedom requires keeping the church out of matters of state, and vice versa.  They pioneered the idea because they learned the hard way what happens when churches try to enforce their own faith onto others by the force of law.
[Read “Religious Liberty is a Two-Edged Sword“]
I now consider myself a secular humanist, a change which I found required no alteration to my commitment to religious freedom. In fact, as a humanist I feel I have become even more committed to preserving the right of others to believe what they do without government interference. As a civil libertarian I also believe that no one should be judged on the basis of their race, their gender, their level of ability, or their religious creed.
And as an American, I believe that our government isn’t doing its job if it isn’t working to protect people’s search for life, liberty, and the pursuit of happiness. That’s why it upsets me to hear the recent talk of “shutting out” entire groups of people based on their religious affiliation.
I’ve done what I could to ignore the bloviations of politicians pandering to an increasingly unreasonable voting bloc, especially since at least one among them seems intent only on keeping his own name in the news every single day, irrespective of its relevance to his own candidacy (I refuse to link to his media coverage here).  I almost imagine him sitting in his hotel room each morning wondering what crazy overstatements he can get away with next, perhaps even surprising himself with how well-received he continues to be among people who were clearly sleeping their way through their history classes growing up.

Finding the Balance Between Freedom and Security

But now people are seriously bandying about notions of instituting religious tests as prerequisites for immigration, and it’s no longer entertaining to watch. It’s becoming a thing I have to start taking seriously.  It would be one thing if an attention-hungry megalomaniac were spewing xenophobic diatribes and then encountering backlash from his own potential constituents. But that’s not what’s happening.
On the contrary, people around me are starting to nod their heads in agreement.  They are openly speaking of shutting out all Muslims simply because there are some of them who have gravitated toward violent factions of their faith. One high-ranking state representative in Tennessee has even called for rounding up Muslims who have already made it through the grueling immigrations process in order to send them back, or at least detain them for a time until they can be vetted again according to some method more trying than the one they’ve already endured.
No.
That’s not how this works.
I find myself in the ironic position of defending devout believers before the devout of an opposing religious tradition even though I see both of them as believing equally indefensible things.  But the fact that I think they believe in fictitious invisible beings does not reduce my commitment to protecting and defending their right to do so to their hearts’ content. 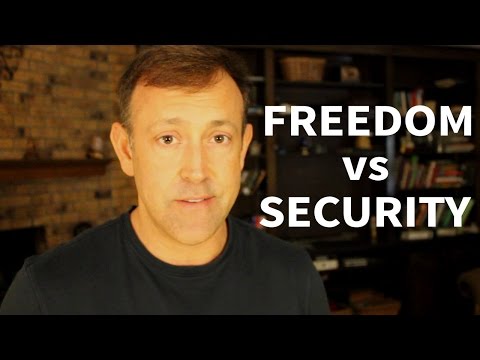 You have every right to profess faith in whichever deity you please. You simply cannot do so while simultaneously calling for discrimination against people who believe in a different deity.  You’re being a hypocrite, and you don’t even seem to understand that you are asking for procedures to be put into place which could just as easily be used against you and your own religion if the right people were to take over.
It is in your best interests to demand a total and complete separation of religion and government, and it is in your best interests to insist that no religious test for citizenship (or leadership) must ever be put into place.  That’s why wording to that effect was worked into not one but two places in our constitution.  Both Article VI  and our First Amendment guarantee that government cannot meddle in matters of religion.  That goes for Islam just as well as for Christianity, or for any other faith for that matter, or for those like myself who have no faith at all.
Don’t be fools.  You should know better than to entertain such talk. And if people around you start talking as if religious tests for citizenship are necessary for national security, you need to ask them to reconsider what kind of nation it is they want to secure. Because if it’s a nation that only allows certain religions to enjoy protections at the expense of others, it is not the land of the free.  It’s a nation other than the one you were born into.
———-
If you’d like to keep up with what I’m doing, you can “Like” the Godless in Dixie Facebook page:

And I would be profoundly grateful if you would consider becoming a sponsor of this blog on Patreon in order to keep me doing what I’m doing. Click on the image below to find out how.