[Today’s guest post is excerpted from a talk by Katie Kruse given at Zeteticon 2014 in Fargo, North Dakota]
Any magician will tell you that the easiest audience to fool is one that consists of knowledgeable adults. The older and “wiser” we become the more fixed we become in our own perception of the world. Just like anything becomes habit with repetition – so too do our assumptions and experiences become cemented to us as the only form of reality the longer they go unchallenged. This limitation was the central theme of David’s Fosters Wallace’s famous graduation speech “This is Water.” Likewise, Daniel Kahnamen’s work in Thinking Fast and Slow highlights the ways in which our lazy brains perpetuate this problem– the tendency toward biases in many cases is the brain making shortcuts in judgment by making assumptions based on our limited, previous experiences. So the older we become and more “expert” we think ourselves – the faster we jump to unwarranted conclusions.

Nothing fools you better than the lie you tell yourself. – Teller

So how do we become less easy to fool? I think training ourselves and others to think both critically and skeptically is essential. From this manual for converting Chinese students to Christianity (see slides starting around 00:30) comes an astute observation. It always amazes me how well people of one religion can analyze and criticize people of another religion but fail to apply the same scrutiny to their own. 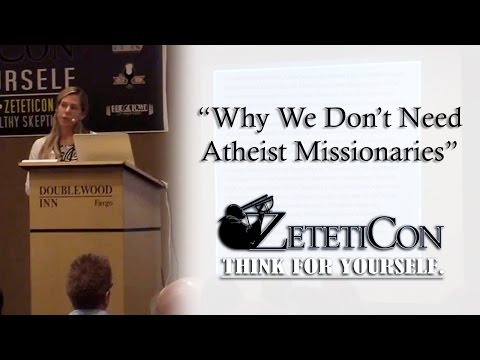 As a missionary I believed students were imprisoned to Marxist ideology without realizing the entire passage above could be rewritten to reflect the in-the-box type of thinking Christians have about their own faith and continued misperception about those who differ in their beliefs. And my Chinese students, many of them, when presented with Christianity, readily accepted this shift in allegiance from one authoritarian ideology to another without ever really analyzing the ideas or questioning the claims. This passage did reflect a weakness in Chinese thinking. They were taught to accept anything that was told to them as true by an authority figure. But all I was offering them was a different set of ideas that I was telling them was true. The Christian one seemed hipper, more interesting and potentially more beneficial (to learn English) to some of my students so they converted.
I am a classroom teacher – English is my subject — if you couldn’t guess. But the last few years I’ve been involved in technology integration work (utilizing iPads, launching 1:1 programs, etc). Substituting one blindly accepted ideology for another is kind of like when I train teachers to integrate iPads into the classroom and later they ask me come in watch an amazing activity where the students create newsletters on their iPad. It takes me a long time to get across that the purpose of classroom technology is not to substitute one paper-and-pen activity for its digitized counterpart. In China that is what my missionary work was – that is what all missionary work is. You go to areas where people have an authoritarian view—in China they were atheists, but their particular view was still authoritarian. I was merely offering them a different ideology to buy into. What they believed shifted, but how they thought remained unaffected.
The ease with which we can acquire information – in any place and any context – in this information age is startling. But why did it take me and so many others so long to tap into such readily available information? Why did it take me so long to face the inconsistencies of my faith? In part, the thought process to undo years of indoctrination is a long one. More so though – it is painful and uncomfortable.
I don’t want my kids to go through that, but I’m limited in my influence over them. But what I can do is give them some tools of critical and skeptical thinking that I found useful along the way.

Having a Fixed vs. a Growth Mindset

Our minds are imperfect and full of bias. I make better decisions and have better relationships when I constantly ask myself: Am I clouding this situation, person, article, website through the lens of my own expectations? The mind is like a muscle and just as prone to laziness as the rest of our body. We must make a conscious effort to consider how our own biases and preconceptions filter our every thought, experience and decision.
Perhaps the most difficult thing for us skeptics is to foster an attitude toward others (as well as ourselves) that is based on impermanence. As an educator, I’ve been highly interested in recent work on the impact of a fixed vs. growth attitude toward learning. In the book, Mindset: The New Psychology of Success Carol Dweck explains:

A “fixed mindset” assumes that our character, intelligence, and creative ability are static givens which we can’t change in any meaningful way, and success is the affirmation of that inherent intelligence, an assessment of how those givens measure up against an equally fixed standard; striving for success and avoiding failure at all costs become a way of maintaining the sense of being smart or skilled.
A “growth mindset,” on the other hand, thrives on challenge and sees failure not as evidence of unintelligence but as a heartening springboard for growth and for stretching our existing abilities.

This same mentality but applied toward those who are different from us has been highlighted in psychological studies as a way counteract the tribalism so natural to our species. Studies done on babies show preference for one’s own race begins at an early age. This in/out categorization later extends into multiple areas such as size, appearance, religion, ethnic background, hobbies, and skills.
What I’ve definitely noticed in my few years as a part of the skeptical/atheist community is that we are not immune to haughty categorizations of who is smart/stupid, educated/uneducated, worthy of our respect/unworthy of our respect. As someone who watches Matt Dillahunty often, I want to say that I’m not necessarily saying that making fun of ridiculous ideas is not only effective, but at times necessary. However, I do think we as a community of skeptics should be constantly reminded that people – like me for example – are not fixed in states of stupidity, ignorance or irrational thinking.  Some of us can and often will grow through them when given the right combination of interest, experience and knowledge.
There was a recent study done by political scientist Brendan Nyhan of Dartmouth college into the best methods of correcting false information.  He chose the anti-vaccination group as test subjects. He used four different approaches and none of them were effective at changing people’s minds. I really hope to see more studies focusing on the most effective methods of correcting false information. In the meantime though, it does work – occasionally minds do change – (I’m proof of that) and it is helpful to consider that the person you are speaking with may not be fixed in his/her state of ignorance forever.

This is Why We Don’t Try to Convert

Though I was only officially employed by the church as a “tent-maker” (aka missionary) twice, a missionary mindset pervaded almost every single encounter I had in China. Every Chinese person was a lost soul that needed saving. When I became an atheist, I unconsciously transferred some of that crappy missionary mindset over to interactions with my religious friends and family.  It took me time and reflection to realize that this approach unquestionably antithetical to the goals of the larger atheist community. There is no place for the missionary mindset in the atheist community. The missionary mindset values substitution over transformation. It aims to affect not how one thinks but specifically what  one thinks. Aim to change how people think above what people think.
[If you’d like to hear he full talk from Zeteticon 2014, you can find that by following this link.]
__________

Katie Kruse was raised in a conservative evangelical home and felt called to the mission field after college. She spent her first few years in China as a “tent maker.” She sought more legitimate work as a teacher in the international school system as the years went by and her belief in Christianity began to fade. She now lives state-side (in Illinois) with her 3 children where she takes pride in her dedication to google fact-checking every conversation — sometimes mid-sentence. You can follow her @howetokruse.