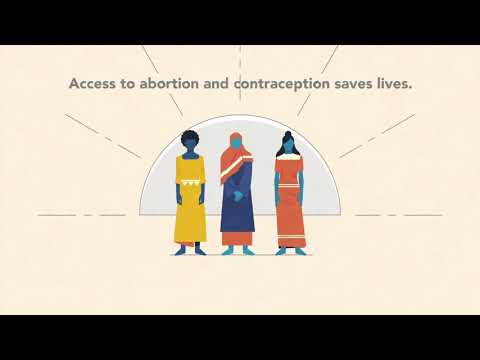 The American South has been losing religion-tinged conflicts — and figuring out dishonorable ways to ignore those defeats since the end of the Civil War more than 150 years ago. As such, Southerners today continue to fight that bloody atrocity, but by other means.

Southerners have weaponized religion in each defeat — military and cultural — to ultimately and, I believe, immorally, evade the terms of their surrenders.

“Jim Crow laws were a collection of state and local statutes that legalized racial segregation,” the website History.com explains. “Named after a Black minstrel show character, the laws—which existed for about 100 years, from the post-Civil War era until 1968—were meant to marginalize African Americans by denying them the right to vote, hold jobs, get an education or other opportunities. Those who attempted to defy Jim Crow laws often faced arrest, fines, jail sentences, violence and death.”

The South justified racial terrorism and these un-American, un-democratic laws and practices because of Southerners’ long-held if false views that the Bible (and, thus, God) condones slavery by not directly condemning the practice and also divinely codifies the inherent supremacy of whites over blacks.

The second lost “war,” this one fought on a cultural rather than military battlefield, was about denying American women — and eventually all women everywhere who benefit from U.S. funding — the right to legally obtain abortions. Roe v Wade, the landmark U.S. Supreme Court decision that was the armistice document for this conflict, held that unduly restrictive state abortion laws are unconstitutional. The ruling effectively made abortion, with certain restrictions, legal in the U.S. Pro-lifers simply refused to abide.

For Southern Christians, especially evangelicals, this is less about politics than religion. Their consensus was that abortion was the divinely prohibited murder of an “unborn child,” no matter what stage of embryonic development, and an arbitrary act of disobedience against God’s will. The core attitude, based in Christian dogma, is that all human life is sanctified and sacrosanct. King’s X.

To evade this second defeat, Southern evangelical activists since Roe v Wade have been relentlessly at work encouraging state legislatures — with impressive success — to thread the legal needle and create laws that, in fact, “unduly restrict” women’s right to abortions while ostensibly meeting the minimum letter of the federal Supreme Court ruling on legal abortion. Fortunately, many if not most of these disingenuous laws meant to circumvent the high court’s decision have been struck down by various courts of the judiciary, including the Supreme Court.

But so-called “pro-life” evangelicals (who apparently don’t factor in the thousands of needless women’s deaths nationally and millions globally after unsafe or arbitrarily prohibited abortions) refuse to accept the reality that they lost the abortion fight in 1973. All the continuing cultural and legal skirmishes are rear-guard guerilla actions, a kind of insurrection, as are the KKK and were Jim Crow laws (which largely ended with the Civil Right Acts of 1964 and 1968 and school desegregation laws).

But the abortion wars continue, however, including over application of the 1973 Helm’s amendment to the Foreign Assistance Act (aka, the “Mexico City Policy” and “Global Gag Rule”), named after the late North Carolina Sen. Jesse Helms. The amendment states that “no foreign assistance funds may be used to pay for the performance of abortion as a method of family planning or to motivate or coerce any person to practice abortions.” Only invocable by a presidential executive order, the amendment has often been used by Republican administrations in the past to withhold funding for any international aid recipients that oversee abortions or related services under any circumstances, including in cases of rape, incest and health of the mother. It also prohibits aid for organizations that “promote” abortion or related services, thus the “Global Gag Rule”).

In effect, the amendment allows presidents to enforce an American minority religious attitude regarding abortion — the consensus of evangelicals and Catholics that fetuses are sacred, and that abortion is murder and a crime against God and nature — on any global recipient of U.S. aid, using denial of funding as a cudgel.

America’s new Democrat-controlled administration and Congress are trying to change that.

“On [Jan. 28], a week into his term, President Biden signed a memorandum rescinding the policy,” the Washington Post reported. “He also directed the Department of Health and Human Services to review a rule instated by Trump that cut off federal funding for domestic family planning programs involved with abortions, such as Planned Parenthood, and ordered the restoration of funding to the United Nations Population Fund (UNFPA), which Trump had cut in a dispute over abortion provisions.”

The U.S. House and Senate introduced The Global Health, Empowerment, and Rights Act (Global HER Act) on Jan. 28 in House bill H.R. 556 (with 177 co-sponsors) and Senate bill S. 142 (46 co-sponsors), which aim to effectively rescind the Helms amendments. Both bills share this same summary:

“This bill states that foreign nongovernmental organizations shall not be ineligible for U.S. international development assistance under the Foreign Assistance Act of 1961 solely on the basis of health or medical services provided by such organizations with non-U.S. government funds if such services do not violate the laws of the country in which they are being provided and would not violate U.S. federal law if provided in the United States. Such organizations also shall not be subject to requirements relating to the use of non-U.S. government funds for advocacy and lobbying activities other than those that apply to U.S. nongovernmental organizations receiving such assistance under such Act.”

Another bill — the Abortion is Health Care Everywhere Act (AHCEA)was reintroduced in the U.S. House on March 9, 2021, in commemoration of International Women’s Day. It discards the Helms amendment text from statute and supplants it with “proactive language stating that U.S. funding shall be used to provide comprehensive reproductive health-care services and information, including abortion services, training, and equipment,” according to the pro-choice website Repealhelms.org. The bill was originally submitted last July.

These bills will potentially save millions of lives and protect women’s bodily autonomy worldwide. A Newsweek op-ed by Population Institute researcher Vina Smith-Ramakrishnan noted research estimating that repealing policies like Helms and restoring funding for safe abortion globally, the U.S. could slash unsafe abortions by 72 percent, unintended pregnancy by 68 percent and maternal deaths by 62 percent. Helms amendment-like policies have led to  “more than 35 million women and girls have unsafe abortions every year, resulting in millions of serious injuries and nearly 50,000 deaths. Unsafe abortions are one of the leading causes of maternal mortality worldwide,” Smith-Ramakrishnan asserts in her article.

“… the Helms Amendment is a reminder — if we needed one — that colonialism is alive and well. It’s a reminder of one of the ways the United States government continues to police the bodies of black and brown people, especially women, around the world through their most personal healthcare decisions. These arbitrary restrictions espouse a religious and non-evidence-based agenda with astounding global impact,” states an article in The Humanist, the magazine of the American Humanist Association (AHA).

The tragic irony is that years of application of the Helms amendment have had no effect on its stated intent: reducing abortions. The AHA, which has joined the House in support of the AHCEA bill, contends:

“Abortions will happen whether they are legal or illegal, whether our country funds them or not. There are 25 million unsafe abortions each year, accounting for 45 percent of all abortions, and almost all unsafe abortions are performed in low- and middle-income countries that receive U.S. foreign assistance. The bottom line is that the Helms Amendment kills: unsafe abortions are one of the leading causes of maternal death around the world.”

The South is poised to lose again.

So, what’s the point of the Helms amendment other than supposedly appeasing some imagined deity?