Although I’m unrepentantly nonreligious, I often find it illuminating, even encouraging, to read religious blogs, as happened this week.

One morning, I ran across a very compelling (if way, way too long) post by Fred Clark, whose progressive Christian blog, Slacktivist, carries this curious-for-a-Christian tagline: “Test everything; hold fast to what’s good.” 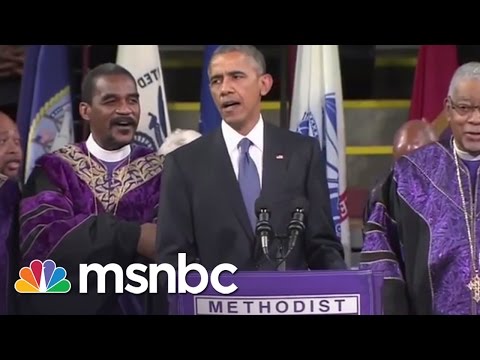 Testing reality does not seem to be a core Christian tendency, in my experience, while accepting Jesus without objective assessment certainly is.

In fact, not once do the words “God,” “Jesus,” “Christianity” or “religion” appear in Clark’s 2,142-word treatise lauding the universal virtues of goodness and kindness, and decrying many Americans’ resentment against those less privileged or less endowed with wealth or ease than they.

The word “faith,” however, does appear once but in a negative, hyphenated form: “bad-faith.”

I still am not sure what to think of this very interesting essay. It’s interesting because while it exudes the ethos of nonreligious humanism it was written by a believing Christian; interesting for the timeless virtues of human decency it extolls; and particularly interesting due to the theological and philosophical dichotomy it represents.

I doubt any good atheist, agnostic or modern-day Christian heretic would find anything objectionable in this piece, anything that would seem irrational or ethereally subjective.

Clark’s post, although titled “Anti-maskers and the resentment game,” starts off talking about handicapped parking spaces.

“We decided to create such designated parking spaces for those who need them because, collectively, we do not wish to be jerks. We want to help those of us who need help or, at least, we want to be the kind of people who would do so. But because we also know ourselves to be capable of acting like jerks, we chose to make a law to bind ourselves to behaving the way we want to think that we can and should behave. Seeing those parking spaces, as we said last time, can thus be ‘a bright blue recurring reminder for all of us, every day, that we’re capable of choosing not to be assholes.’”

It’s humanistically true. While most of us do good because it instinctively seems the right and peace-inducing thing to do, a common characteristic inherited through eons of human evolution, we are also acutely aware that most of us — also naturally —at a moment’s notice can also be selfish, venal, callous and cruel.

That’s why we make laws, such as enacting facemask mandates in pandemics, to prohibit us from following our worst impulses. And we enact these constricting edicts for the common good, safety and peace. If we didn’t, our nation would certainly be a far less congenial place.

So, although Christians have glommed onto the anti-masker protest for political reasons, they’ve also done so to express their religious grievance in a society they fear is rapidly galloping into the future and promising to leave their faith in the dust. (See my July 23 post on this subject, “Virus Mask refusals driven not just by politics. It’s religion, too.”)

Of course, that’s a gross exaggeration, but anti-maskers don’t know that.

The point is that mandated face-masking is a public-health issue. Making it political or religious is just unjustifiably prejudicial, and it puts many, many innocent Americans at risk. As health experts have been telling us for long weeks, the viral pandemic now visiting many cities across the U.S. was “completely preventable” if the vast majority of people had just worn masks, social distanced and frequently washed their hands.

But no. We now have people trying to falsely castigate common-sense directives to fight the pandemic as “government over-reach” and a violation of human rights and freedoms.

The “resentment” component of all this is that since not every single establishment, institution or congregating group has been restricted in exactly the same way by government edicts during the pandemic, it means some (i.e., Christian church congregants) are being treated unfairly and unequally, persecuted for their religion.

But Clark contends that, ironically, the current resenters are relatively privileged Christians, not members of a traditional underclasses, like minorities or the poor.

“Those with genuine grievances do not, for the most part, seek or find their identity in being aggrieved. They may hunger and thirst for justice, but they are not obsessed with resentment. The oppressed, outcast, abused, and exploited would seem to have every right to live their lives shaped by a seething resentment, but the vast majority of them do not do so. That’s an astonishing and beautiful thing — so strange, in fact, that when one of our most eloquent public figures tried to articulate it in a speech, he wound up breaking into song.”

That would be President Barack Obama, who sang “Amazing Grace” (joined by the congregation) during his 2015 church eulogy for Rev. Clementa Pinckney, who was murdered in a shooting at her Charleston, South Carolina, church not long before. It was widely acknowledged to be one of the most moving moments of his presidency.

“The vast majority of actual resentment that actually exists is something else entirely,” Clark asserts. “It’s that same emotion of aggrieved woundedness — an emotion painstakingly nurtured and fed, cherished and savored — but it is overwhelmingly found among those who have benefited from denying basic fairness to others. Most of the resentment in this world is ‘felt’ by the haves, rather than by the have nots. This may seem decidedly un-natural and illogical, but it is nevertheless the case. Those who have no legitimate grievance, those who enjoy the benefits of what was rightly due to the deprived are more often the ones whose lives are shaped by seething resentment and by feeling perpetually aggrieved.”

If this is new-time religion, it sure sounds like progressive secular humanism to me.