This is the kind of thing that makes Christianity or any other supernatural belief system terrifying to me.

It is the video of an Aug. 18 interview by CNN anchor Anderson Cooper of Mike Lindell, the founder and CEO of MyPillow, a die-hard Donald Trump acolyte and a recently seated board member of Phoenix Technology, a company that manufactures and is promoting oleandrin, an extract of the very poisonous oleander plant, as a sure-fire covid-19 cure. 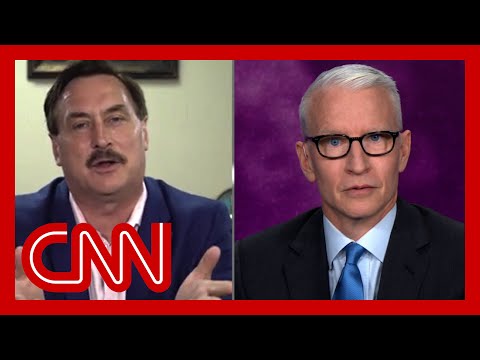 In marketing the substance, Lyndell is “pushing an unproven therapeutic treatment for coronavirus, sales of which could benefit him,” according to a report in The Hill. Asked by CNN’s Cooper what evidence he had for the efficacy of oleandrin, Lindell told him the alleged treatment “has already been tested and is now in front of the FDA [U.S. Food and Drug Administration, which authorizes distribution of new therapeutics].” He also said he had given oleandrin to friends and family members and that it had “saved their lives.”

Lindell told Cooper that by “misconstruing” evidence, “the media is trying to take away this amazing cure that works for everyone,” but he was unable to point to one specific study on oleandrin’s alleged medicinal potential that has been formally vetted and backed by the scientific community.

Under sustained pressure by Cooper, who asked him why he was touting such an unsubstantiated “snake oil” cure and pushed him to provide data or proof for oleandrin’s supposed efficacy, Lindell retreated to the safe harbor of faith.

“All glory to God … I do what Jesus has me do,” Lyndell explained. “Why would I do this? Ask yourself why would I ruin my reputation if I didn’t believe in this product?”

He believes this presumably for the same reason he believes in an unsubstantiated, unproven deity. He just enjoys the act of believing, whether rational or not.

To my mind, the most unnerving take-away from this CNN interview is that Lindell appears to believe that oleandrin is a “miraculous” coronavirus cure “for everyone,” without reputable evidence, simply because he passionately believes it.

This is the conceit of medieval Christianity in a phrase. From church fathers Augustine to Anselm to Martin Luther, the central meme was “first believe so you can see.” In other words, simple faith in invisible things before they are actually verified — call it “received wisdom” — will lead people to see that they must inevitably believe in them.

That would be the opposite not only of science, but of reason.

This is the real road to perdition, on earth.

Because birds of a feather flock together, Trump said this week at a meeting to discuss oleandrin that he will “look into” it.

The president had previously touted the anti-viral efficacy of hydroxychloroquine (an anti-malarial drug now proven ineffective against covid-19 and sometimes lethal), injecting people with disinfectant bleach and shining germ-killing ultraviolet light inside the body.

I’m not holding my breath for FDA approval of any of these, much less an extract of toxic oleander as even a partial therapeutic much less a cure for the current pandemic.

I can’t wait to hear what Dr. Fauci has to say about oleandrin, however. I’m guessing the probably is high it will be entertaining.

Perhaps the most sane comment in the Lydell interview was Cooper’s, when he responded to Lindell’s claim that he was just doing God’s work.

“You think Jesus wants you out here promoting remedies that … [have] never been tested?” Cooper asked him.

Sure. Makes total sense. The omnibenevolent son of God would absolutely want people urging others to ingest substances that are provably toxic (a single oleander leaf can kill a small child or dog, for instance).

To get a sense of how toxic this plant is, the home-advice website Thespruce.com, notes:

“While [the oleander is] a beautiful shrub, all parts of it are toxic to people and animals. Ingesting any part can cause serious symptoms or even death. … The plant is a potent source of cardiac glycosides, which can cause irregular heart activity. Even eating a single leaf or drinking water from a vase with an oleander flower can be lethal to a small child, though the mortality rate is generally low in humans.”

Still, that should be more than enough caution to discourage anyone from promoting oleander extracts as miracle cures before a thorough scientific vetting and efficacy/safety concensus.

But either way, there’s still zero chance Jesus will save anyone from anything except in their own minds.