As I read last week about the Catholic Church’s conflicting directives to the faithful about coronavirus vaccines, I recalled how survivors of a 1972 winter plane crash in the South American Andes mountains democratically elected to cannibalize non-survivors.

These incidents may seem wildly unrelated but actually aren’t. The moral choices involved for each are of similar magnitude if not equally visceral.

The Church’s recent varying vaccination decrees all focused on how directly fetal cells obtained in abortions were ostensibly used in development and/or production of the vaccines (they weren’t, in fact). Since Catholic doctrine stresses the godly sanctity of all human life, elective abortion is seen as a mortal sin — an arbitrary taking of a life while disrespecting its innate holiness — and a religious taboo is now attached to that procedure.

Survivors of the Andes crash (watch embedded video below) — passengers included a team of Uruguayan rugby players, their friends and families, and the plane’s crew — ultimately faced the wrenching decision of whether to consume the frozen remains of those who perished in the crash or afterward, or to die themselves. Another traditional taboo. 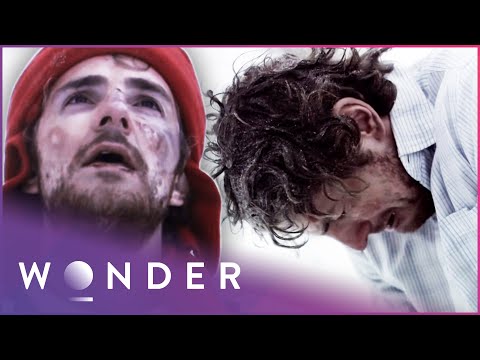 As with these two examples, difficult moral choices are usually fraught with uncertainty, because, as with most choices, pros and cons can often seem to be equally compelling simultaneously.

Does a good Catholic reject Covid-19 vaccines to protest the use of embryonic tissue in vaccine development and testing based on the (false) belief that such tissue was part of the process, or, instead, embrace vaccines to protect themself and others from a virulent and potentially deadly disease?

Likewise, does a good Catholic, as were all the Latino passengers on the Andes flight, choose to die of starvation rather than violate the bodily sanctity of the dead to survive?

Which choice leads to the greater good? Which is the most justifiable?

According to a Washington Post article, Catholic authorities surprisingly (to me) considered various religious and rational factors in counseling the faithful on vaccines, including “how extensive and direct are any [vaccine] connections to an abortion, the urgency of the pandemic and the potential to improve the common good.”

The effect of these complexities on the Catholic hierarchy’s vaccine communications has been mixed. The Post article reported:

“The Vatican first sought to counsel Catholics about the coronavirus vaccines in December, when its Congregation for the Doctrine of the Faith declared it ‘morally acceptable’ to take ones that relied on cell lines from aborted fetuses in their research and production ‘when ethically irreproachable Covid-19 vaccines are not available.’”

The ethical reasoning, a National Review article explained this week, was that fetal cells were not used by Pfizer and Moderna and developing their vaccines. Likewise, Johnson & Johnson used none in its vaccine.

When the Johnson and Johnson vaccine was approved for distribution, the Tennessee Health Department posted on its website a pointed explanation of how fetal tissue was not used in producing its vaccine:

“Tissues are groups of organized cells. Tissues are not used to make vaccines. Fetal tissue was not used to make J&J’s, nor any other, COVID-19 vaccine. In developing its vaccine, J&J used a fetal cell line, which no longer contains the original donor cells, to grow a harmless virus, which causes some of the body’s cells to make a protein that causes the immune response.”

Pope Francis himself has since taken the Pfizer vaccine, and the Post reports that in February the governor of Vatican City said that “employees who don’t take a vaccine could be sanctioned or fired.”

Elsewhere, Catholic prelates have different ideas. The U.S. Food and Drug Administration authorized emergency use of the Johnson & Johnson vaccine in late February, and the U.S. Conference of Catholic Bishops quickly advised Catholics to “avoid taking the Johnson & Johnson coronavirus vaccine if possible and choose alternatives from Pfizer or Moderna,” according to the Post. Apparently, they viewed the J&J vaccine as more morally suspect.

However, the overall rational structuring of advice from Church authorities regarding vaccines, allowing personal moral choice, is reassuring in its practical reasonableness and general lack of a rigid, doctrinaire mandate.

So the Catholic hierarchy and the Andes crash survivors wrestled with the same moral quandary — which path would require the least moral compromise and produce the most profound good?

In both cases, the deciders decided that preservation of real life trumped knee-jerk evocation of the divine.

In the end, the various coronavirus vaccines now available are virtually assured of saving untold thousands of lives globally by blunting the spread of the pandemic with herd immunity. The Andes passengers’ choice to violate the universal taboo of cannibalism as a means of saving some from certain death resulted in the survival of 16 people among 45 on board the flight, when all would have surely perished otherwise before a rescue team finally reached them 72 days after the crash.

One woman on the fated flight 571 from Montevideo, Uruguay, bound for Santiago, Chile, could not force herself to consume flesh from the perished bodies of family and friends. She later died. Others died from illness, injuries in the initial crash and in a post-crash avalanche that buried the plane’s fuselage (its wings and tail had been shorn off in the crash). One young man pleaded with other survivors to leave the bodies of his mother and sister alone, and the request was respected.

As an atheist, it’s heartening to me to see the top officials in the Catholic Church allowing the faithful to make their own decisions on the Covid-19 vaccines by not mandating doctrinaire edicts based wholly on religious assumptions. Vaccine directives from American bishops were generally appropriately nuanced to practical considerations.

But not all. A National Review article this week  reported that the bishop of the Archdiocese of New Orleans issued a public statement informing area Catholics that the Johnson & Johnson vaccine was “morally compromised and forbidden.” Other prelates urged the faithful to use their best judgment in weighing moral questions versus personal and community health benefits in receiving the vaccines.

The point is, the most difficult human moral quandaries are generally solved best by answering this question: “Which decision will help the most people, harm the least, and best protect the shared life of the community?”

Insisting on a particular millennia-old religious doctrine as a starting point in such a decision, regardless of modern context, won’t get you there.