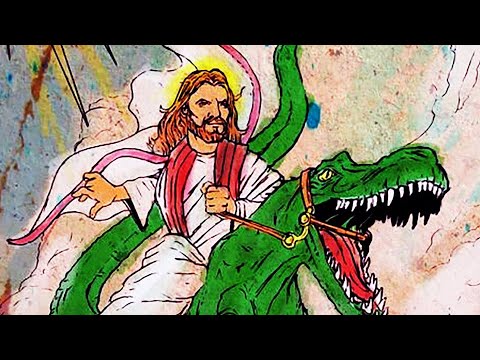 It was good news but far from great.

A bill (HB 1701) that would have allowed Arkansas public-school science teachers to teach Bible-based creationism alongside scientifically settled biological evolution was only very narrowly defeated last month by the state Senate Education Committee.

The tie committee vote (3-3), under Senate rules, meant the bill, which passed 72-21 along rigid party lines in the state House of Representatives earlier in April, was effectively dead in the water and wouldn’t progress to full consideration by the legislative body.

I earlier wrote about the Arkansas House endorsement of the bill in a post titled “Think creationism in U.S. science classes is a dead horse? If only.”). Read The Friendly Atheist post on the latest vote here.

In a nutshell, the bill, the second such legislation submitted by Republican state Rep. Mary Bentley, proposed “to allow creationism as a theory of how the earth came to exist to be taught in kindergarten through grade twelve classes in public schools and open-enrollment public charter schools.” [boldface emphasis mine]

The bill added this supposedly clarifying sentence: “This [bill] is permissive and does not require a teacher to teach 33 creationism as a theory of the earth came to exist.” In other words, Kings-X, its only voluntary and not required, so government ostensibly isn’t coercing anyone. As if.

In fact, creationism is a “theory” in only the most expansively casual of usages. As it’s used in HB170 it means something akin to “invented fantasy.” So far, too many Razorback legislators wanted to teach invented fantasies as essential in the educational context of scientific theory.

Here’s the Dictionary.com definition of a scientific theory, which I grow weary of explaining to uncomprehending theists:

“[A] coherent group of propositions formulated to explain a group of facts or phenomena in the natural world and repeatedly confirmed through experiment or observation: (e.g., the scientific theory of evolution).”

The key phrase here is “natural world,” meaning elements in the material universe that can be observed and whose properties are testable. Supernatural religion, like Christianity, is the opposite of that, and inserting it in science classes is like teaching the history of Disney characters as relevant to calculus.

“Arkansas just dodged a bullet, The passage of House Bill 1701 would have not only put the scientific literacy of Arkansas’s students in jeopardy but also subjected the state to national derision, as its precursor Act 590 did in 1981, and provoked a needless trial with a foregone conclusion.”

Comments pro and con presented to the Education Committee prior to its vote revealed the faith-based, primitive thinking that passes for rational in Arkansas.

When one opponent of the bill reasonably pointed out that every supernatural religion has a creation story, so if “creationism” were allowed in science classes what would stop, say, Muslim or Hindu teachers from teaching their traditional creation myths as well?

Rep. Bentley, in all seriousness, countered, in effect, that only Christian creationism would be allowed because America was founded as a Christian country and the Arkansas culture is predominantly Christian.

This reveals that the legislator does not truly understand the constitution’s fundamental aim to accommodate freedom of religion by separating religion from government authority and coercion — and public schools are part of public governance. So, the founding idea is that what’s good for the Christian is good for the Muslim or Hindu, etc., with none preferenced by government.

Adding to the numb-skulled silliness is the fact that the U.S. Supreme Court, in Edwards v Aguillard (1987), long ago ruled that teaching creationism in science classes is unconstitutional when “specifically intended to advance a particular religion.” As it was in the Arkansas bill.

Yet none of this is stopping evangelical legislators in the Bible Belt and various red states from continually and disingenuously trying to embed the unsubstantiated dogma of their faith in public schoolchildren’s minds from kindergarten on.

It’s welcome news that the latest attempt at creationist insertion in public-school curricula failed in Arkansas.

But that fact that if failed at the 11th hour by only the slimmest possible margin is hardly reassuring going forward.