Falun Gong, a bizarre religious cult that originated in China and believes U.S. President Donald Trump was “sent by heaven to destroy the Communist Party,” has insinuated itself deeply in American politics and the White House, according to published reports. 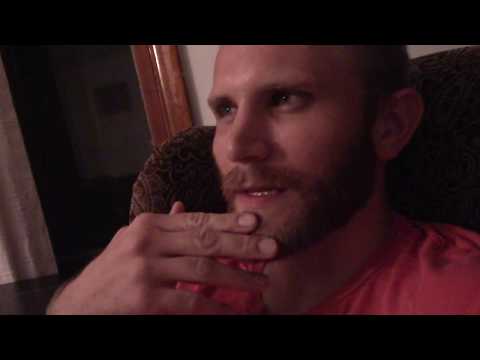 (This video embedded above is a fascinating, rational inside description of Falun Gong by an American who for a time played horn in the group dance troupe’s orchestra. He says the group’s founder claims omniscience but wears eyeglasses.)

So, Russia isn’t the only foreign player trying to influence U.S. politics by exploiting American vulnerabilities in our vastly-more-open society. And, along with U.S. evangelical Christians, Falun Gong’s the second religious group to publicly announce its belief that a divine being purposely “sent” the U.S. president to “save” something.

The cult is “rabidly pro-Trump” and committed to destroying the Chinese Communist Party, which persecuted and banned it for being a “heretical cult,” said Ben Hurley, a former Falun Gong adherent who created Australia’s English-language version of The Epoch Times in 2005 (he left the cult and news outlet in 2013). The Times appears to be the cult’s flagship media enterprise.

What should be concerning to Americans is that a foreign-born religious cult is exerting such unseemly influence on the nation’s president and his family, and has already pouring money into efforts to re-elect Trump in 2020 via political ads on social media.

The opening two paragraphs in an NBC News exposé on the cult yesterday lays out some worrisome facts:

“The small New York-based nonprofit news outlet has spent more than $1.5 million on about 11,000 pro-Trump advertisements in the last six months, according to data from Facebook’s advertising archive — more than any organization outside of the Trump campaign itself, and more than most Democratic presidential candidates have spent on their own campaigns.

“Those video ads — in which unidentified spokespeople thumb through a newspaper to praise Trump, peddle conspiracy theories about the ‘Deep State,’ and criticize ‘fake news’ media — strike a familiar tone in the online conservative news ecosystem. The Epoch Times looks like many of the conservative outlets that have gained followings in recent years.”

NBC reported that in April, videos from Epoch Media Group, which includes The Epoch Times and a video subsidiary, garnered some 3 billion views across Facebook, YouTube and Twitter. This outpouring ranked 7th among all video purveyors across those platforms and outranked all traditional news publishers on those sites, NBC reported, referencing data from the social media analytics firm Tubular.

“[The Epoch Times’] recent ad strategy, coupled with a broader campaign to embrace social media and conservative U.S. politics — Trump in particular — has doubled The Epoch Times’ revenue, according to the organization’s tax filings, and pushed it to greater prominence in the broader conservative media world,” NBC reported.

The president’s Facebook page has posted Epoch Times content “half a dozen” times in 2019 related to Trump’s re-election campaign, including several articles written by Trump campaign staffers. Donald Trump Jr. has tweeted some of the news outlet’s stories, as well, and the president’s daughter-in-law Lara Trump was interviewed for 40 minutes by the newspaper’s senior editor. The paper’s editors have also interviewed members of Congress, cabinet members and right-wing luminaries.

Founded by current leader Li Hongzhi in 1992 (he moved to New York in 1996), Falun Gong’s doctrines include, according to the NBC report, the ideas that “sickness is a symptom of evil that can only be truly cured with meditation and devotion, and that aliens from undiscovered dimensions have invaded the minds and bodies of humans, bringing corruption and inventions such as computers and airplanes.” It’s an apocalyptic cult, certain that the world is close to coming to an end. The cult is a spin off from a Chinese movement that sought a return to ancient traditional medical practices.

Keep in mind that The Epoch Times and Falun Gong operate within a web of nonprofit organizations, and, as such, appear to be legally prohibited from operating as they are in regards to politics. According to the website AZCentral:

“The IRS makes little distinction between secular and nonsecular charitable nonprofits. In the agency’s eyes, all charitable nonprofits serve the same purpose. Because of this, the IRS has strict rules prohibiting the endorsement of candidates or participation or intervention in political campaigns. A 501(c)(3) organization may not inure benefit to any individual or shareholder and cannot be organized to benefit a private interest. Making political donations would violate this rule.”

As would, presumably, donating money to pay for ads benefitting a particular candidate or campaign.

If this cult doesn’t yet sound worrisomely strange to you, consider that in January 2001 a number of ardent Falun Gong adherents set themselves on fire in Tiananmen Square during anti-Communist Party protests there in Beijing. The Encylcopaedia Britannica article on Falun Gong said that after the self-immolations in Beijing, Western media, which that had initially expressed sympathy for the group, decided it was “indeed a ‘cult’” and began to view it warily.

Previously, after a surprise protest of some 20,000 Falun Gong devotees in front of Communist Party headquarters in Beijing on April 25, 1999, the party leadership declared the group “to be the greatest danger to state security since the 1989 student demonstrations in Tiananmen Square and banned the movement as a ‘heretical cult.’”

It’s not as though American wariness of Falun Gong is new. In a report in October 2018, the U.S. news outlet Buzzfeed reported:

“In a bizarre twist to the domestic politics of both the United States and China, a Falun Gong–linked newspaper has emerged as one of the staunchest defenders of Donald Trump’s presidency.

“In recent weeks, the newspaper — offered for free in most US cities and published around the world — has published articles and graphics that would be a credit to Breitbart, promoting some of the most strident and paranoid claims from the Trump administration and its defenders.

“In one tour de force infographic, published last week, the paper laid out in excruciating and sweeping detail the claim that “Spygate” — the claim that the real heart of the Russia investigation is illegal American spying on Trump’s campaign — is “the biggest political scandal in modern history.”

But this strikes me as something that really shouldn’t be ignored, especially considering Donald Trump’s dangerously cavalier attitude about encroachments of foreign players in U.S. domestic affairs — especially by people who he believes like him.

This is not nothing. Falun Gong had an estimated 70 million followers in China as of 1999, and tens of millions reportedly still practice in China despite persecution. Hundreds of thousands more adherents are estimated to practice in some 70 countries worldwide.