Alisa Childers is a singer, author and podcaster who is clearly extraordinarily intelligent and perceptive.

Yet, she is also a devout Christian who very nearly left the faith altogether due to fundamental rational doubts but ultimately found her way back by re-embracing — “reconstructing,” in regressive Christian parlance — the airy, subjective justifications of supernatural faith she originally held dear. 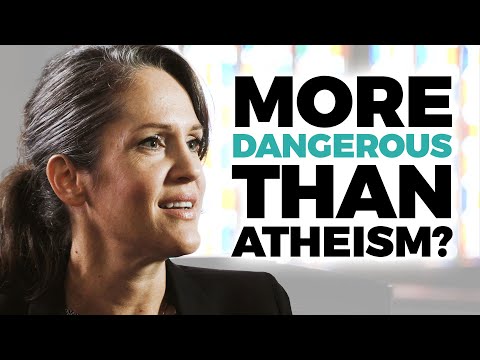 She did this by effectively ignoring all the excellent objective questions against her faith and focusing instead on the “sacredness” of  “historical Christianity” and the saving qualities of spiritual “grace,” and other elements of that self-justifying, excuse-offering branch of Christian theology known as “apologetics,” or scholasticism.

I had never heard of Childers before the other day, but I was fascinated (in disturbing ways) while watching a nearly 52-minute interview with her conducted by host Cameron Bertuzzi of YouTube’s Capturing Christianity site, whose tag line is, “BTW, Christianity is true.”

From there, I watched on Childer’s website the 5-minute explanatory video — “My Story” —  about her “authentic Christian” fundamentalist upbringing, her budding doubt, semi-deconstruction and then final, reconstructive return to faith.

I also watched her disarmingly interesting 54-minute interview with fellow deconstructed/reconstructed apologist Ian Harbor, in which he encapsulated his long journey away from and back to “historical Christianity” — ostensibly the “original” faith — as a necessary mental exercise of just choosing to believe what the Bible says is absolutely true, doubt aside. 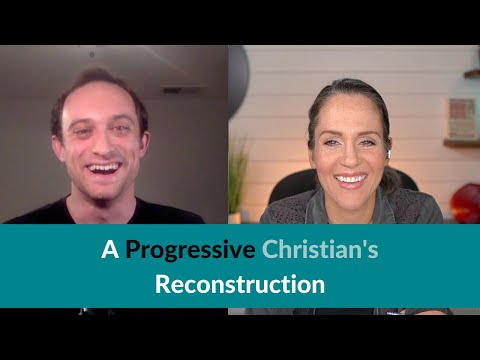 From this interview, I chose to read Harbor’s article in TGC (The Gospel Coalition), an online Christian media site. This is his disappointing (to rationalists) conclusion in the piece:

“There are more paths than ever before in today’s world—more options for spiritual ‘enlightenment’ or curate-your-own-beliefs faith. But no path leads to true happiness and everlasting life except the ‘Jesus alone’ path (John 14:6), which is narrower than we might like (Matt. 7:13) but more satisfying than we can imagine (Ps. 16:11).

“In my journey I discovered, with Peter, that God’s ‘divine power has granted to us all things that pertain to life and godliness, through the knowledge of him who called us to his own glory and excellence’ (2 Peter 1:3). In Christ, we have everything we need. Why leave the boundaries of faith ‘once for all delivered to the saints’ (Jude 1:3) in order to find life? Jesus has the words of life. He is life. Truth. The way. Where else would we go?”

Harbor wrote of arrive at his post-doubt final destination, which was exactly the same place he started out in faith:

“I’ve walked in both shoes: the shoes of those who deserted (the faith) and the shoes of (Saint) Peter who couldn’t leave, no matter how hard it seemed to stay.”

He chose the latter.

I keep reading about devout Christians whose theological questions become so grave that they seriously doubt the core tenets of their faith, yet they still find it impossible to ultimately abandon Christianity. You’d think it wouldn’t disturb me anymore, as often as it happens, considering many, many ex-Christians have been able to break free of the chains of dogma and supernatural belief. But it does, because it’s a willful, self-deceiving capitulation to irrationality, trading fantasy for the necessities of fact.

But surveys consistently tell us that, up to now, the majority of Americans view themselves a God-believing Christians. So, we need to try to understand this strange phenomenon of seemingly groundless faith in omnipotent deities that permanently resists verification.

If you want to better understand this clinging-to-faith tendency, I strongly urge you to watch some or all of these videos, and Ian Harbor’s well-written if dubiously reasoned article, all linked above.

What’s frightening to me is that Childers and Harbor — both obviously very intelligent, thoughtful and articulate spokespeople for their faith — have chosen to simply ignore objective reality so they don’t have to throw out the baby Jesus of their beliefs with the dirty bathwater doubt leaves behind.

It’s fundamentally disingenuous, but I’m sure it doesn’t feel that way to them, because they truly believe.