It was refreshing to see a relatively balanced treatment of the faith/nonfaith debate in a 2013 video (below) that I randomly found on the online science show DNews. 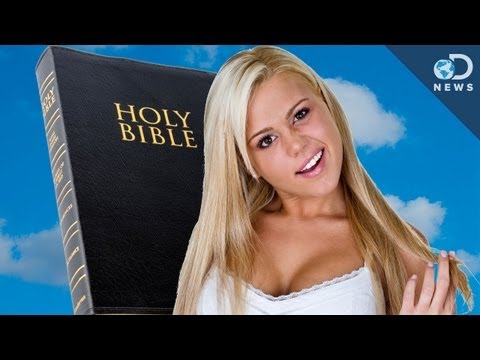 The video — titled “Does believing in God make you dumb?” — concludes, in part, from the results of 63 scientific studies over 84 years, that religious nonbelievers “likely have higher levels of intelligence” than believers. Thirty-five of the studies “indicated significant negative correlations between theism and intelligence; only two had a positive correlation,” the DNews host noted.

Research in these studies also suggests that while nonreligious people tend to be more successful than the faithful in their careers and more satisfied in their marriages, people in religious societies seem happier overall. On the other hand, DNews noted, secular societies are generally wealthier and offer more social support systems.

“So which is better, theism or nontheism?” asked the DNews host.

The video explained that research shows higher levels of religious devotion in a country can correlate with lower crime, and greater faith can improve mental health and recovery from chronic illness.

“However, it’s not all angels and harps. Upon getting to the afterlife, a religious person may have trouble fitting into their robe, because religion can make you fat. Seriously,” the DNews host points out, alluding to a study of young Americans in the Northwest that correlated faith with greater propensity for obesity.

The DNews host said scientific evidence swings both ways in whether faith or unbelief is the superior worldview in terms of positive outcomes in life.

“It seems to be that nobody is winning this battle,” he concluded.

Yet, the core question remains: Whither God?