“So he cusses when he gets mad. He says things that are brutally honest. But you need to look past that and look at what he’s done for the country so far.” 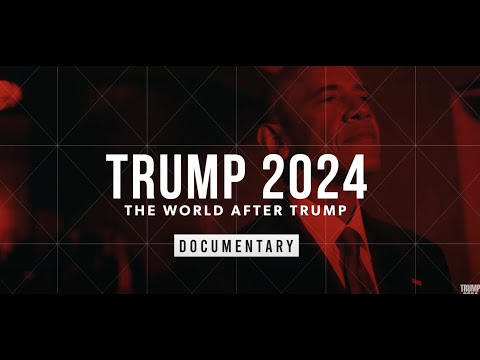 This self-delusion by evangelical zealot Franklin Graham that by omission condones profane President Donald Trump’s far-more-dangerous other flaws (like pathological lying and cruelty) begins 26 seconds into the trailer (embedded in this post) for a new film being produced by evangelical and social-conservative supporters of the president: “Trump 2024: The World After Trump”

The quote sets the film’s tone of unjustified justification.

Last month, the film’s production company, Resurrection Pictures, released its nearly 2.5-minute trailer for “Trump 2024” and announced a Kickstarter fund-raising campaign to finance distribution of the film to as many of 1,500 theaters as possible in “key markets” nationwide starting hopefully in September, the conservative Washington Times reported.

The Times article, by Christopher Vondracek, notes that the pro-Trump film “signals a departure from past fare for the company and appears to go beyond a statement of political preference to predict widespread, nefarious activity within American government.” The company’s past feature films include included such Christian family-friendly fare as 2010’s “What If …” starring Kevin Sorbo as a money-grubbing ex-minister saved by a guardian angel posing as a car mechanic.

The film highlights soundbites applauding the president and deriding his opponents from such religious and conservative luminaries as the Rev. Graham; Tony Perkins, president of the Family Research Council; Mike Huckabee, the former Arkansas governor and U.S. presidential candidate; Paula White, the White House Faith and Opportunity Initiative adviser; Brigitte Gabriel, founder of ACT for America; and a variety of prominent televangelists and megachurch pastors; and even Mike Lindell, CEO of My Pillow and a full-throated Christian apologist.

In the film’s labeled “Globalism” segment, Bible prophesy author David Robbins says, “New world order is a dream of globalists to have a one world government. … The end-time world government of the anti-Christ will be a socialistic, one-world governing body.”,” to which Huckabee adds, “… essentially, to control the entire planet.”

This is conservative Christians’ meta fever-dream nightmare in which anti-religion secularists (e.g., Communists and Socialists) forcibly conquer countries and, ultimately, the whole world. It’s a primitive terror that grips the upper echelons of the Trump administration, including Secretary of State Mike Pompeo and Attorney General Bill Barr, both die-hard Trump problem-disappearing consiglieres. Barr in particular sees “militant secularism” as a dire and existential threat to what he views as America’s “Judeo-Christian tradition.”

The following breathless hyperbole is posted on the film’s Kickstarter page:

“Socialists, globalists, anarchists, and those with hatred for our country are dismantling America’s liberties. They are forcefully silencing our voice in religious, economic, and corporate realms around the world. They are calling for the downfall of the United States at any cost.”

In fact, they don’t care about realpolitik, or political principle. What really worries them is a global erosion of faith, which continues apace, and the end of unjust but fading Christian privilege in the U.S.

Huckabee summarizes the ethos of “Trump 2024” and reiterates why rational Americans should be very focused going into this year’s presidential vote, fully aware of the national honor and safety at stake.

“Would I rather have a president who says intemperate things — that sometimes speaks a little of the cuff and maybe recklessly — but does the things that truly will get our country strong and recovering; or would I rather have a president who’s just so sweet butter would melt in his mouth, but he violates the very essence of what makes this constitutional republic of ours so very unique and special,” Huckabee asserts in the film.

Ironically, those who rationally oppose the president view him as “the very essence” of what America is not and should never be.

I post this not to encourage anyone to actually watch this film but to watch out.

And to remember, when anyone describes the president as “brutally honest,” to think exactly the opposite, which is the real truth.