Really? This is what passes for “reason” in some American cultural silos these days?

Recently, I ran across a Newsweek article published earlier this year during Democratic primary elections but which I had not yet read. It reported on an op-ed by homophobe pastor/author Bert Frias in Charisma News, a website associated with Charisma, the popular Pentecostal Christian magazine.

In his article, Frias then “decried how people are celebrating that a presidential candidate [Pete Buttigieg] is publicly introducing, and even ‘kisses without shame,’ his husband [Frias put quotes around the word] in the name of progressivism,” Newsweek wrote.

Frias, the author of four Christian books, host of a podcast, and founder of the Pentecostal nonprofit Holy Fire Ministries, believes that the Bible brands homosexuals as “depraved” sinners “deserving of death” (he references Romans 1:32 as evidence).

“The constant compromising of preachers to avoid controversy is creating much damage—not only to the world, which is looking for a clear sound from preachers, but also to believers who have little discernment or are growing tired of ambiguity,” Farias wrote in his Charisma News piece. “For example, one very influential and popular minister who has millions of followers was asked if homosexuality was wrong, and his general response was that his views were evolving. Evolving? That’s like saying the Bible is evolving. How pathetic of an answer.”

This is the kind of squishy thinking that gives religious fundamentalists a far-worse-than-bad name. This video embedded below gives you a taste of the abjectly worshipful place Frias is coming from. 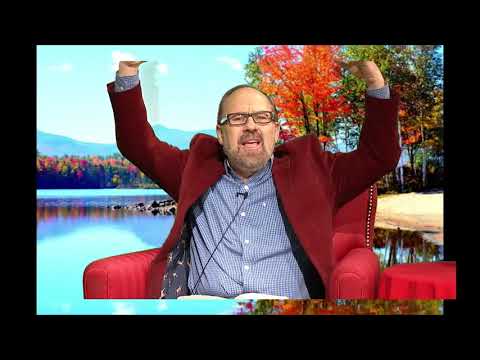 What Frias (and other Christian fundamentalists) are insisting is that writings in a millennia-old book penned by ignorant humans demand, on pain of death, that anything sexual other than between an unambiguous man and unambiguous woman is a mortal sin.

The problem is that, in the real world where reasonable people look to our earthly existence, not heaven, for answers, homosexuals (plus all LGBTQ people) are not the embodiment of “perversions” that appall the Lord but biologically and psychologically normal folks along a natural — if wide — continuum of human gender and sexual identity.

In other words, hard-core Christians are denigrating and persecuting normal fellow citizens based on irrational interpretation of ostensibly divine commands in ancient scripture.

That can’t be right in reality, much less moral.

In a 2019 Godzooks! post — “Whose rights should prevail — true believers’ or transgender youths’?” — I noted the 1970s declassification of homosexuality and diverse gender preferences by leading psychological associations, who recodified them as not mental illnesses.

Nonetheless, Frias and his is ilk don’t care what real psychology experts and ethicists in the real world say. Homosexuality is and forever will be a sinful perversion, they believe, not matter how you describe it.

“This is a description of gay activism and constantly pushing for its normalcy and marginalizing those who disapprove,” Frias wrote in his Charisma News op-ed. “This is present-day America. How far we’ve fallen.”

He rails against the same “militant secularism” repeatedly decried by U.S. Attorney General Bill Barr and other God-enthralled Trump administration officials. They see it as a clear and present danger to the Republic, which, of course, it’s not.

Farias also opined it was hypocritical to attack President Trump over a slew of allegations of his adultery and sexual assault if Buttigieg’s “abominable lifestyle” is not condemned. He argued that the president apologized for his indiscretions Buttigieg is “pushing his homosexuality, not apologizing for it.”

First off, Buttigieg has nothing to apologize for.

Second, anyone who viewed Trump’s stone-faced non-apology “apology” for his alleged transgressions near the 2016 presidential election knows that is not what an authentic apology looks like — and, unlike Buttigieg, everything the president was accused of was objectively wrong, illegal and/or immoral.

But the takeaway here is that as fundamentalist and even mainstream Christians cling to the Bible as the only book to be taken seriously in human affairs, they should know it’s a quixotic, meaning unrealistic, quest. The nation — as polls continuously show — is steadily moving away from such bigotry-supporting notions.

But it’s still damaging to national cohesion when conservatives demand that inertia is progress.