This post is about the dangers of wielding language fraudulently and irresponsibly in America as a cudgel against opponents—in religion as in politics. 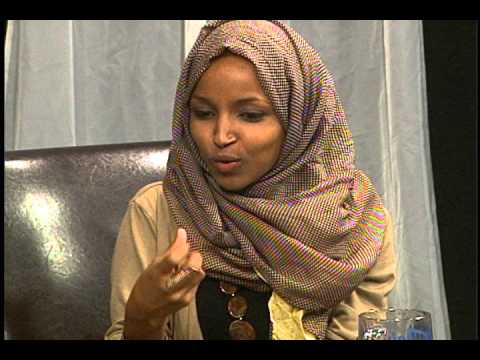 It’s not only despicable and dishonest, it’s dangerous in that it has incited the least thoughtful and most angry among us to aggression and violent acts.

In fact, abortion activists love freedom of choice and hate the oppression of any citizen’s natural and Constitutional rights under the banner of a divinity only believers believe exists. Religion has nothing to do with it except in activists’ contention that religion should have nothing to do with it, only the law.

The wages of lies

The worst-case effect of such religious demonizing has been displayed, for example, when the Christian idea of life’s divine sanctity extends to abortion, which has been deemed constitutionally legal by the U.S. Supreme Court. In the past, American Christian “pro-life” zealots have murdered and grievously wounded scores of abortion doctors and their staff members because God supposedly decreed it.

Another example of this dangerously fraudulent use of language happened this week, when President Trump, in tweets and public statements, told four elected U.S. Congress representatives—all women of color, two of them Muslim—to “go back” to the “corrupt and inept” countries they originally came from.

That was clearly racist and un-American for the leader of a country with an ignoble history of slavery and continuing problems with racism and sectarian bigotry, and that was founded and developed by immigrants—new arrivals and descendants who continue to play a major role in American life.

But he also said something that was a lie designed to inflame the most racist core of his uncritical base of supporters, who, if they read much at all, care less about truth. Remember the right-wing neo-Nazi protesters in 2017 at Charlottesville, Virginia, shouting “Jews will not replace us” as they marched through town with flaming torches.

Since when is the U.S. threatened by Jews overrunning the country? There’s fewer than 5 million Jewish Americans, hardly a potential tidal wave. What are we, pre-World War II Germany?

Intentionally misquoting Minnesota Rep. Ilhan Omar, a naturalized citizen who came to the U.S. from Somalia as a teenager, Trump said in a public statement at the White House this week:

“A politician that hears somebody, where we’re at war with Al Qaeda, and sees somebody talking about how great Al Qaeda is.”

Of course, these slanders have nothing whatsoever with the tone and tenor, much less the substance and context, of what she did say. Trump is saying these things because polls predict that energized racial fear will drive his supporters to the polls in greater numbers on election day. To hell with decorum and honesty, right?

According to The New York Times’ “Fact Check” feature, in his recent statements against the congresswoman:

“Mr. Trump was referring to — and grossly distorting — remarks Ms. Omar made during a 2013 interview on a local PBS television show when she was a community activist.

“Nowhere in the interview does she proclaim ‘love’ for Al Qaeda or ‘how great’ the terrorist group is. In fact, Ms. Omar repeatedly noted that Al Qaeda and Al Shabab had committed ‘evil’ acts and ‘atrocities’ and were ‘taking part in terror’ around the world.”

So, what Mr. Trump was doing was lying to the American people, purposefully, and unconscionably distorting the statements of a U.S. congresswoman with whom he disagrees politically to excite the racial animus of his supporters. People like the guy who sent pipe bombs to a slew of Democratic political figures to support his guy a couple of years ago. “Knock the crap out of [Trump protesters] … I’ll pay your legal fees,” the president said at one of his 2016 campaign rallies. A protester got sucker-punched while being escorted by security out of the rally.

Rep. Omar also never said she puffed her “chest out” when speaking of the anti-U.S. Islamic terrorist group Al-Qaeda, created and led by the late Mohammed bin Laden.

In fact, the statement by the president grossly distorts a statement Rep. Omar once made about the professor of a college class she took on terrorist ideology, who “every time [he] said Al Qaeda, he sort of like — his shoulders went up.”

She explained that the reason for that was that after 9/11 certain terms, such as “Al-Qaeda,” gained added “intensity,” and that Americans used them specifically to “carry weight,” to “leave something.” She said it was more rhetorically impactful to say “Al-Qaeda” than its English translation: “The Base.”

The truth is Rep. Omar has categorically rejected terrorism inflicted by Muslims, or anyone else.

But our president doesn’t want his supporters to know the truth, so he lies to them, cynically and knowingly slandering a congresswoman’s reputation to drive his most bigoted fans to voting booths in 2020. There have already been death threats sent to some of the four congresswomen targeted in the president’s latest barrage of false insults.

This is the kind of moral thug Americans want to lead them these days?