According to Maslov’s law, if your only tool is a hammer, every problem tends to look like a nail.

That probably could be fairly ascribed to myself, in that sounding alarms about and explaining the dangers of supernatural religion is the purpose of this blog — and, applying Maslov’s principles to this, it’s an occupational hazard for me to somewhat automatically see destructive religious influences deeply embedded in many cultural issues.

But, just because it’s a bias, doesn’t mean it is always invalid. As they say, even paranoids can have real enemies, they’re just often mistaken about who they are.

So, please bear with me here as I expound on a nail I believe I see.

(These two embedded videos show starkly different views of the “soul of America.”) 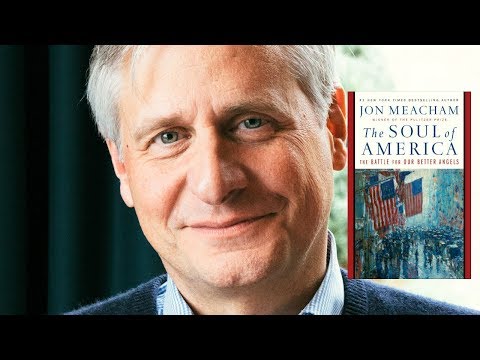 This issue is a question: Why when other nations, notably in Europe and Asia, have flattened the curves of their coronavirus assaults and in many cases crushed them, why is the United States, months after the pandemic’s arrival on our shores, still in many states setting record national highs for cases, hospitalizations, intubations and deaths attributed to the disease?

Call me Maslovian, but I see the invisible hand of majority Christian faith touching this American tragedy, further corrupted by our unique history.

As the pandemic gained steam starting in April in the U.S. and political and public-health leaders began pushing for mandated public masking and strictly limiting public crowd sizes, who were some of the most vocal naysayers? Church pastors.

They claimed, among other absurd pronouncements, that God would protect the closely congregating faithful from infection. And, in any event, how to combat the virus was a matter of personal and religious freedom far more than of public health. One scofflaw said God didn’t want him to block God-given air with a mask.

So, for instance, are we to gather from that assertion that public behavior legally mandated by stop signs, traffic signals, seat belts, etc. are somehow different than requiring people to not behave in ways that put everyone at risk of sickening and dying?

Even now, after more than 142,000 Americans have already perished in the pandemic (and we’re only part-way in), many Americans are still astonishingly insisting that mandated masking and “social distancing” are a political issue, not an urgent public health crisis.

At a mask protest on July 15 in virus-ravaged Tulsa, Oklahoma, where President Trump had led a pointedly mask-free political rally in late June, a MAGA supporter held up a sign that read: “Mandatory Masks = Tryannical Overreach.” Another one next to her read: “My Body, My Choice” (although it’s doubtful this sentiment carries over to the abortion debate for this protester).

How safe would our nation be if such self-absorption at the lethal expense of the body politic were the norm in America, and citizens decided for themselves whether they felt like complying with each and every public-health-protection law according to their private instincts and impulses?

Not very. And I don’t think most anti-maskers would even go that far. But, to them, the current scofflaw moment is different.

And, to my mind, I believe they think it’s different because religion is involved, however tangentially.

President Trump has spent his first term in office bathing his base in jacked-up culture-wars drama, and a large part of that has involved religious divisiveness — pitting his fervent evangelical Christian supporters (a huge segment of his base) against everyone else, but particularly “godless Democrats.” So, resistance to anything from the “left” (i.e., anything they don’t like) is viewed by right-wingers at least partly from a prism of religious grievance against the devils of secularism.

Even Vice President Mike Pence has banged the drum of Democratic godlessness. In a May 2019 speech to graduates at Christian-owned Liberty University, Pence castigated “Hollywood liberals,” the media, the “secular left” and others for the nation’s evils:

Like mask mandates that prohibit you going to church if the gathered faithful are too numerous for public safety.

The faithful cried religious discrimination because people in some towns and cities were allowed by authorities to go to Walmart, for instance, but not their local church. They say Walmart is not “essential” (although people buy food there), whereas, of course, worship is (although no one should ever die from lack of prayer).

Anyway, this is a straw man.

The deep religious bias and sense of religious grievance among true believers in modern America has injected faith into the noxious cultural stew stirred up by the pandemic.

When government tells them what to do and their scofflaw president seems to dismiss it, they understand that government is trying to take their (literally) sacred rights away. It becomes not what it is — a serious public-health crisis authorities are honestly trying to resolve — but a personal crisis of freedom, of which religion has been made front and center. Trump even encouraged churches to embrace their usual unmasked hordes at weekly services.

The president seemed to imply unmitigated group worship would be an almost patriotic act of civil disobedience.

Except — no surprise — people got sick at church, and some died. Others likely got sick without symptoms and, by not wearing masks, easily spread it to other believers, some of whom then died. And then reopened churches closed again.

No, this is not a religious issue except that religion has made it worse.

And it has fed a broader momentary anti-government inferno, fanned by the president to increase his re-election odds, which has led to America currently having among the most new COVID-19 cases and deaths in the world.

And public-health experts, not least global authority Dr. Anthony Fauci of the president’s Coronavirus Task Force, are now worried the current dramatic spikes in virus expansion indicators threatens to spiral out of control.

Still, many, many Americans are refusing to wear masks or social distance as the Centers for Disease Control, Dr. Fauci and every other public-health official in America has been dramatically urging for months.

Because the president to bolster his eroding re-election chances has politically weaponized the pandemic’s effect on America to his base, which is largely made up of conservative, evangelical Christians, many of whom already mistrust authority other than God or themselves. Trumpies would rather fight the government than the extremely infectious and deadly virus that their own “God” — since “He” causes everything — has ruthlessly visited upon the nation.

Reason help us against such a deity.