A moot trope that has gained the feel of consensus in recent years is that young Americans are vastly less religious than older folks.

Research strongly indicates that that’s not necessarily the case.

This 2016 video below of a “Ted Talk” by a unversity professor of religion gives a still-relevant overview of why the term “religion” embodies such complex and diverse definitions. After viewing it, you may be able to better see why appropriately characterizing people’s religious sensibilities can be maddeningly elusive. 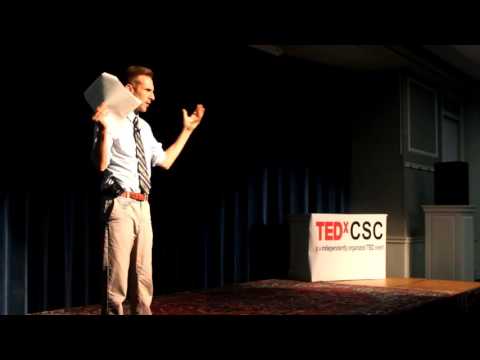 It appears that Americans from 18-29 years old hold much more complex attitudes about religion than we may think, although they are definitely going to church and formally praying less than their parents or other older citizens, and that religion is clearly less important in their lives than in elders’.

“By some key measures, Americans ages 18 to 29 are considerably less religious than older Americans,” the Pew Research Center wrote in a 2010 report, Religion Among Millennials.’ “Fewer young adults belong to any particular faith than older people do today. They also are less likely to be affiliated than their parents’ and grandparents’ generations were when they were young.”

Pew reported that a quarter of the Millennial generation (born after 1980; coming of age starting around 2000) say they are unaffiliated with any particular faith. And they are markedly more unaffiliated than even people in the immediately preceding Generation X at a comparable stage in life, and two times as unaffiliated as Baby Boomers at that life stage.

“Yet in other ways, Millennials remain fairly traditional in their religious beliefs and practices,” Pew reported. “[F]or instance … young adults’ beliefs about life after death and the existence of heaven, hell and miracles closely resemble the beliefs of older people today. Though young adults pray less often than their elders do today, the number of young adults who say they pray every day rivals the portion of young people who said the same in prior decades. And though belief in God is lower among young adults than among older adults, Millennials say they believe in God with absolute certainty at rates similar to those seen among Gen Xers a decade ago.”

So, the commonly held belief that, because young people are supposedly starkly nonreligious, America will inexorably grow more and more secular in the future may be based more on wishful thinking than reality. I’ve actually held that view myself for some years based on survey reports and articles on the topic.

Pew advises that data suggests some of the religious differences between younger and older Americans may evolve over time due to people’s “tendency to place greater emphasis on religion as they age.”

So, give the kids time, it seems to be saying.

Which is not to say that young people aren’t significantly less religious than older folks these days, perhaps just “religious” in different ways.

The results of a 2004-2006 University of North Carolina at Chapel Hill (UNC-CH) study funded by The National Study of Youth and Religion (NSYR) doubled down on this hypothesis. Study scholars concluded in the opening paragraph of their report’s introduction that:

It does appear that young Americans manifestly tend to be more liberal than their elders, on issues such as homosexuality and abortion, for instance, but many still harbor a common deep-seated need for “purpose” and “meaning” that religion is seen to provide. And they like the social and psychological comforts that religious communities can bestow.

The NSYR study, led by UNC-CH sociology professor Christian Smith, and Ph.D. graduate students Robert Faris and Melinda Lundquist Denton, further concluded that inaccurate characterizations of young Americans and their religious sensibilities derived from flawed studies that comprise the bulk of research on the issue. Their report determined that many influential earlier studies by psychologists reporting a general “storm and stress” during adolescent development were “based on observations of the adolescent clinic patients of these psychologist authors.”

“As a result, a consensus has emerged among scholars that most U.S. youth and their families do not experience adolescence as an unavoidably distressing period of intense psycho-social turmoil.”

“It is curious, then, that a version of the adolescent ‘storm and stress’ stereotype appears to continue to influence many popular and quasi-scholarly interpretations of U.S. adolescent religiosity. The youth-religion book market, for example, is inundated with works claiming in one way or another that contemporary youth — GenXers, ‘Busters,’ ‘Millennials,’ the ‘Mosaic’ generation, ‘Generation 2K,’ ‘postmodern kids’ and so on — are suspicious of, rebellious against or otherwise alienated from ‘institutional’ or ‘organized’ religion in the United States.”

For example, a 2014 article in World Religion News, “Religion Declining Among America’s Youth,” reported that:

“Overall, the younger American generations seem to be increasingly moving away from religious dogmas, preferring a more liberal and secular approach to issues.  While stances on homosexuality do seem to be playing a role in pushing the young ones away from the church, there are other factors increasingly adding to the backlash.  Stances on issues such as science, climate change, and evolution tend to further diminish religions’ credibility among young Americans.”

We only have to wait until today’s young people become old to get a more definitive picture of which way faith will go.

Or we could do better research now.